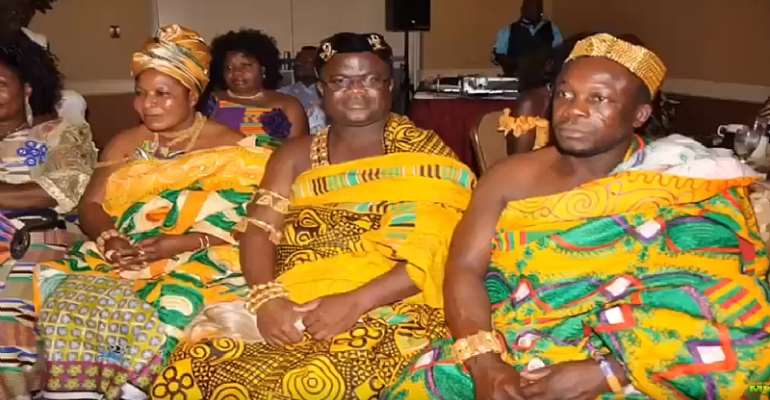 Roughly a month from now, 08/31/19 till 09/02/19 the city of Columbus in Ohio is going to stand still as all roads will lead to the Marriott Hotel. This would be the time Cobaana ( The Council of Brong Ahafo Associations of North America) would have their 10th Anniversary Convention. Even though the former state had been split into three (3), we the members still consider ourselves as one with a common goal and destiny. The future of our regions may lie beyond our vision but not beyond our control. The members have also pledged to move from being only private citizens to becoming public citizens involved in public issues which can save the nation and world. This would be the first time members are going to come out in their newly designed cloths with the logo and motto of Cobaana emblazoned in them. This alone promises to be a Convention without equal and whatever happens during this convention will be embedded in the members’ consciousness.

On 30th September 2019 from 8.00am till 5.00pm is dubbed “Cruise Friday”. Members would be on the cruise ship called Nautical Queen and cruise on Lake Erie. There would be music, food and drinks on board. On that night would be the Youth night programme and the youth would have the chance to show what they have up their sleeves. Saturday 31st August would be the arrival of all the various Associations at the Marriott Hotel. Breakfast and lunch would be served and there would also be a general meeting to find out how far the Association had come and also listen to new ideas and reflect on the future prognosis for Cobaana. On that same night would be the big Fund Raising dinner to raise money for the hospitals in all the three (3) regions. The Regional Minister for Ahafo Region would be in attendance. The theme would be “The health of our people is our concern”. It would be a salivating prospect if the Association is able to raise a huge amount of money. It is the hope of Cobaana that this soft and touching appeal would be more likely to elicit a positive response.

On Sunday, September 01 would be the picnic, from 12.00pm till 7.00pm at 9466 Columbus Pike, Lewis center. Members are going to socialize, eat, drink and listen to talks on various issues affecting Ghanaians in the diaspora. Everything that would make this Convention a success is in place and peerless. Ghanaians in the US and Canada who would be travelling during this time must not forget Columbus in Ohio because that is where all the fun would be.