Oscillating from One Extreme to Another Is Just as Bad 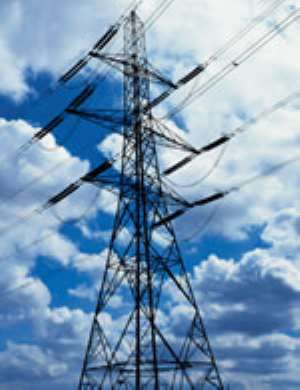 Under the business-hostile or unfriendly erstwhile government of the John Dramani Mahama-led National Democratic Congress (NDC), the problem that Ghanaians were faced with as a developing country and economy was the acute and chronic shortage of power or energy supply, which caused the total collapse of at least one-third to a full-half of all medium- and small-sized businesses, both state- and privately-owned enterprises. This chronic and acute shortage of both thermal and hydroelectric power generation was what became infamously known as “Dumsor.”

Now, under the tenure of the otherwise visionary and progressive Akufo-Addo-led government of the New Patriotic Party (NPP), the country’s energy or power-supply regime has radically shifted from one negative extreme to another equally negative extreme crisis situation. Now, what the country is faced with is the overproduction of energy resources to the extent that now we have a situation that may be aptly characterized as too many energy companies producing almost twice as much of the energy resources that are capable of being productively absorbed or used by the entire country.

For example, we were recently informed by Finance Minister Kenneth Kuntunkununku Ofori-Atta that out of an installed power-generating capacity of 5,083 MW (Megawatts), the country was only able to use a maximum capacity of 2,700 MW. The problem here is not the basic fact that the country is unable to absorb all of the energy resources produced by the various government-contracted energy companies. Rather, it is the deeply worrisome fact that the Ghanaian taxpayer, represented by the Government, has had to pay for the excess energy produced that the country either does not need or cannot readily use.

This is what the entire sterile jargon of “take-or-pay” or “take-and-pay” is about. What this also means, according to my good friend Mr. Sydney Casely-Hayford, the renowned financial analyst and prominent member of the rights group, OccupyGhana, is that the country ends up wastefully having to pay the humongous tune of $500 Million, annually, for energy produced in the country that is not being used, which costs roughly about the same amount of money for the payment of energy that is currently being used by the country. This is nothing short of the unpardonably criminal. And it is also the reason why I staunchly back the call by Mr. Casely-Hayford that it is rank corruption in this sector of the national economy that the Independent Special Public Prosecutor, Mr. Martin ABK Amidu, needs to concentrate a remarkable amount of his time, resources and attention on in order to promptly ensure that the criminal culprits and scam-artists in this sector of our economy are promptly brought to account.

There is a great irony here; and it inheres in the fact that not very long ago, when Ghana did not have an adequate power supply, the country was unwisely exporting energy to neighboring countries like Benin and Togo. So, why have our energy experts and the Government officials in charge of the energy sector not come up with any intelligent and fiscally constructive method of selling off the bulk of the excess energy produced by our power-production companies that are not or cannot be put to immediate or ready use in the country? You see, Dear Reader, the efficient and effective development of the country also needs to be squarely and significantly about wise choices and administrative competence. And in the energy sector, such skills seem to be clearly lacking.

President Addo Dankwa Akufo-Addo needs to promptly crack his whip and make some heads roll. And on the latter count, we are, of course, simply not talking about a dismissal here and/or a transfer there. Rather, what we are talking about here is the rigorous prosecution of the culprits involved as well as having some of these fraudsters and unpatriotic scam-artists spend some real punitive time in the slammer.