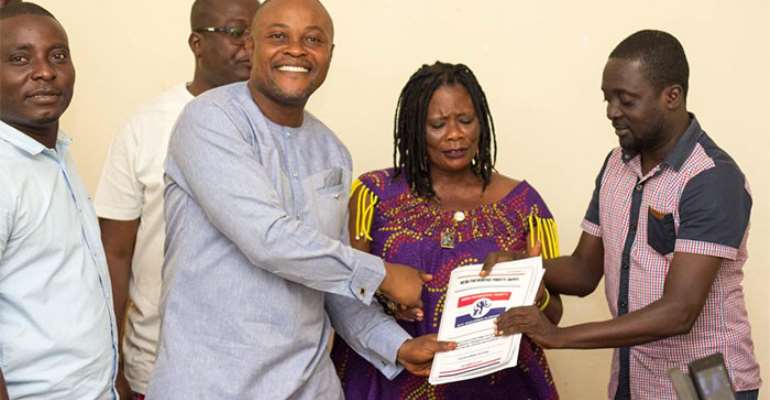 Bernard Nii Anyaa Brown has vowed to win the Ablekuma South Parliamentary seat for the New Patriotic Party (NPP) should he be given the nod to lead the party in that constituency in the 2020 elections.

NPP will on September 28, 2019, hold its primaries for parliamentary candidates in constituencies where the party has no sitting Members of Parliament.

Speaking in an interview with the media after filing his nomination, Mr. Brown observed that his decision to contest for the seat was driven by passion as he is willing to represent and advocate for the people in the constituency, particularly the youth, when he is elected serve them.

He expressed his readiness to work assiduously in the constituency and be their ardent representative in parliament as well.

“I am hopeful that I would be able to unite the people for victory and development in the constituency” he said.

The Ablekuma South Constituency seat is currently being occupied by Alfred Oko Vanderpuije of the National Democratic Congress (NDC).