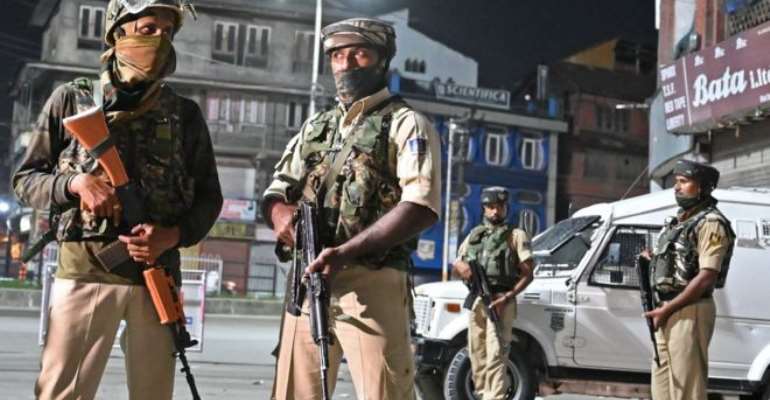 India's government has revoked part of the constitution that gives Indian-administered Kashmir special status, in an unprecedented move likely to spark unrest.

Article 370 is sensitive because it is what guarantees significant autonomy for the Muslim-majority state.

There has been a long-running insurgency on the Indian side.

Nuclear powers India and Pakistan have fought two wars and a limited conflict over Kashmir since 1947.

The BBC's Geeta Pandey in Delhi says that for many Kashmiris, Article 370 was the main justification for being a part of India and by revoking it, the BJP has irrevocably changed Delhi's relationship with the region.

Pakistan condemned India's decision to revoke the special status of its part of Kashmir as illegal, saying it would "exercise all possible options" to counter it.

"India is playing a dangerous game which will have serious consequences for regional peace and stability," said Foreign Minister Shah Mehmood Qureshi.

But an Indian government source said there was no external implication as the Line of Control, the de facto border, and boundaries of Kashmir had not been altered.

Why are there tensions over Kashmir?

During the partition of the Indian subcontinent in 1947, some expected Jammu and Kashmir, like other Muslim-majority regions, to go to Pakistan.

But the ruler of the princely state, who had initially wanted Jammu and Kashmir to become independent, joined India in return for help against an invasion of tribesmen from Pakistan.

War broke out between India and Pakistan, and Kashmir effectively became partitioned.

The region, which remains one of the most militarised zones in the world, has been a flashpoint between India and Pakistan for more than six decades.

By the time we woke up this morning, the internet was gone and we now have no mobile connectivity.

If people step out of their homes, they see paramilitary forces on every street. Almost every major road is shut - we are hearing that more troops are being deployed.

No-one knows what is happening in other parts of the state - we can't talk to anyone else.

It's an atmosphere of fear. People are scared to come out, they have stockpiled food for months.

Kashmiris have always been willing to defend the state's special status. It looks like a long road ahead, and no-one knows what's next.

In 1949, a special provision was added to India's constitution providing autonomy to Jammu and Kashmir.

Article 370 allows the state to have its own constitution, a separate flag and independence over all matters except foreign affairs, defence and communications. 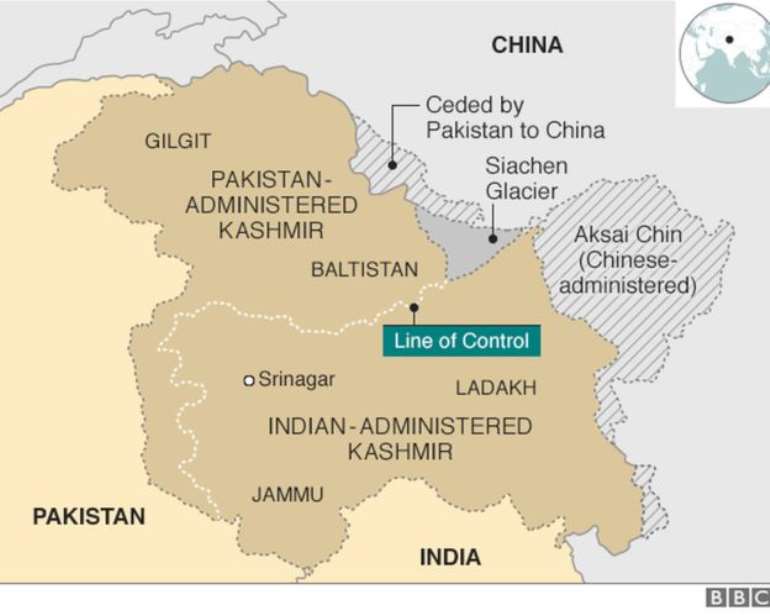 Another provision later added under Article 370 - 35A - gives special privileges to permanent residents, including state government jobs and the exclusive right to own property in the state.

It is seen as protecting the state's distinct demographic character as the only Muslim-majority state in India.

So why is India's move controversial?

The move by the Hindu nationalist BJP government prompted outrage in parliament, and some legal experts have called it an attack on the constitution.

Critics fear the move is designed to change the demographic make-up of India-administered Kashmir - by giving people from the rest of the country to right to acquire property and settle there permanently.

The state's former chief minister, Mehbooba Mufti, told the BBC she felt there was a "sinister design" to the decision .

"They just want to occupy our land and want to make this Muslim-majority state like any other state and reduce us to a minority and disempower us totally."

She added Article 370 was not given to the people of the state as a "gift", but "a matter of constitutional guarantees given by the very same Indian parliament to the people of Jammu and Kashmir".

Why is the government doing this?

The ruling BJP made revoking Article 370 part of the party's 2019 election manifesto - and it won a landslide victory earlier this year.

It has argued that Article 370 has prevented the region's development and its integration with India. 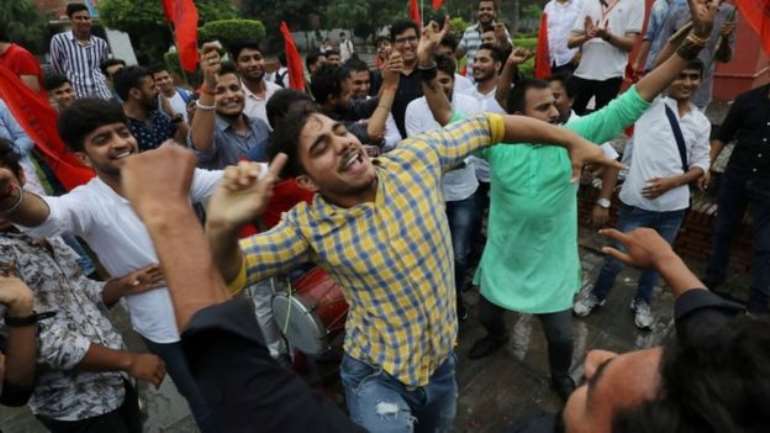 Supporters of India's ruling BJP have been celebrating the move

An Indian government source said on Monday that the region's special status had discouraged outside investment and affected its economy, while terrorism and smuggling were rife.

"A set of anachronistic provisions were not allowing the progress of Kashmir," the source said. "The huge sum of money and resources which were going into the state were not being optimised."

How did the government make the change?

India's government announced a presidential order revoking all of Article 370 apart from one clause which says that the state is an integral part of India.

The order was met by massive protests from the opposition - but has now been signed into law by President Ram Nath Kovind.

The government also proposed dividing the state into two regions ruled by the central government, and a bill to that effect passed the upper house on Monday and will now go to the lower house where the BJP has a majority. 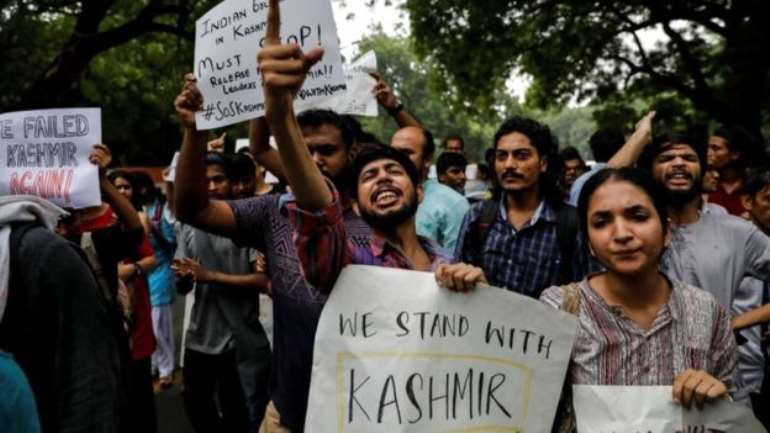 Changing Article 370 also requires the assent of the state government, but Jammu and Kashmir has been under the rule of a governor since June 2018 when the BJP pulled out of a state government coalition with the regional People's Democratic Party (PDP).

This effectively means the state has been ruled directly by Delhi through a governor, who has agreed to the bills.

What has been happening in Kashmir?

Indian-administered Kashmir is in a state of lockdown.

Curfew-like conditions have been imposed, and orders preventing the assembly of more than four people have been introduced.

Tens of thousands of Indian troops were deployed to the region ahead of Monday's announcement and tourists were told to leave under warnings of a terror threat.

In the hours before Monday's announcement, two of the state's former chief ministers - Omar Abdullah and Mehbooba Mufti - were placed under house arrest.