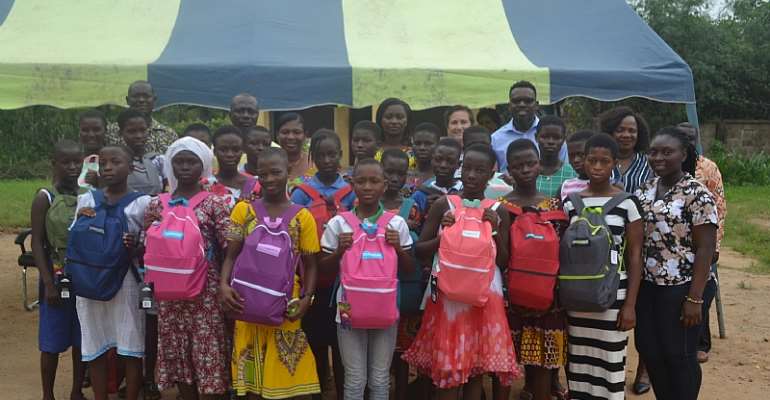 Agona West Municipal Chief Executive, Hon. Mrs. Justina Marigold Assan, has indicated that Girl-Child Education is her topmost priority to eliminate teenage pregnancy and school drop out in the Municipality.

According to her, it behooves on every individual to support Girls education adding they form the greater percentage of the Ghana population.

"Since my assumption into office as Agona West Municipal Chief Executive, I have tried to ensure the development of Women particularly Girl-Child Education in the Agona Municipality.

This is evidenced in numerous programmes organized for females across the Municipality including training workshops for Women and ICT training for Girls among others.

The item includes Mathematical Sets, Drawing Board, Pens and Pencils, school uniforms, pair of shoes for each girl, school bag and supplementary readers among other things.

The MCE noted that Agona West Municipal Assembly was blessed for having females offering quality leadership at their occupied positions.

" I being the Municipal Chief Executive for Agona West, the Member of Parliament for Agona West Constituency, Hon. Mrs. Cynthia Morrison and our two Circuit and Magistrate Judges are all Women this shows why we have taken Girl-Child education to the higher level.

This also explains the Assembly's collaboration effort with Guraba Hands Foundation to put smiles on the faces of some female pupils who are striving to make it to the top of the academic ladder but face financial challenges.

The MCE encouraged parents to support their Girl-Child education with the little resources they have adding God would not let their labour be in vain.

" God will bless you abundantly to you to reap the fruit of your labour in the future. Now to you my pretty girls who have been selected for this project, I want you to let these items motivate you to continue to take your studies seriously.

Shun bad company and also take your religious life also seriously so as to achieve greater heights in life.

I will like to thank Management and Staff of Guraba Hands Foundation for their kind gesture. We are extremely grateful to you"

The Deputy Municipal Director of Education In Charge of Finance and Administration of the Ghana Education Service, Madam Susana Danso said the Educational Directorate has stated Swedru Girls Model Basic School to give the girls quality and moral training.

She was grateful to Hon. Mrs. Justina Marigold Assan for spearheading Girl-Child education in the Agona West Municipality.

The President of Guraba Hands Foundation, Mr. Frank Appiah noted that the Foundation had early in the year donated some ICT equipment to deserving pupils and schools which competed in the finals of the 2019 Inter-School Quiz Competition during the 2019 Independence Day Anniversary.

He promised to sponsor the Girls throughout their Basic Education. 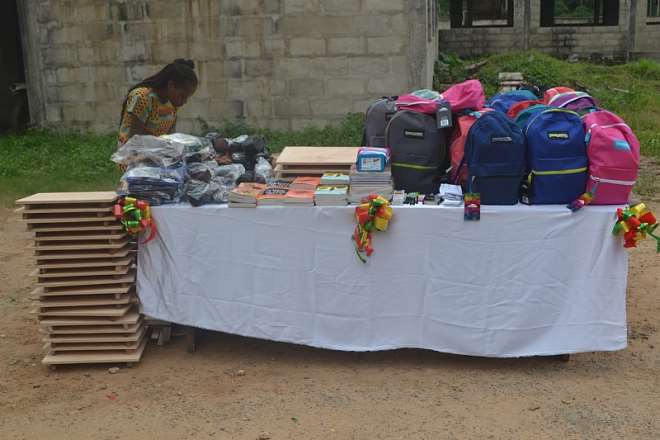