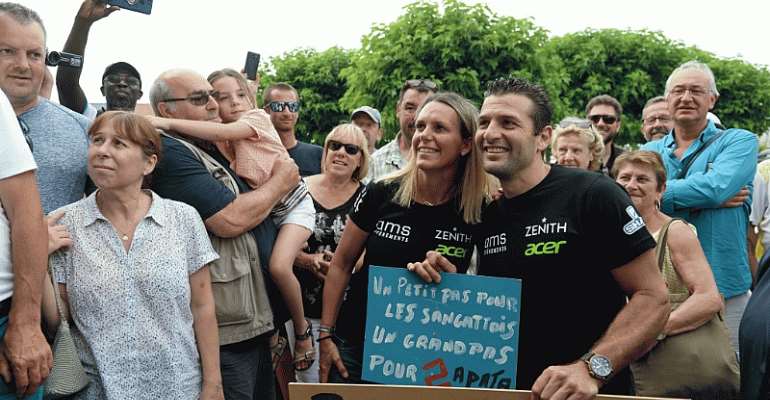 Flying Frenchman Franky Zapata who jet-powered  his hoverboard across the English Channel on Sunday intends to unveil a flying car by the end of the year.

The 10-turbine flying car that would be easy enough for anyone to pilot, without requiring the physical strength and long hours of practice to master the Flyboard, Zapata believes.

"We expect to have the authorisations for test flights in the coming days," he said, adding that it would initially have a range of 100-120 kilometres.

“We're going to take a bit of holiday... and then the whole team will get back to work so it's ready”

Zapata worked on his hoverboard for the past three years, despite losing parts of two fingers during its maiden flight in his garage near Marseille, when they got sucked into the turbines.

Passionate about mechanics
Dyslexic and colourblind, Zapata left school at 16. But his determination shined in international jet-ski racing.

"He couldn't distinguish between the yellow and red buoys indicating the route on the right or on the left," he told Franceinfo.

"So he stayed in second or third place to follow the others until the last lap, then he went all out to win."

The son of a construction contractor, he was always passionate about mechanics. Zapata worked out how to make his jet-skis more powerful, Lagaf said.

"Stuntman, pilot, entrepreneur, inventor -- I'm not sure what I am, a little bit of everything and nothing at the same time," Zapata said recently.

He already holds the Guinness World Record for the longest hoverboard flight, a 2.2-kilometre trip over the Mediterranean Sea in April 2016.

No Guinness adjudicator was on hand for the latest Channel attempt, though a spokeswoman said he could still be awarded a new record if the trip met its guidelines.

Zapata burst into the spotlight at this year's July 14 Bastille Day military parade in Paris, where he buzzed above a crowd of stunned onlookers that included French President Emmanuel Macron.

Macron on Sunday tweeted his congratulations for Zapata's latest success. "With this new feat, you continue to outstrip the limits of French military innovation. You are an inspiration for everyone, thank you."

Zapata's device has also captured the attention of the French defence ministry, which in December gave his company, Z-AIR, a 1.3 million euro ($1.4 million) development grant, in particular for improving the turbines.