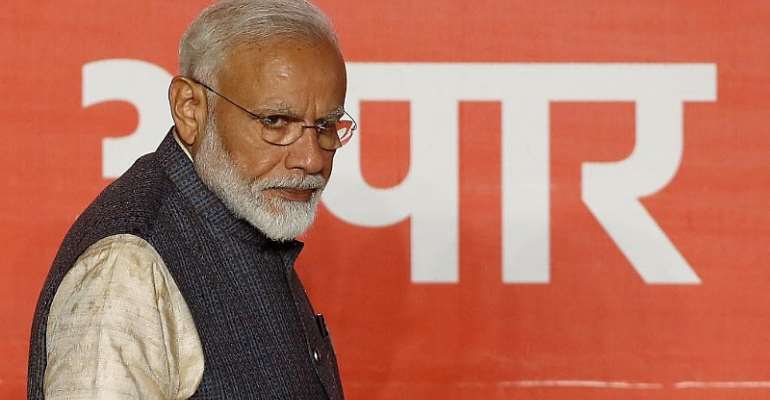 India has abolished the special status for disputed Kashmir through a presidential decree, hours after imposing a major security clampdown in the region.

Communication in Indian Kashmir has been suspended while three cabinet ministers are under house arrest as residents fear that India's Prime Minister Narendra Modi's government is planning to weaken the special rights of those living in the disputed region.

Since the early hours of Monday, Indian authorities announced they would impose restrictions on public movement including the shut-down of education facilities in the region's main city Srinagar.

All of Kashmir is under curfew with Section 144 being imposed in several districts.

That section of the penal code is issued in urgent cases of security threat or riot and prohibits the gathering of five or more people in an area where it has been imposed.

The notification is issued by the District Magistrate of the area.

The decree says the measure comes into force "at once".

Since 1947, Kashmir has been divided between India and Pakistan since their independence.

The Indian-administered part of the territory has been undergoing an insurgency for three decades that has left tens of thousands dead.

Article 370
According to India's Constitution, Article 370 grants the state of Jammu and Kashmir to be an autonomous state under the temporary provisions of "special status" state.

As an extension of Article 35A, it also allows the state to have its own constitution, flag and the right to handle its own laws except on matters that impact national security.

The article goes on to say that provisions of Article 238, omitted from the Constitution in 1956 when Indian states were reorganized, does not apply to Jammu and Kashmir.

But the unilateral move by Delhi could be seen as illegal and unconstitutional, making matters even more unstable in the already militarized region.

In recent days, an additional 10,000 troops were deployed to Kashmir, which is already one of the world's most militarized regions.

Delhi has also ordered thousands of tourists and Hindu pilgrims to leave.

Fears are now rising as many worry that Delhi's move in essence opens doors to Indians from outside the Muslim-majority territory to permanently move and integrate into the region.