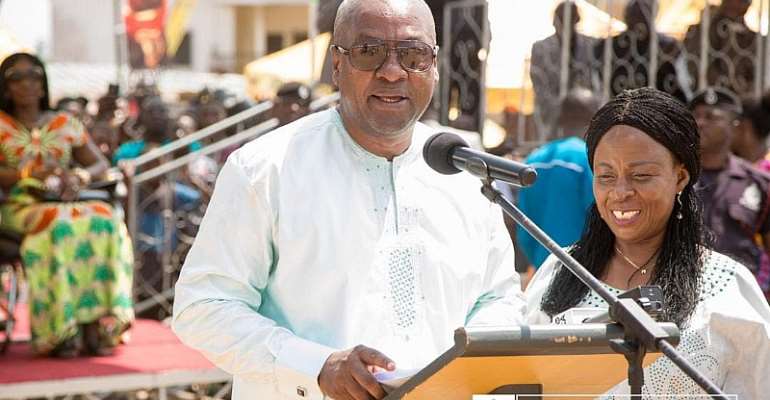 The flagbearer of the National Democratic Congress (NDC), John Dramani Mahama, on Sunday assured the chiefs and people of the Ada Traditional Area that the next NDC government will continue with the sea defence project to protect communities along the Ada to Ningo Prampram coastline.

Speaking at a church service to climax the 82nd Ada Asafotufiami Festival, Mr. Mahama who is also a former President said the first phase of the sea defence project, which was completed during his administration, is helping curb the fast rate of erosion of the beach front.

“When I form my government in 2021, I want to assure you, Nene Akuaku, that we will reinforce the current sea defence works, and continue with the second phase. This will include the Kablevu area, Lolonya, Goi, Anyamam, Akplabanya, Wokumagber to Ningo Prampram”, President Mahama announced.

President Mahama congratulated the people of Ada for sustaining the annual celebration of the festival. He noted that Ada is one of the few places where their annual festival and the attendance of its citizens have continued to see a yearly growth in interest and participation.

He challenged the chiefs and people to move to the next stage of developing a sustainable, local economic blue print, that will harness the opportunities of the Ada area, which include tourism, vegetable and fruit farming.

“You have one of the most resourced traditional areas of this country, and I urge you to move to the next step. Apart from the tourism and hospitality business opportunities, this area has also proven to be a fruit and vegetable basket”, he advised.