2019 Hajj: So Far So Good; All Pilgrims Airlifted--IC Quaye Assures 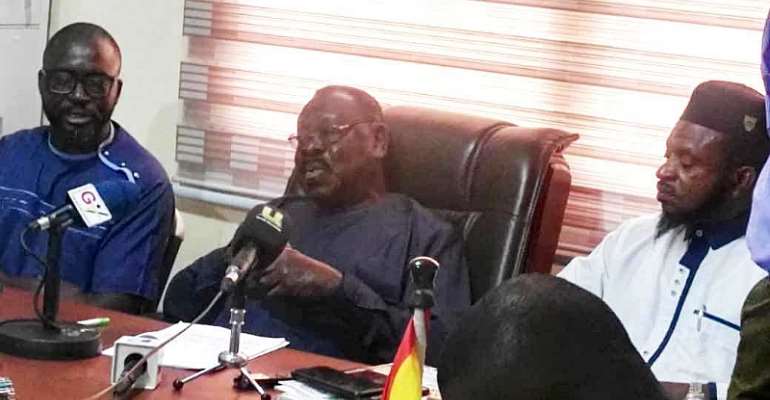 The Chairman of the Ghana Hajj Board, Sheikh IC Quaye, revealed on Sunday at the Hajj Village in Accra that the coordination of the 2019 Hajj Pilgrimage has been more than smooth and successful.

Against this background, he has assured that all 6003 pilgrims have been airlifted to perform this important element of the 5 PILLARS OF ISLAM.

Sheikh IC Quaye made this known at a news conference held at the Hajj Village.

"The 2019 Hajj departures from Tamale International Airport to Medina as well as the Kotoka International Airport, which ended at 2:p.m. today Sunday 4th August 2019 has been successful. Tamale had six flights which started on schedule and every flight scheduled was professionally executed without any hitches," Sheikh IC Quaye announced. 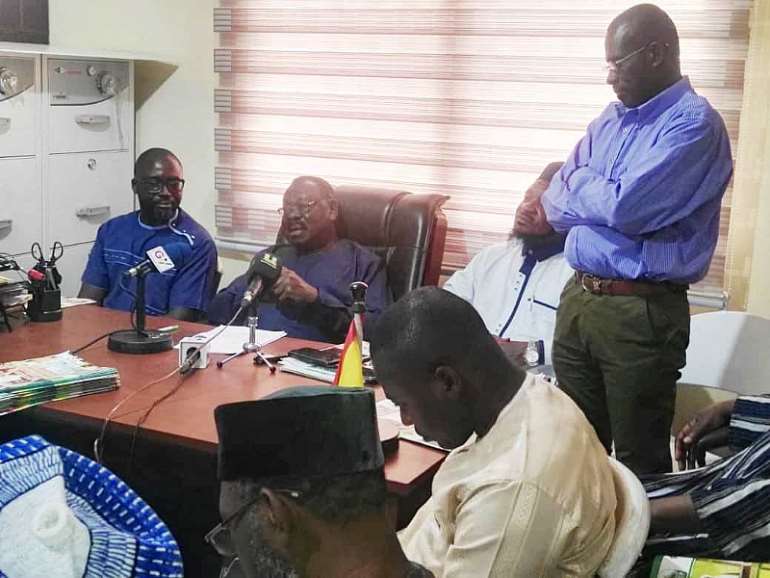 He said the Kotoka Airport, on the other hand, had seven flights and all were on schedule without any glitches.

IC Quaye further disclosed that the Tamale pilgrims were sent off by four powerful chiefs under the direction of the Yaa-Naa, His Royal Majesty Abubakari Mahama II.

"The Yaa-Naa was so excited, with the professionalism of our operations and the honour that was done by the Hajj Board to his Royal Kingdom."

According to him, the Hajj Board has put everything in place to ensure that this year's edition becomes one of the best after recording similar successes in 2017 and 2018.

It would be recalled that the first batch of Ghanaian pilgrims was airlifted Wednesday 24th July at the Tamale Airport to perform this year’s pilgrimage in Mecca. About 492 pilgrims left with Boeing 747-400 aircraft in the Northern region.

He attributed this year's remarkable performance of the Hajj Board to a lot of factors including the official involvement of the security agencies, ICT Infrastructure, massive improvement in communication between the board, the agents, pilgrims and other stakeholders.

This, he identified, ensured the smooth running of events which are highly commendable.

Sheikh IC Quaye said this is the first time the Hajj Board ensured full participation of the security personnel including the Armed Forces, Police, and Fire Services.

He expressed immeasurable gratitude to the entire Hajj Board for their indefatigable work and commitment towards the realization of another successful Hajj Operation.

The Hajj Board was inaugurated by His Excellency the President, Nana Addo-Dankwa Akufo-Addo on the assumption of office following the outcome of the 2016 General Elections.

Due to the importance and the sensitivity of the Hajj to the Muslim community and the nation at large, the Hajj Board was among the very first of Boards to be inaugurated.

The president at the time reiterated and underscored the pain that Ghanaian pilgrims go through annually at the Hajj Village before departure.

The president tasked members of the board to ensure that the negative experiences of the Hajj Village became a thing of the past.

The Hajj Village has witnessed massive transformation under the able Chairmanship of Sheikh IC Quaye with Hajj processes such as package payments, processing and acquisition of visas, provisions of services to pilgrims in Mecca and Mina and Arafat as well as most importantly feeding have seen incredible streamlining.