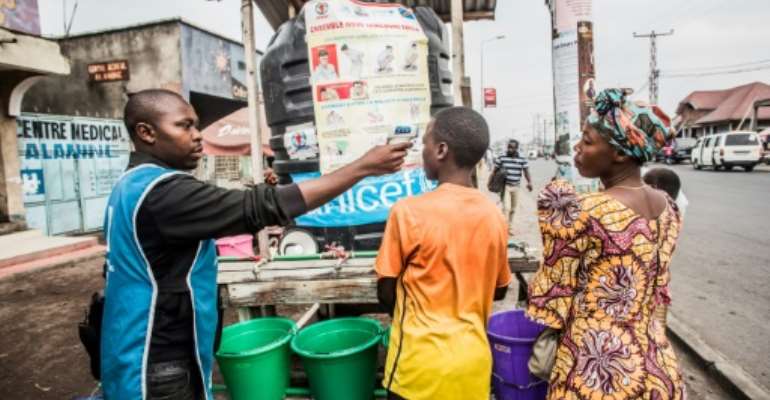 Twelve people were ordered to undergo testing for possible Ebola infection in Goma in DR Congo on Saturday, only days after three patients in the densely populated city tested positive for the disease, the country's presidency said.

"A total of 12 people from various centres on the outskirts (of Goma) are undergoing testing after the response team triggered the alert protocol," it said in a statement.

Six others suspected of carrying the virus were discharged after testing negative on Friday, the presidency added.

She is the daughter of the second patient, a gold miner, who died earlier in the week.

His wife, also infected, and the young girl were in stable condition on Saturday, the presidency said.

Goma is the capital of North Kivu province, which has borne the brunt of the year-old epidemic that has claimed more than 1,800 lives.

Other countries in the region fear the virus could spread from DRC to their territories.

The disease is spread by contact with infected body fluids and is fought with laborious techniques of tracing contacts and quarantining them.

There is no medical cure for Ebola, although an unlicensed but tested vaccine has been widely deployed to help protect frontline workers.

The latest epidemic is the second deadliest on record after more than 11,000 people were killed in Guinea, Sierra Leone and Liberia between 2014 and 2016.