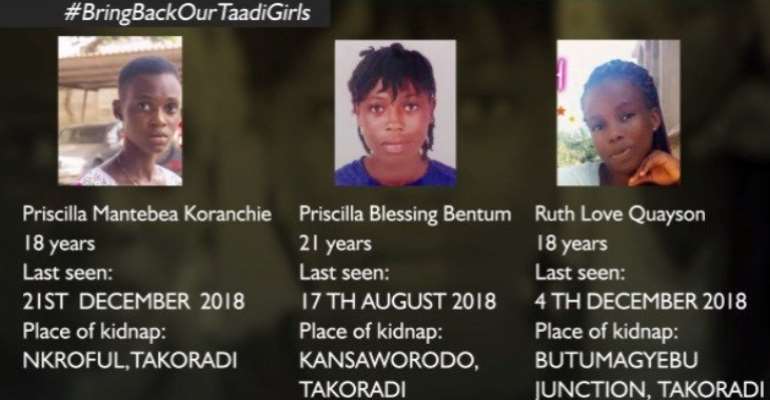 Families of the three Takoradi kidnapped girls have suggested that the hierarchy of Ghana's security apparatus should prepare the prepare to vacate their post if it is established that the human parts recently discovered by the Police are that of their daughters.

This follows announcement by the police that they have retrieved human parts in a septic tank behind the house of one of the suspects on Friday.

In a statement confirming the operation, police revealed that the discovered remains will be sent to the forensic science laboratory of the Ghana Police Service for analysis and further investigation.

Reacting to this, spokesperson for the affected families, Michael Hayford Grant explained that the new development defeats earlier assurances given by security officials in rescuing the girls.

“I am short of words in the sense that I do not know the kind of work the Police are doing and if it is true [that the remains are that of the kidnapped girls], that means the Minister of State in charge of National Security, Bryan Acheampong and Madam Tiwaa have to resign.”