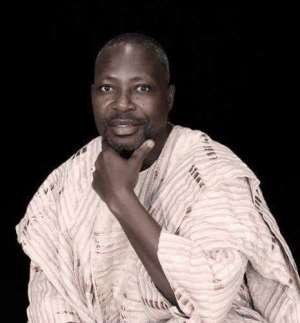 April 14, 1979 change the course of the Liberian political history forever and produced it villains (those from the oligarchy who arrested, wounded and murdered our people for standing up for their rights) and heroes (those who march with our people into history to defeat the system that oppressed them). One of its foremost heroes is Prof. Alaric Tokpa, a fearless and decent Liberian revolutionary icon, a political scientist and former student leader.

From a humble upbringing, Prof. Alaric rose to become one of the most embellish national student leaders who championed the cause for democracy, political rights and social justice in Liberia. While serving as the Secretary General of the Liberia National Student Union at a very tender age, he signup for the Movement for Justice in Africa (MOJA)—A Leftist Pan Afrikanist pressure group that was agitating for social justice, academic freedom, democracy, peace and the improvement in the objective living conditions of masses of the people living in Liberia and Afrika. The Progressive struggle took place at the time the masses were denied access to universities, excluded from participating in the democratic space and subjected to harsh living conditions in shantytowns and slum communities such as Buzzy Quarters, Doe Community, Sonniwein, West Point and Sinkor etc. Alaric Tokpa and Progressive icons like Dr. H. Boima Fahnbulleh struggled to change this viciously scanty political system that pariah our people in their own homeland. He was one of the five student leaders of the Liberia National Student Union (LINSU) that were sentenced to death on firing squad by the PRC Junta military government in January 1982, but he was later reprieved by the grace of God while his colleagues were killed violently. Subsequently 1985, he was again illegally jailed in the dingy solitary prison of Belle Yellah with hard labour sentenced and remained in prison until the end of the military despotism of Samuel Doe. These unjust confinements and torrid experiences in prison did not deter him as a revolutionary praxis to struggle for good governance, accountability in public service, human dignity, people's power and the elimination of the bubonic plague of corruption that is wiping out political hygiene from our society which has painted on him a tattoo of revolutionary insignia and a seal of national heroism ; an enviable status and impeccable reputation he behold among prominent members of the Liberian political class. Since his release he has been more critical and verbose against injustices, inequalities, state plundering and bad governance everywhere in the world.

Prof. Tokpa as a practical theorist did not only fight against injustices and corruption in government and politics for over 27 years, but also blended theory with practice by contesting for a seat in the House of Legislature of the Republic of Liberia and the Presidency along with George Klay Kieh as Vice Presidential candidate on the ticket of the New Deal Movement in 1997 and 2005 respectively because he holds that fighting for the people in the streets and trenches is not enough in the liberation struggle but also providing quality leadership and strengthening the jurisprudence value of the legislature is critical to improvement in the quality of the leadership of the Executive Branch of government and the pursuit of national development. But the irony here is eloquently express in the words of his revolutionary comrade Dr. H. Boima Fahnbulleh Jr. " The masses don't know their leaders, they celebrate and elect thieves but vilify good men and women". Had Alaric and other members of the Progressive Class succeeded in obtaining state power, there's no doubt that Liberia would have been an isle of prosperity and national development by now.

What distinguishes Prof. Tokpa from his contemporaries is the truism that he has never signed up for a government job due to the prevalence of corruption, bad governance, inequalities, injustices, bad leadership and the failure for each regime to improve the lives of the Liberian people since the Rice and Rights Revolution of 1979. He served as Chairman of the Political Science Department of the University of Liberia and former Professor of Political Science at the University of Liberia. Prof .Tokpa lives a modest and decent life by providing consultancy for NGOs/CSOs and INGOs at home and abroad. In addition to teaching and research, his engagement with subsistence farming and facilitating workshops for local farmers has given him exposure to the rustic pastoral living conditions of the people and lucid knowledge of the suffering of Liberians in urban and rural areas.

Despite the Progressives political pitfalls of not reaching the heights of political power, they have never bullied the people and have always stood on the side of the defenseless masses from time to time. They were with the masses against the tyranny of M.Sgt. Samuel K. Doe. They fought with the people against the phony dictatorship of Charles Taylor; they sided with the people against the kleptocracy of Madam Ellen Johnson Sirleaf and are still with the masses currently at the barricades boxing against the emergence of Black Fascism and kakistocracy under George Weah. Prof. Tokpa and others in the Progressive Class have devoted their lives to the struggle for justice, the generous good of all and the equitable distribution of the wealth of the state for the betterment of all of its citizens which makes them the "golden generation" of activist in the Liberian history.

Prof. Alaric Tokpa life of struggle can be sum-up in the oath of a Knight of King Arthur's and the Legend of the Round Table and should be for all of us to take to heart.

"I will develop my life for the greater good. I will place character above riches, and concern for others above personal wealth, I will never boast, but cherish humility instead, I will speak the truth at all times, and forever keep my word, I will defend those who cannot defend themselves, I will honor and respect women, and refute sexism in all its guises, I will uphold justice by being fair to all, I will be faithful in love and loyal in friendship, I will abhor scandals and gossip-neither partake nor delight in them, I will be generous to the poor and to those who need help, I will forgive when asked, that my own mistakes will be forgiven, I will live my life with courtesy and honor from this day forward".

"We can't be taking pleasure from the poverty-stricken condition and abject misery of our people then we say the struggle must end. We can't be in haste to get rich and pretend that the struggle is coming to an end. On our side, the struggle is just beginning" —Prof. Alaric Tokpa.

Sixty-one (61) years at the barricades and onwards stronger and hungrier in the people's struggle for a better Liberia— Happy Birthday Prof. Alaric Tokpa!

Semper Paratus—Dominus Vosbiscum!
Godspeed!
About the Author: Mustapha N. Kanneh (Ataturk) is a Senior Student at the University of Liberia studying Economics and the Chairman on Press, Propaganda & Information of the Student Unification Party (SUP). He can be reached at: Email: [email protected] or Cell number: +231770179193.