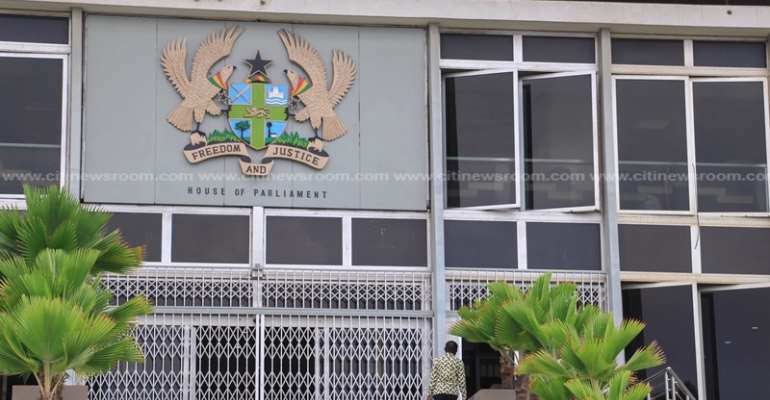 Members of Parliament have gone on recess after Parliament ended the second meeting of its third session.

The last day of sitting run deep into Friday evening where a number of Bills were passed in the wake of the mid-year budget review.

Also approved on the last day was a $1.5 billion cocoa syndicated loan and an $11 million loan for the procurement of equipment for the Armed forces.

Other notable Bills assessed and passed since this meeting begun on May 28 include the Vigilantism and Related Offences Bill.

The past meeting of the House most recently welcomed the Speaker of the United States House of Representatives, Nancy Pelosi, who addressed Ghana’s legislature.

Nancy Pelosi, who led a Congressional Black Caucus delegation to Ghana, charged Ghana to continue to uphold human rights and other democratic ideals.

But this past meeting is likely to be remembered for the protest against a proposed plan for a new parliament complex.

Some Ghanaians started the #DropThatChamber movement on social media after Parliament announced its intent for the new complex.

MPs from both sides of Parliament also opposed the project.

Civil Society groups also insisted that constructing a new complex for Parliament will be a misuse of resources.

The Commander-in-Chief of the Economic Fighters League, Ernesto Yeboah, and two others were detained by the Parliamentary Protection Unit after they disrupted sittings in the House back in July.

There was a similar drama in June when Parliament gave a second thought to the safety of its MPs after a man attempted suicide in the chamber.

The despairing man, who tried to end his life requested to see the MP for Kwesimintim, Joseph Mensah who was not readily available to meet him.