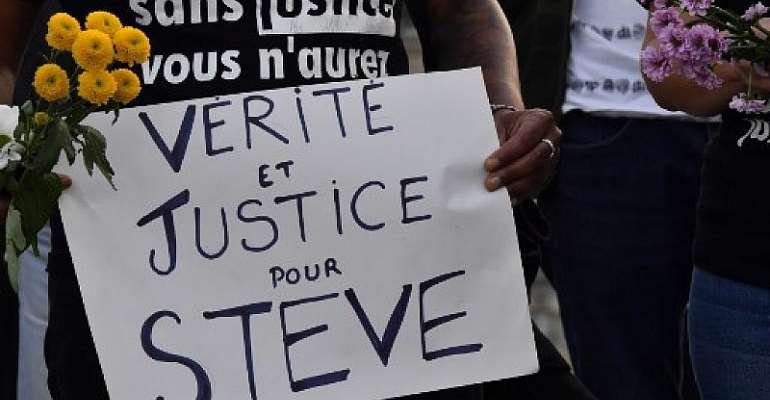 The city of Nantes in the west of France is preparing for a tense Saturday following calls to protest in tribute to Steve Maia Caniço and against police violence. The protest is being launched without the support of the family. The city center is already closed to gatherings after the Yellow Vests protests earlier in the year.

Protesters are expected to start gathering around 11:00 on the island of Nantes, not far from the yellow crane, where the body of the 24-year-old was found Monday in the Loire.

Steve Maia Caniço had disappeared in the night of June 21 to 22 during the Fête de la Musique, while attending a concert on the banks of the Loire, when police forces intervened.

During that night, several people had fallen into the river. Participants said they were blinded by tear gas.

A "demonstration against police violence" is due to start at 13:00 at the Commerce station, in the city center, in the immediate vicinity of the perimeter prohibited by the authorities.

In a call to protest, one of the organisations Nantes Revolt asked people to come out because they claim the police attack of the Music Festival is only the culmination of years of violence and impunity for the police ".

Family and friends of Steve Caniço refute the police enquiry's findings and have been demonstrating in Nantes under the banner "Justice for Steve".

Earlier this week Tuesday night they gathered in Nantes to light candles along the River Loire close to where he died. Many were angry.

"There's anger because the internal police enquiry said there was no link between Steve's death and the police charge," said Alexane, a close friend of Caniço's.

"That's a bit ironic when you know that the last person to see him was 10 minutes before the police charged and that he was sleeping. I don't see how it's possible that there isn't a link.

"What's happening is unbelievable. For Steve's friends and family, if no one admits what happened there will always be bitterness?”