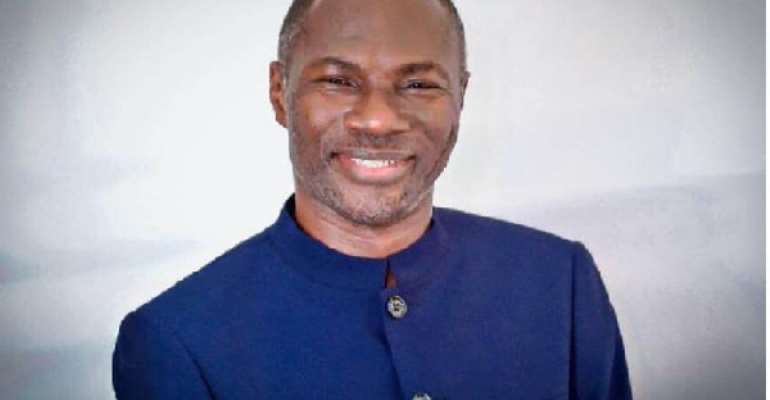 It took me a while to write on this topic because quiet frankly I thought the whole hullabaloo about it was unwarranted. The whole country is up in arms because one pastor who lacks intelligence, not that this is something new under the sun, has insulted women from the Ashanti, Volta and Central region. Some Ghanaians are calling for this pastor to be punished because of his opinion, which is not against Ghanaian law. For those saying that the pastor is inviting violence, hatred, tribalism and so on and so forth, are spewing none sense.

It's the pastors opinion, you may or may not agree with it, however he's entitled to it. It's not like he's the only tribalist in Ghana and if the people in his church cannot sift the kind of advice they should or should not take. That's their issue. The problem is excuse me to say, some Ghanaians have become so foolish that any pastor or 'anointed man' of God becomes a respectable and knowledgeable figure in their eyes. Who is this prophet that his opinion is so important. Some say is because he has a public platform, so do Youtubers, Instagrammers, Facebook public figures, celebrities etc. Do we always follow what people with platforms say and do ?

This whole thing about Ghanaian women from those tribes not getting married because of what the pastor said is ridiculous. Any man who is easily swayed by another man's comments and cannot deduce right or wrong is not ready to be married. I hope those women are not so desperate to take a man who believes in such things. This is not a big deal.

The Ashanti king, Kings and Queens in the Ashanti region, Central religion and Volta region are not going to get involved. Neither is the president or parliament because the pastor is stating his opinion and there is freedom of speech in this country. These people are too important to be wasting time on unnecessary issues. Who is this Pastor Kobi, that they have to come and deal with his unsubstantiated theories. Is he the only one who utters tribalist statements in Ghana ? Or is Ghana a state where freedom of speech is not recognised ? The pastor hasn't incited violence like Kennedy Agyapong, he hasn't abused his church members, he hasn't uttered death prophecies and yet Ghanaians want to crucify him. Yet, do not crucify those doing real evil in the church.

I don't care what this man has said, if you think it's true good for you. If you don't life goes on. What's the problem with Ghanaian education and intellect this days, that people cannot accept a common opinion. If bigotry is not affecting social mobility, culture and financial mobility. Who cares. If bigotry is not putting your life or health in danger, who cares. This pastor is not important or influential enough for his words to do these things. If Ghanaians were not so busy worshiping fools on the pulpit, why would a stupid man's opinion rattle so many feathers.

Let's think of corruption, abuse, the damage the church is leaving on our people. As well as poverty, inequality, tribalism that actually affects important things like social mobility etc and so stop wasting time on a nonsense issue.