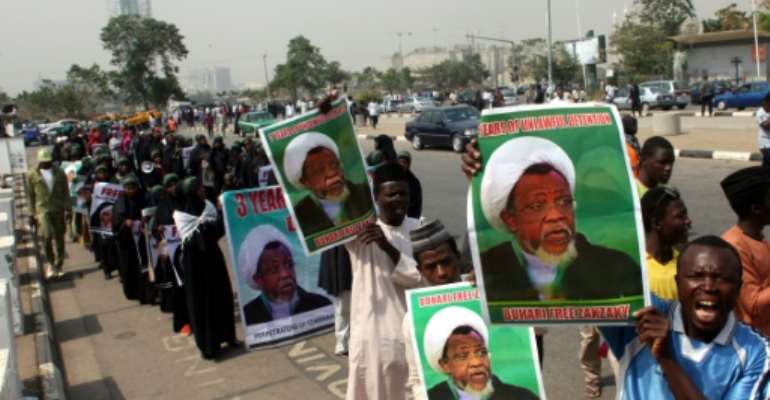 Members of Islamic Movement in Nigeria continue to hold unsanctioned demonstrations against the detention of their leader Ibrahim Zakzaky, in Abuja. By SODIQ ADELAKUN (AFP/File)

A ban by the Nigerian authorities on a prominent Shiite movement for "terrorism" has driven fears of a worsening crackdown that could ignite a new conflict.

The government announced last weekend the outlawing the pro-Iranian Islamic Movement in Nigeria (IMN) after protests demanding the release of detained its leader Ibrahim Zakzaky descended into bloodshed.

The move has inflamed a long-running standoff amid an increasingly hostile approach from authorities under President Muhammadu Buhari, who has close ties to Sunni power Saudi Arabia.

The Islamic Movement in Nigeria is the most widely known Shia group in Nigeria, where the vast majority of Muslims are Sunni.

Those inside the IMN fear the group could now face the most hard-hitting clampdown yet -- and accuse the authorities of seeking to push them underground.

"They're trying so hard to get the Islamic movement to a point where we say, 'that's it, let's defend ourselves and take up weapons',", said Zakzaky's daughter Suhailah Maleshiya, who studies in Malaysia.

"Watching your brothers killed again and again would change how anyone thinks," she told AFP. 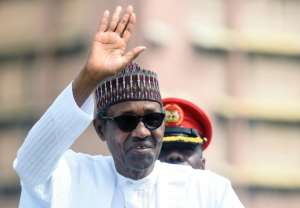 The touchpaper for the latest surge in tensions has been almost daily protests by the IMN in the capital calling for Zakzaky's release as fears grow over his deteriorating health.

The cleric has been in custody since violence in December 2015 that rights groups said saw the army shoot and burn to death some 350 of his followers in the northern city of Zaria.

'Enemy of the state'

In recent months, demonstrators sometimes numbering in their thousands have marched in Abuja, chanting "death to Buhari, death to Saudi Arabia, free Zakzaky, die for Zakzaky".

The rallies have mostly been peaceful. But sometimes they have been met by deadly force.

Last week, at least six protesters, a senior police officer and a trainee journalist were killed in violent clashes. The IMN put the number of dead demonstrators at 20.

The language from authorities since the ban was imposed has been uncompromising.

Police chief Mohammed Adamu on Tuesday said anyone associated with the group was considered "a terrorist, enemy of the state". 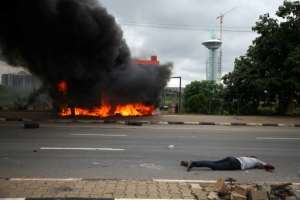 He accused it of "extremist, illegal acts" and called on the public to help track down its members.

Human Rights Watch has condemned the Nigerian authority's "rush to use firearms" against the protesters.

It called for the ban to be reversed and warned it could "portend an even worse security force crackdown".

So far the reaction from the IMN has been cagey.

Some members put out a statement suspending protests pending a court ruling Monday on whether to release Zakzaky for medical treatment abroad.

But others within the group quickly renounced it and pledged more demonstrations.

Any rallies since the ban have been brief. Protesters gather and disperse within minutes before police arrive.

Those taking part insist they are ready for the consequences.

"You can die at any time, in a car crash or something. If I become a martyr is that not better?", said Muhammed Soje, flipping through pictures of dead comrades on his phone.

"Right now there is no point fearing death."

A court in 2016 ordered the release of Zakzaky and his wife but the government rejected it and filed fresh charges, including homicide.

As fears increase over his health there is a growing desire by some in the IMN for a more aggressive approach, a protester said on condition of anonymity.

Younger, more vehement members have little trust in the legal process and are committed to demonstrations, however violent they become.

"After a while, the anger and the unfairness is too much," the protester told AFP.

The threat of religious unrest in Nigeria has drawn comparisons with Boko Haram's jihadist insurgency that has devastated the northeast of the country over the past decade.

The conflict started in 2009 when a string of attacks by the radical Salafists was met with a deadly crackdown that killed leader Muhammad Yusuf.

But the differences between the two groups are stark -- not least their split between the Sunni and Shiite sects.

The IMN, founded in the 1970s as a student movement, is inspired by Iran's Islamic revolution but under Zakazaky has advocated a peaceful approach.

"He is not a violent person and does not preach violence," a veteran Muslim activist told AFP on condition of anonymity.

He said, however, that like Boko Haram the group does celebrate members killed by the security forces as "martyrs" and if Zakzaky dies a more radical leader could take over.

Feeding into the tensions with the authorities is the rivalry between Iran and Saudi Arabia, experts said.

Leading figures in a powerful Salafist movement called Izala, which has close ties to Riyadh, have publicly called for violence against Shiites.

The group's leaders are close to the Buhari administration and its members in government have pushed for a clampdown on the IMN, a rights researchers told AFP on condition of anonymity.