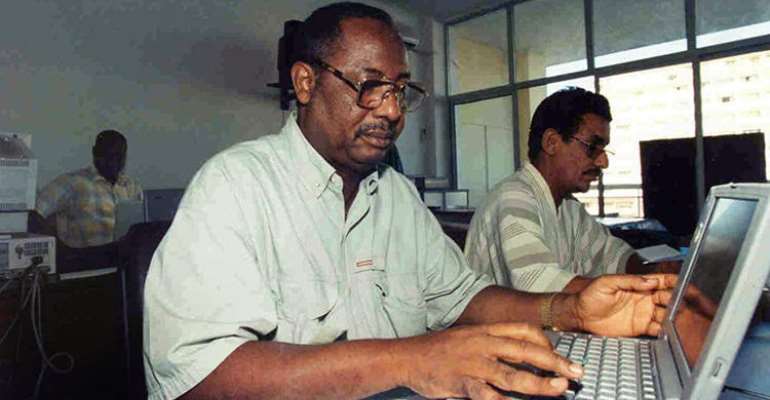 At Gambia’s Truth, Reconciliation and Reparations Commission (TRRC) on July 22, army officer Lieutenant Malick Jatta named former President Yahya Jammeh as the mastermind behind the murder of prominent editor Deyda Hydara on December 16 , 2004. He said Jammeh had given the direct order to assassinate Hydara, an outspoken critic who was the managing editor and co-owner of independent newspaper The Point . The operation by Jammeh’s infamous hit squad, known as the Junglers , was dubbed “Magic Pen,” Jatta told the commission.

Recalling that Thursday evening when she heard that her father had been shot dead, Hydara’s daughter, Marie Hydara, told CPJ: “I was 32 years of age, old enough to look after everyone, but my younger brothers said my dad treated me like a baby, that is why I am still crying for him.”

In an email Q&A this week, she tells CPJ about the impact of her father’s murder, hopes for next steps, and what she thinks Gambia should do to protect the press. The interview has been edited for length and clarity. 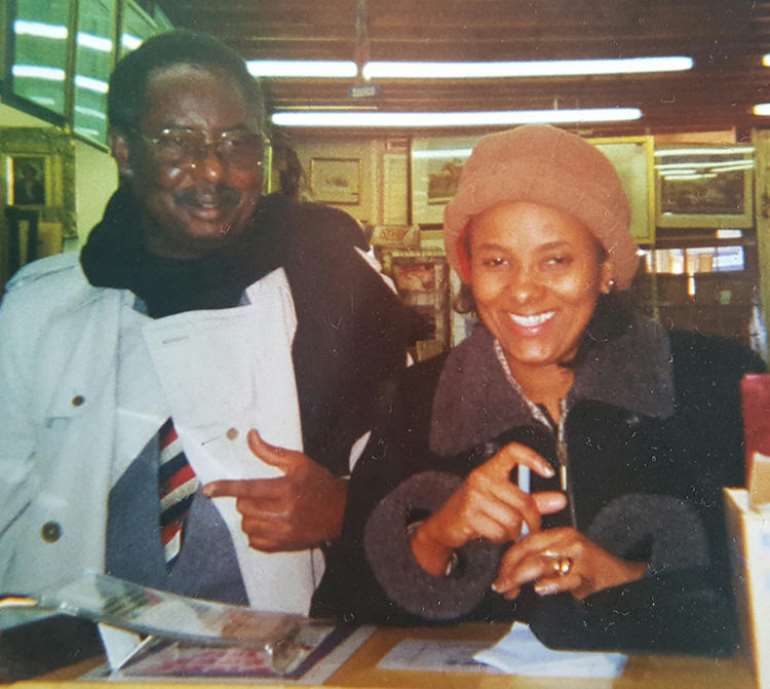 Maria Hydara, pictured with her father, the Gambian journalist Deyda. Maria says her family have had to wait 15 years for confirmation of who ordered her father's murder. (Maria Hydara)

The TRRC process is set to continue for at least another 18 months. Tumbul Tamba, the commander of the hit squad involved in your dad’s murder, died some years back and Jammeh is in exile in Equatorial Guinea. What is the next step to ensure that you and your family finally receive the justice that has been denied you for so long?

True. My family has waited for 15 years to get confirmation that it was Jammeh who ordered my dad's assassination back in December 2004. As said before, barely three days after his killing three names were rumored around town as his killers: Sana Majang, Kawsu Camara, and Malick Jatta. All members of Jammeh's killer squad. These are still the same names on the arrest warrants that were issued by the new government back in 2017. The only name we never heard of was this Alieu Jeng, whom Jatta claimed was the third shooter. Therefore we were not surprised about Jatta's testimony before the Truth Reconciliation and Reparations Commission, as we heard some version of it from Junglers in exile, who were interviewed by Pa Nderry M'bai on Freedom Radio . Therefore I didn't think it would be a walk in the park, but did not think it would hit me that hard. It brought back so many painful memories and numbness of that Thursday night. Everyone in the family was distraught all over again, just like on festive seasons since my dad's demise. For instance when it’s the New Year, instead of 'Happy New Year' greetings, all you get from the other side of the phone is total silence from the guys and wailing from the ladies. It was traumatic and as my mum is here with me, instead of consoling her I broke down too when he (Jatta) said "I scored 50,000 dalasis" (about $2000 at the time) for my dad's killing. This sent me up the wall. I just couldn't process the whole thing. My little girl was left trying to console both of us. These revelations left most people shaken up: that these vile delinquents were in our midst and were ordered to butcher, behead, strangulate, and shoot at our loved ones for no just cause, but greed, financial gains and status in the pecking order.

With the death of former commander Tamba and with Jammeh himself in Equatorial Guinea, we will reinforce our campaign with all international human rights organizations and journalists like the International Federation of Journalists (IFJ), Committee to Protect Journalists (CPJ), Open Society Foundations (OSF), Media Legal Defence Initiative (MLDI), Article 19 , PEN International , Gambia Press Union, Media Foundation for West Africa (WFWA ), The African Editors’ Forum (TAEF), the West African Journalists Association ( WAJA ), Reporters Sans Frontieres ( RSF ), Agence France-Press ( AFP , and all other organizations who have rallied behind us in our quest for justice for the last 15 years. 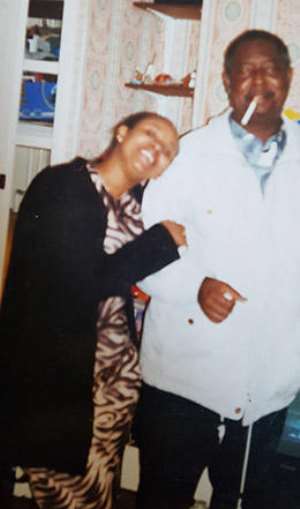 Given that Equatorial Guinea is not known for championing press freedom and has an appalling human rights record, do you believe that the calls that Jammeh be extradited to stand trial for your dad’s murder, as well as other atrocities committed during his 22 years in power, will ever be heeded by President Teodoro Obiang Nguema Mbasogo ? He has previously pledged to protect Jammeh. How can one ensure that there will be no impunity and that Jammeh will be held accountable?

It is a well known fact that Obiang is like Jammeh's godfather in terms of human rights violations, and would definitely not be forthcoming in handing over his brute of an ally. Efforts are being made by the Gambia Centre for Human Rights Violations , which was established just after Jammeh left in 2017. Most of Jammeh’s victims and survivors have been registered. Back in 2017 Human Rights Watch's Reed Brody (the Dictator Hunter ) was responsible for bringing (former Chadian dictator) Hissene Habre to court after 20 years of exile in Dakar, where he was later tried and convicted. A coalition was formed with Trial International and the Victims Centre. [This resulted in] the birth of Jammeh2Justice (J2J) which has brought together Jammeh’s victims from all sectors, like Jammeh's HIV victims (in collaboration with AIDS-Free World ) and 56 migrants that were massacred on Gambian soil. More than 40 were from Ghana and the rest were from Senegal, Nigeria, Togo and Ivory Coast. They were leaving Africa through the back way but were mistaken for mercenaries and massacred by the Junglers on Jammeh‘s orders. This was also confirmed by the killer squad in testimony before the TRRC. We therefore need to mount political pressure and lobby other African states who have a vested interest in this matter to ensure justice for their nationals.

It might be in Obiang ‘s best interest to rethink his protection of Jammeh, as it seems many other African States will be interested in getting justice for their nationals.

Recently, the justice minister said that pending the recommendations from the TRRC, he had not ruled out releasing Jatta or granting him bail from the army camp where he’s been confined to barracks since his 2017 arrest, , because he has been helpful in the efforts to establish the truth. What did you think of Jatta’s demeanor during his testimony and what would you like to see happen to him?

Lieutenant Jatta confessed at the Truth Reconciliation and Reparations Commission that he had “scored more than 50,000 dalasis." This is the statement that broke my heart. I was gobsmacked at how proudly he admitted without any remorse or compassion. He said the money was given by Jammeh as a token of his appreciation for killing of “The Magic Pen,” Jatta told the TRRC was the code name for that operation to kill my dad.

Jatta, like other members of Jammeh ‘s killing squad, have for the past two years been held at an army camp, not at prison. Now after such shocking revelations, the present government is contemplating releasing these vile delinquents back into the society as if they are being rewarded for the parts they played in the brutal killings of our loved ones. I see the need for reconciliation to promote peace and stability and to heal the nation, but from a victim’s family's perspective, I don't think reconciliation should come before justice for these victims. Besides, forgiveness should not be imposed on the victims. The timing is way off. The insensitivity of the government is beyond me. They need to be brought before a proper court of law, or while waiting for the TRRC's recommendations they should be kept behind bars, pending completion of the TRRC.

President Adama Barrow’s government in June 2018 paid part of the compensation to the Hydara family ordered by an Economic Community of West African States (Ecowas) court five years ago. Was the balance paid by the end of last year as agreed, or has the TRRC process delayed this?

The Barrow government completed the payment which was awarded by the Ecowas court back in 2014 for the failure to investigate [the murder]. The order was ignored by Jammeh. It was paid in two instalments and there was also an order to set up an investigation by an independent body into his killing. We will wait and see the TRRC ‘s recommendations.

What is your message to the Gambian media post the Jammeh era? How do you think your dad’s memory, and that of other journalists like Chief Ebrima Manneh who were also Jammeh’s victims, can best be honored?

First and foremost, I would like to extend our gratitude to the Gambia Press Union and the entire media fraternity for their continued support and solidarity to their colleagues in the last 20 odd years. I believe a befitting memory for my dad and Chief Ebrima Manneh would be to repeal the harsh media laws which my dad challenged in court a couple of days before his death, as he believed these laws would “muzzle the press.”