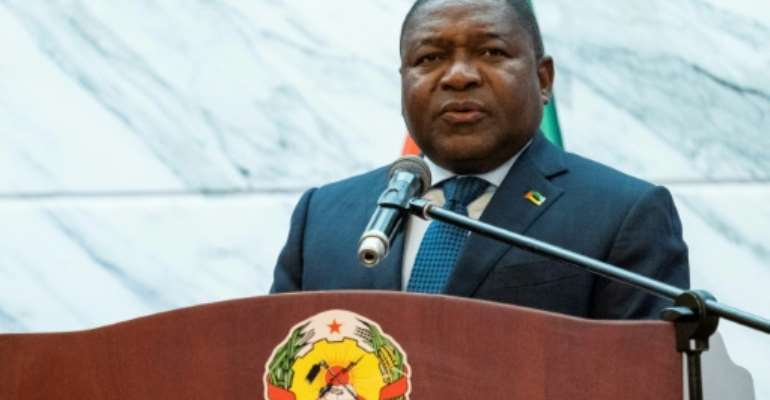 More than 5,200 Renamo fighters are expected to surrender their weapons to the government as one of the conditions for upholding a landmark peace deal; pictured is Mozambique's President Filipe Nyusi. By Wikus DE WET (AFP/File)

Mozambique President Filipe Nyusi on Friday warned that any opposition Renamo fighters who chose not to turn in their weapons under an ongoing disarmament programme would be "hunted down".

More than 5,200 Renamo fighters are expected to surrender their weapons to the government as one of the conditions for upholding a landmark peace deal.

Signed on Thursday, the agreement is aimed at formally ending decades of hostilities between government and the opposition Renamo.

But Nyusi warned that "those who will carry out attacks or don't surrender their weapons" would find themselves pursued by the authorities.

"The government and Renamo will come together and hunt these people," Nyusi told the state-owned newspaper NotÃ­cias.

A second attack in the region was reported on Friday, but police declined to comment.

No-one has so far claimed responsibility for the attacks, but they have been attributed to Renamo deserters refusing to recognise Ossufo Momade as the group's new leader, after Afonso Dhlakama.

Nyusi said that citizens had been threatened.

"These are enemies of peace. They are not necessarily Renamo people," he said.

The peace deal is the third between the government and Renamo.

The previous two failed partly because Renamo did not surrendered all of its weapons and accused the government of not complying with the deal.