Vaulting Ego Of A Clown: The Case Of A Delusional Manasseh In La-Land Vs. The NMC, GJA And Conventional Wisdom 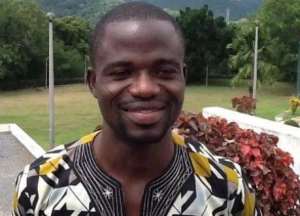 Though belated, permit me to join the many and wish you a happy birthday. Our people have already associated age with wisdom and the best being the result of experience. It is my sincere hope that as you age wisdom will abound and pride and disrespect disappear from you.

As the peerless former British Prime Minister, Sir Winston Churchill rightly noted All men make mistakes, but only wise men learn from their mistakes. Inspired by this, I respectfully invite the attention of my brother Lord Manasseh Azure Awuni - self-styled Investigative Journalist to the reality that the many personalities of worthy repute - Senior Journalists inclusive, who found flaws in your documentary titled Militia in the heart of the nation affirms the fact that you strayed in this attempt.

Indeed prior to the NMCs ruling, many were the voices of wisdom, prompting you that the untidy attempt to patch together a series of un-coordinated and jumbled rags into a fine garment, would only expose your backside. Alas, they were right. Not only did the NMC ruling indict you, that documentary and chip away at your credibility, it also lumped the Multimedia Group into the pie. Your disagreement with the NMCs lucid ruling was to be expected, particularly since your vaulting ego, an exaggerated sense of self-importance and delusion of perfection in your will never allow you to concede error no matter how stark.

Take note of the caution of celebrated American author, H. Stanley Judd - Dont be afraid to fail. Dont waste energy trying to cover up failure. Learn from your failures and go on to the next challenge. Its OK to fail. If youre not failing, you are not growing. My good man, in 2016, then Labour Relations Minister Haruna Iddrissu exposed your terrible slip, when you went chasing phantom financial irregularities you suspected occurred under his watch. You refused to accept your mistakes.

Again, in February this year, your careless rants on the violence in the Ayawaso West Wuogon by-election, caused you to render an apology to the then IGP, after you referred to him in language that I will not repeat. Despite your apology, you were still firm that your conduct was not out of line.

In June, 2019, after a spirited crusade against the JOSPONG Group of Companies and Zoomlion Ghana Limited specifically detailing unqualified allegations of wrongdoing against the firm, the Attorney General countered your claim-stressing that the evidence you submitted was phony and insufficient to prosecute. Predictably, the AG had to get it wrong as usual, because it could not be you. Fast forward to the instant case against the NMC  they described your documentary as misleading, unethical and sensational. As the trend has been, you emerged from the woodwork with the following: MANASSEH'S FOLDER: Behind the flawed ruling: Facts the NMC ignored. It is no crime to disagree with decisions which go against you or expose your imperfections.

However, when your disagreements become chronic in response to the unmasked flaws your works have become tainted with lately, wow, then either all have conspired against you, or the devil has ignored all sinners focused bad luck on you.

Your mantra of always justifying your faults and errors and rejecting everyone positions which conflict with yours stands you out as a young man who tolerates no dissent or will accept counsel. Lord Awuni, the biblical King Solomon despite his unmatched wisdom, sought counsel from even men far lower in age and standing. Ref (1 King 4 verse 5).

I do not intend to focus on the merits and demerits of the NMCs ruling  since it is evident that you misled the public and misrepresented facts. You erred not because you were ignorant of the tenets of your craft, and not because there was no iota of truth in the documentary. Indeed, government spokespersons agreed that such a group existed and was stationed in the designated facility. However, if you dont make due diligence your watchword, and embark on ego trips- these are the inevitable outcomes. I think that monster is what has scored you all the odds in your career as a journalist.

Sir, humility is a virtue  and so listen to wise counsel and you will be the better for it. Coming events cast their shadows, and I recall this quote from a great Sage that pride comes before a fall. It is noble to not exaggerate your prowess and act consisted in relation to your contemporaries and superiors. Respect the institutions you work for or under because you cannot operate in a vacuum. Unlike other professions, your work is judged by the public-hence until they ascribe excellence to you, be humble.

Give respect to the leadership of the Ghana Journalists Association and the National Media Commission, respect your colleagues and consider their opinions in your decisions even as you strive for fame to massage your vaulting ego. Greater Men, who practiced this profession with nobility, and left a record which is unassailable was minded not to project themselves as immortal or infinite in this field, take note.

Let the new age guide you to respect the elderly and understand that the way God created you that wise and intelligent, so HE creates others. in dealing with them, therefore, respect and tolerance should guide you, sir.