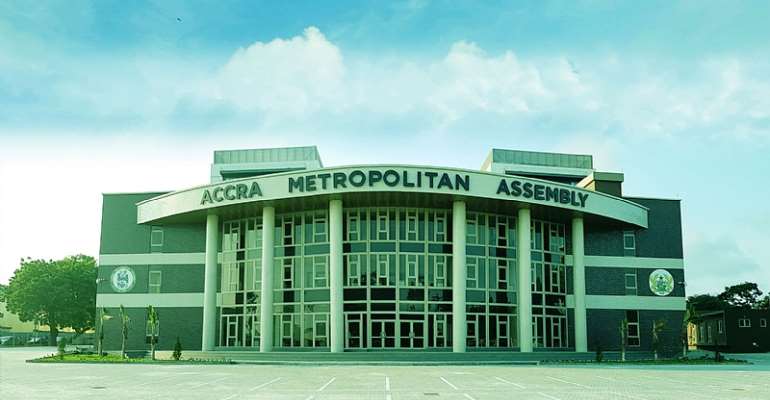 The Accra Metropolitan Assembly (AMA) has sued Justice, Food and Agriculture as well as the Registrar General’s Department for contracting the services of unauthorized waste management companies.

Miss Linda Kumbuno, Prosecuting on behalf of the AMA told the Adjabeng District Court presided over by Mr Isaac Addo, that the institutions failed to comply with notices served on them and had also refused to sign unto the polluter pays principle to help eradicate filth in the metropolis.

She said AMA has contracted accredited waste management companies to assist it in the management of waste in the metropolis and in view of that 11 contractors have been accredited to this effect.

She said in the spheres of the defendants, Jekora Ventures, had been assigned to collect refuse within the Ministries and its environs.

In their response, representatives from the three state institutions explained that they were unable to comply with the AMA directives at the time due to prior two-year contractual agreements with other waste management companies.

They therefore prayed the Court to give them time to end their contract with the previous service providers before engaging Jekora Ventures.

According to the AMA sanitation bye-laws, it is an offence for anyone to contract the services of unaccredited waste management companies.

Speaking to Citi News, Public Relations Officer of the AMA, Gilbert Ankrah also admonished residents within the Accra Metropolis to ensure that they deal with only accredited waste management companies.

The Court adjourned the matter to August 28, 2019 to enable the accused institutions to produce their previous contract agreements they signed with those waste management companies.

Other institutions including the Legal Aid Scheme, Ghana who were also dragged before the court.

Legal Aid Scheme pleaded with the court that they would comply with the directives of AMA and were acquitted and discharged.

— citinewsroom with additional files from GNA were used in this report

JHS Not Increased To Four Years Or Reduced SHS Duration – Na...
50 minutes ago

We've Been Begging To Survive Over Closure Of Our Shops – N...
50 minutes ago