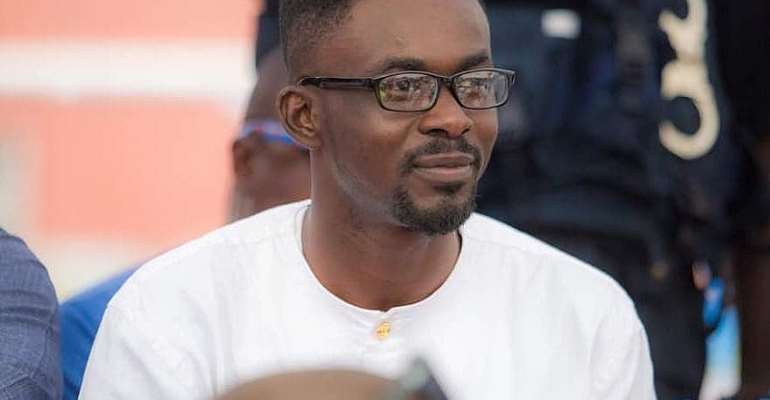 Disclaimer: This epistle is entirely my personal opinion.

It is said when you point your accusing finger to your enemies, the other three fingers inadvertently are pointing back at you.

The good book put it sagaciously in Matthew 7:5 “You hypocrite, first take the plank out of your own eye, and then you will see clearly to remove the speck from your brother's eye.”

Last year when Menzgold issues started, there were a lot of people who expressed their opinions on the matter. Various media houses made it their pet project, others created a segment to talk about it each day on their shows, whilst others ceased the opportunity to organize seminars or Talk Shops about Ponzi Schemes.

Ordinarily, one must not be amazed about the issue dominating the media landscape, with every Tom, Dick and Harry having a bite of the cherry, since it was affecting thousands of ordinary Ghanaians, and to the point that the president and the government waded into the matter.

My astonishment emanated from people who were clothed with vital information on this issue yet appeared on numerous media platforms and never admitted or disclosed same to the public.

One of such persons is Ace Kojo Ankomah.
After the exposé by Kelvin Taylor which went viral on social media, I saw a rejoinder by Ace Ankomah, surprisingly admitting for the first time that his law firm was the legal representative for the Dubai company.

Why Ace Ankomah hypocritically held on to this information up until yesterday beats my imagination. In all the discussion on Menzgold, as the solicitor for a party in the matter, is it fair to let Ghanaians know that between such period your firm was representing that company. All along, Ace Ankomah knew he was representing Horizon and yet was moving from one media house to another defaming NAM1 and his business?

Let me now tell you the hypocrisy of Ace Ankomah in this matter.

In that story, the paper stated;
“Firstly, this paper’s security sources in Ghana, have revealed that Accra-based Ace Anan Ankomah of Bentsi-Enchill Letsa & Ankomah law firm in his capacity as the legal representative of Horizon Royal Diamonds DMCC of Dubai, was among those who reported the US$51 million gold scam to the country security apparatus.

It is, however, not clear why Lawyer Ace Ankomah, has remained tightlipped on his knowledge of the US$51 million gold fraud and how it could lead to solving the Menzgold saga, although he has been loud on the subject calling the activities of the gold dealership company illegal. The law firm is said to have a dossier on the fraud, including photographs of the scammers.

Later, I called Ace Ankomah and asked him if it is true his law represented Horizon at a point in time. He told me as the managing partner for the firm, he has over 45 lawyers working under him, so it will be difficult for him to tell whether indeed his firm represented Horizon and which lawyer has led the case.

I further asked him, if personally he has been approached by this horizon company? He said No.

On the same day, one of his followers on Facebook called Mexico Del Gustavo, sent the link to Ace Ankomah’s wall, I believe to bring Ace’s attention to the story.

This is Ace’s response: “The idiocy is palpable. Is that how desperate you guys have become?” (Check the screenshot of that conversation on his Facebook wall)

The disparaging response from Ace shocked Del Gustavo. His response: “Sorry, I saw it somewhere...I just needed clarification. No need for insult..

That was Ace Ankomah. Once again parrying or trying very hard to extricate his law firm from the issue.

On the same story in the Herald Newspaper, a colleague of mine, Black Rasta called me to find out if I am aware of the story and the involvement of Ace Ankomah. I quickly sent Ace’s contact to him and asked him to call him on his show.

Black Rasta sent him a Whatsapp message, requesting to speak to him on his show in the afternoon. Ace once again, sought to deny his law firm’s involvement.

After the publication, Ace Ankomah went on various TV and Radio platforms to discuss Menzgold issues using uncharitable words to describe the company and the CEO. At a point, Ace was so categorical in his interviews, branding the company as a Ponzi Scheme and that the company per his records and investigations don’t sell gold and don’t export gold; at the time his own pressure group Occupy Ghana has has come out with a statement stating explicitly that per their checks at PMMC, Menzgold has exported some amount of gold in 2016.