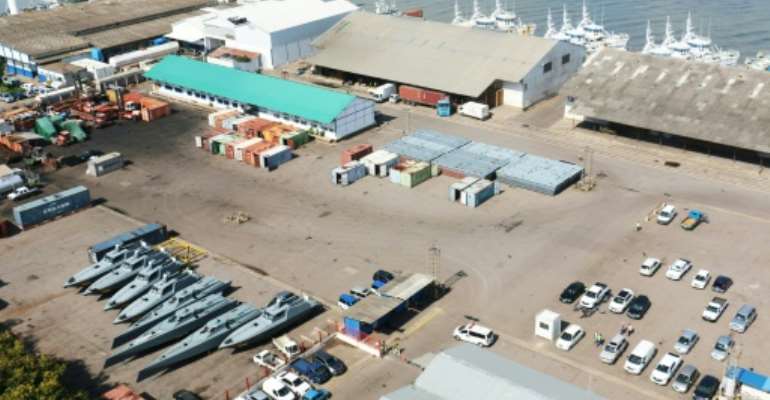 The scandal over funds for maritime security and ships forced a suspension of aid. By STRINGER (AFP)

Mozambique has started legal action against a French-Lebanese billionaire, Iskandar Safa, whose shipbuilding company is at the heart of a $2 billion debt scandal, officials said Friday.

A source at the attorney general's office, in an emailed reply to AFP, confirmed "a case is ongoing" without giving details.

In London, an official at the High Court commercial division told AFP the Mozambican government had filed proceedings there against Safa.

The papers were submitted on July 31 and no date has been set yet for the hearing, the source said.

Safa is CEO of a giant Abu-Dhabi based shipbuilding company, Privinvest, which signed contracts with Mozambique state companies to supply ships and national maritime security.

Safa, he said, had wired him "millions of dollars in unlawful kickbacks from loan proceeds and illegal payments" for help in securing loans from the bank.

Safa has denied any wrongdoing.

The scandal is rooted in loans of $2 billion (1.8 billion euros), undertaken by the government between 2013 and 2015, to buy a tuna-fishing fleet and surveillance ships.

An independent audit found that a quarter of the loans had been unaccounted for, and another $750 million, used to buy equipment, had been over-invoiced.

The United States alleges at least $200 million was spent on bribes and kickbacks.

Several people have been arrested both in Mozambique and abroad.

They include Mozambique's ex-finance minister, Manuel Chang, who is said to have received $12 million for allegedly signing off on debt guarantees.

Chang was arrested in South Africa last year on a US extradition request.

In an ongoing tussle over where he could stand trial, the Mozambican government this week said it would fight attempts to extradite him to the US after the South African government halted plans to send the minister to his home country.

When the hidden debt was revealed, Mozambique -- which relies on donor aid and is one of the world's poorest countries -- was plunged into the worst financial crisis in its history.

The US Department of Justice has accused three former Credit Suisse workers of helping to create $2 billion in maritime projects as a front for the scam.

They were arrested in London in early January. In May one of them pleaded guilty to conspiracy to launder funds over the case.

In emailed response for comment, Privinvest spokesman on the Mozambique case, Jeffrey Birnbaum, said the businessman did nothing wrong.

"Mr. Safa cannot comment on why the Mozambique government has sought to institute proceedings against him personally" until he has seen details of the claim.

"He does not accept that the English Court has jurisdiction over him, and in any event, denies any wrongdoing," Birnbaum said.

Birnbaum said Privinvest delivered on its contractual commitments and took "extraordinary steps to help make the Mozambique projects succeed", but the Mozambican entities "failed to hold up their end of the agreements".

Privinvest had earlier this year instituted proceedings against the Mozambique government, which included "arbitration to recover losses and damages arising from breach of contract," the spokesman said.