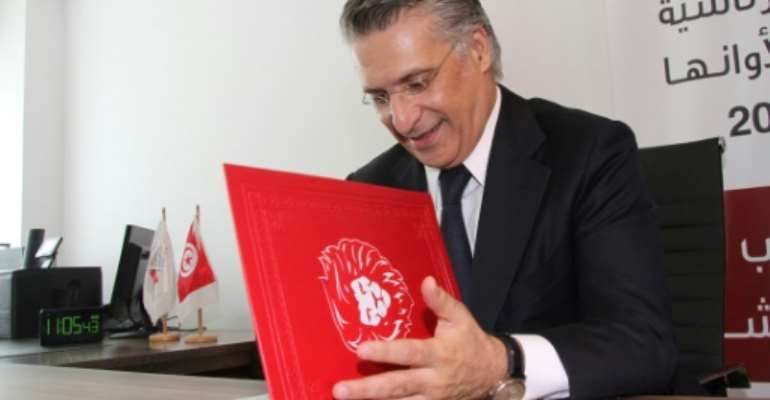 Prime Minister Youssef Chahed has not yet officially registered, although his party said on Wednesday he would stand in the polls.

Karoui was charged with money laundering this month after stating his intention to stand in the polls.

But Essebsi neither rejected nor enacted the bill, leaving the door open for Karoui to run.

The media mogul was an active supporter of Essebsi's election in 2014 and has become the prime minister's fiercest rival.

Launched at the start of the year, his Tahia Tounes has become the second largest party in parliament behind Islamist-inspired Ennahdha.

He was joined by Abir Moussi, the only woman so far running in the polls.

She heads a party formed from the remnants of Ben Ali's ruling party and has called for the exclusion of Islamists, including Ennahdha.

"Our priority today is to restore order in Tunisia" and the "fundamental principles" championed by its first president Habib Bourguiba, she told AFP after submitting her candidacy.

Presidential hopefuls have until August 9 to register, with the commission set to provide a final list of candidates on August 31.

The campaigns are scheduled to run from September 2 to September 13, with the preliminary results announced two days after the polls.

A date for the second round of presidential elections has not yet been decided, but the electoral commission said it would be held no later than November 3.