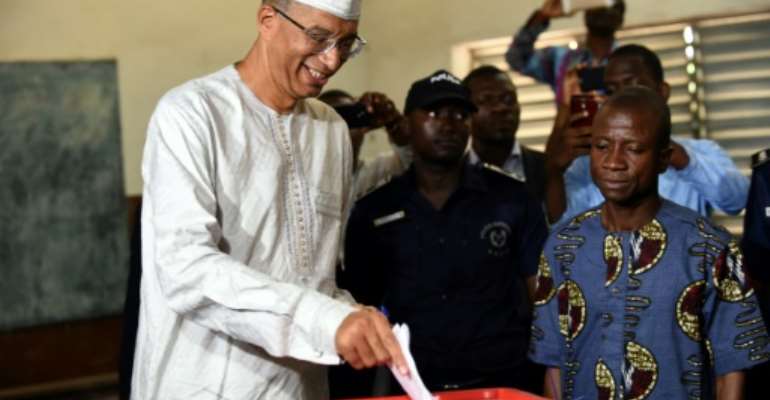 A court in Benin on Friday handed a top opposition politician a suspended six-month jail term over campaign breaches and banned him from standing for elections for five years, in the latest case targeting rivals of President Patrice Talon.

Critics say the latest ruling is part of a concerted crackdown by former business magnate Talon that has driven key opponents into exile.

Multi-millionaire Sebastien Ajavon, who has voiced his ambitions for the top job, was sentenced in absentia to 20 years for drug trafficking in October.

Talon, who made his fortune in cotton, came to power in 2016 on a modernising platform as he vowed to stamp out corruption and mismanagement in a country that has a reputation as one of the region's most stable democracies. 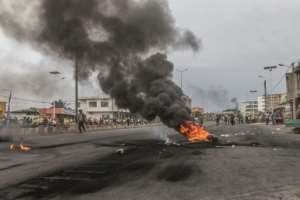 Protests rocked Benin following the parliamentary vote in April that saw parties allied to Talon win all the seats as opposition groups were effectively banned. By Yanick Folly (AFP)

Zinsou, who also holds French citizenship, came second to Talon in the 2016 presidential race but has remained in Paris in the face of his legal problems.

Protests rocked Benin following the parliamentary vote in April that saw parties allied to Talon win all the seats as opposition groups were effectively banned.

In late July the ministry of justice released a list of "wanted" suspects, including a string of political figures it accused of evading justice in the country.

The minister signed a decree stopping authorities from issuing identification documents for anyone who did not answer police summons, in a move seen as targeting Talon's opponents abroad.

Vincent Foly, the editor-in-chief of La Nouvelle Tribune that was shut down last year, said it was a sign that Talon was looking to tighten his grip over the country.

Foly said the hardening stance had come as a surprise as initially Talon advocated to reduce the presidential mandate to a maximum of one term.

But now he said there "is no longer a shadow of a doubt" that the head of state wants to stand for re-election in 2021.

"He has realised that five years is not enough," said Foly.