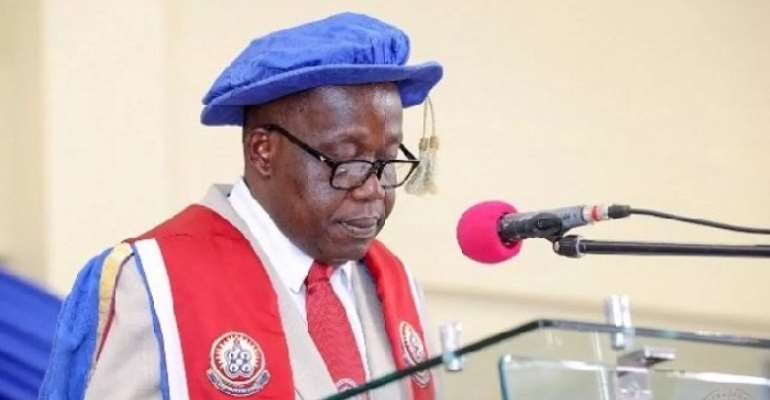 Kingsley Amoakwah, an applicant in a case brought against the Vice-Chancellor (VC) of the University of Education, Winneba and the university at the Winneba High Court has withdrawn the application.

When the Winneba High Court presided over by Her Ladyship Janapare A. Bartels Kodwo (Mrs) called the case Wednesday, the applicant, through his lawyer's clerk, told the judge of his decision to discontinue the case against the VC and UEW.

Lawyer for the 1st to 2nd respondents, Paa Kwasi Abaidoo, sought costs and prayed the court that as a condition, the applicant should be made to pay costs in full before being allowed to file any other legal action in court.

The Presiding Judge, on the contrary, pointed out that the applicant's right to seek legal redress cannot be taken away from him and therefore cost awarded against him will therefore suffice.

Consequently, Justice Janapare awarded a cost of GH¢5,000 against Mr. Amoakwah to be paid to UEW.

It would be recalled that Mr. Amoakwah's application which sought among other relieves to restrain the VC from holding himself out as VC or performing any such functions in the capacity of 2nd Respondent institution was mistaken as an injunction order by some dismissed staff led by former VC of UEW, Prof. Mawutor Avoke.

Prof. Mawutor Avoke on that basis stormed the University with some dismissed staff and sympathisers to stage what the University authorities described as “an aborted Rambo style 'coup d'etat' to announce their return and recapture of the University last Tuesday. This created a state of fear and panic at the university.