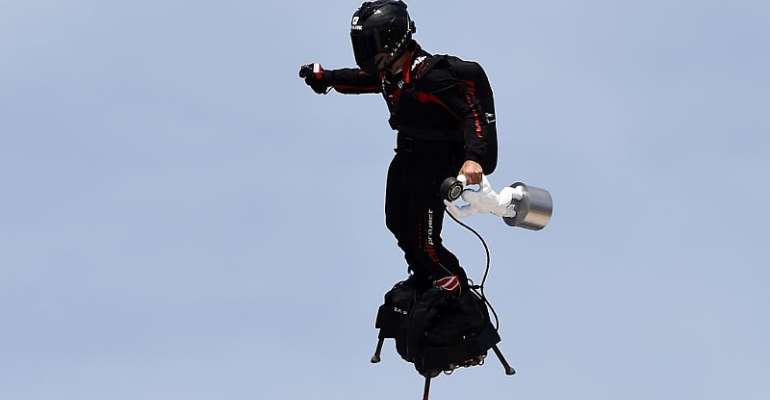 A Frenchman who has captured the country's imagination with his jet-powered "flyboard" will make a new bid to cross the English Channel after a failed first attempt last week.

Former jetski champion Franky Zapata plans for an early takeoff from Sangatte in northern France on Sunday for the roughly 20-minute trip toward St Margaret's Bay in Dover.

Two weeks ago the 40-year-old fell into the water in a botched effort to refuel.

After a smooth start aboard his self-designed craft, Zapata was sent tumbling into a busy shipping lane while trying to land on a boat waiting in English waters to give him a fresh pack of kerosene.

"We've decided to use a bigger boat for refuelling, a tugboat, that will be in French waters," which French maritime authorities had not initially authorised, a spokesman said.

The flyboard craft allows Zapata to zoom through the air at speeds of up to 190 kilometres an hour (118 miles per hour), and has captured the attention of the French military.

He grabbed the limelight at this year's July 14 Bastille Day military parade in Paris, where he soared above a stunned crowd that included French President Emmanuel Macron.

Zapata has been developing the flyboard for the past three years and has continued working on it despite losing two fingers during its maiden flight in his garage, when they were sucked into the turbines.

"I had to negotiate hard with my wife to be able to get back on after that," he told the French online media site Brut in a recent interview. "I can't help it, the first time I saw it fly I said, 'This is going to be my life's work'."