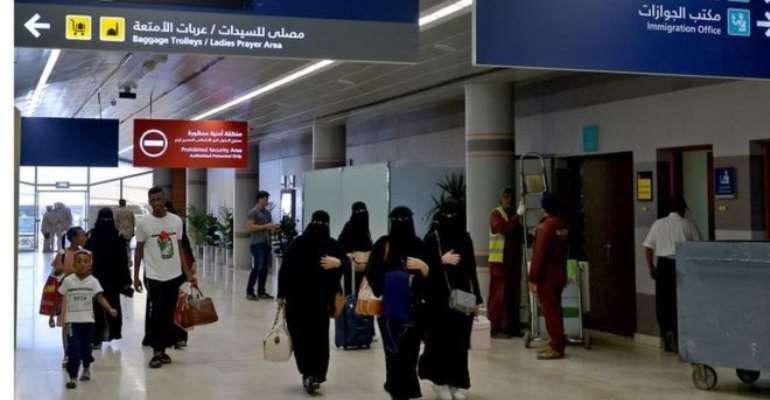 The new rule announced on Friday allows women over the age of 21 to apply for a passport without authorisation, putting them on an equal footing to men.

Women are also being granted the right to register childbirth, marriage or divorce.

The decision follows a series of high profile attempts by women to escape abroad from the kingdom.

Saudi Arabia has long come under scrutiny over its treatment of women in the kingdom, with activists saying they are often treated as second-class citizens.

The de facto leader, Crown Prince Mohammed bin Salman, has sought to ease social restrictions on women, including lifting a driving ban last year, in a bid to open up the conservative kingdom.

But he has also cracked down on women’s rights activists, putting a number of them on trial in recent months.

Until now, this has meant women there were required to seek those relatives’ permission to obtain or renew a passport and exit the country.

But the royal decrees published in the kingdom’s official weekly Um al-Qura gazette on Friday stipulate that Saudi passports should be issued to any citizen who applies for it, and that anyone over the age of 21 does not need permission to travel.

The changes allow women for the first time to register their children’s births, as well as marriages and divorces.

They also cover employment regulations that expand work opportunities for women. Under the rule, all citizens have the right to work without facing any discrimination based on gender, disability or age.