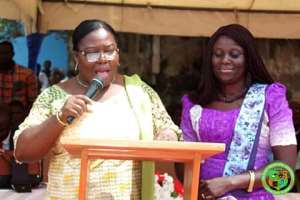 The Municipal Chief Executive (MCE) for the Ga East Municipal Assembly (GEMA), Hon. Janet Tulasi Mensah, has advised parents and the home to be the first point of disciplining children and not shirk their responsibility. She made this call when she joined three (3) Basic Schools in the municipality to mark their Speech and Prize-Giving Day and Graduation ceremonies.

The Hon. MCE was the Special Guest of Honour at the First (1st) Speech and Prize-Giving Day and Graduation ceremony of the Atomic Hills Presby Model School under the theme, "PROMOTING HOLISTIC AND EXCELLENT EDUCATION THROUGH DISCIPLINE".

In her address, Hon. Janet Tulasi Mensah was full of praise for teachers in the municipality for their selfless commitment and sacrifices in imparting knowledge and skills, and, critically, instilling discipline into the children.

She encouraged them to continue to deliver quality education to shape the future leaders of the municipality and the nation at large.

"I urge our dependable and caring teachers to continue to deliver quality teaching and positive direction to see these children who are our future leaders not only excel academically but to make giant and positive strides in every area they find themselves" she stated.

She, however, stated that the greater responsibility of ensuring children are brought up in a disciplined manner rests with parents and therefore advised them not to leave it in the hands of teachers alone.

"Due to modernization, parents do not have a lot of time for their children. Also, the old adage that, "it takes a village to raise a child", is less applicable today because even though we live in communities, our families more secluded from the rest of the community than before", the Hon. MCE noted.

"We all have a role to play in giving our children the best form of discipline. Parents, first and foremost, need to be an example of discipline to our kids. We must ensure we obey the rules of society and are well-behaved citizens thereby showing our kids the way they should go so they do not depart from it as instructed in the Bible, ["train up a child the way he should go; even when he is old he will not depart from it"] (Proverbs 22:6). Also, we all know that, ("Charity, they say, begins at home")", she implored.

Also present was the Municipal Director of Education, Mrs. Bernice Ofori, who charged the pupils to be disciplined and obey the rules of their school and comport themselves at all times.

"I call on my dear pupils to abide by the rules of this school, comport themselves at all times and show self-discipline in everything they do. Great minds are they that show great discipline and I know our pupils are going to be some of the great minds in future. To do so they have to start exhibiting self-discipline and lead exemplary lives", she said.

The Hon. MCE was also a Special Guest of Honour at the Graduation Ceremony of the Gold Avenue School with the theme, "CRITICAL THINKERS, PROBLEM SOLVERS" .

Hon. Janet Tulasi Mensah congratulated the school for their immense role in the education sector of the municipality.

"It must be noted that the private sector, especially Gold Avenue School, has played an immense role in contributing their quota in our municipality to complement Government’s efforts in providing education for all. We, therefore, commend and urge you to do more to place your school at the top or among the best in the municipality and beyond", she stated.

She further urged teachers to be critical thinkers to enable them pass on the attributes to their pupils.

"The time to raise an army of critical thinkers is now. We need a generation of people who are equipped with critical thinking and problem-solving skills. Leaders who will rise up and fight the course of our dear nation and the world so teachers must, themselves, be critical thinkers in order to impart the attributes onto to the children".

The Municipal Director of Education, Mrs. Bernice Ofori, stated that the theme chosen for the occasion was spot on as critical thinking forms part of the new curriculum which will become operational from the start of the next academic calendar.

She, therefore, appealed to all teachers to be prepared for the refresher trainings that would be organized in due course, expressing optimism of the teachers to stand the challenge ahead.

The last on the Hon. MCE's itinerary was the Speech and Prize-Giving Day and Graduation Ceremony of the North Legon School Complex at Agbogba, where she was the Special Guest of Honour.

Addressing the gathering on the theme for the occasion, "DISCIPLINE, PRE-REQUISITE FOR ACADEMIC EXCELLENCE", Hon. Janet Tulasi Mensah advised parents to teach their children discipline and called on teachers and school management to ensure pupils are educated in a disciplined environment.

"Teachers, and school management also have to ensure that our pupils are educated in a disciplined environment which will deter pupils from going the wrong way. Let us treat our pupils with love and care and not be afraid to put them straight when they go astray", she stated.

The Hon. MCE observed, with delight, the tremendous improvement in the performance of pupils in the municipality during the Basic Education Certificate Examination (BECE) moving from third (3rd) in the Greater Accra Region in 2017 to Second (2nd) in 2018 with performances in the 2019 BECE expected to show an improvement or at the least maintenance of their previous performances.

She said the Assembly continues to provide the conducive environment for teaching and learning to ensure Ga East climbs to and remains at the top of educational ratings in the country through the provision of infrastructure such as classroom blocks and furniture, incentives for teachers with the institution of the annual "Teacher Prize" awards, financial and material support for schools participation in sports, cultural and Science, Technology and Mathematics Education (STME) and other extra curricular activities. 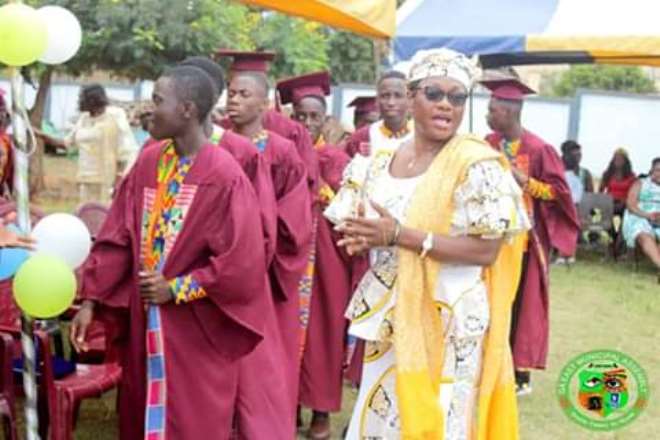 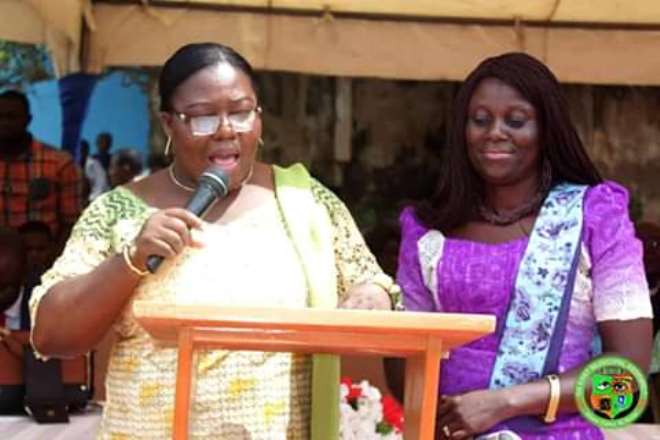 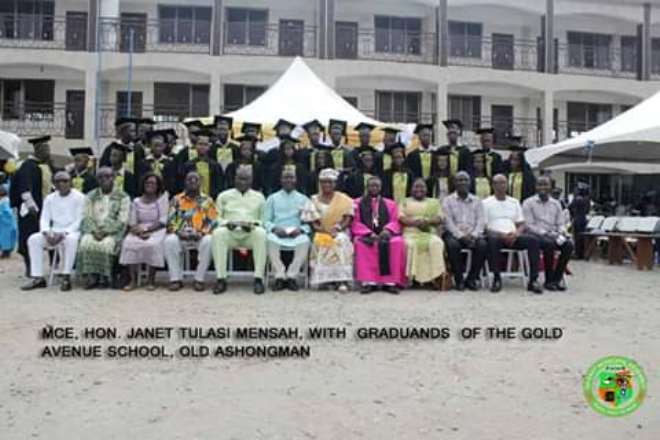 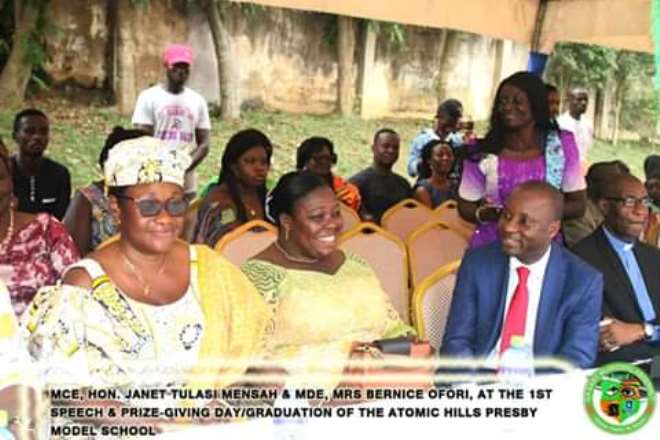 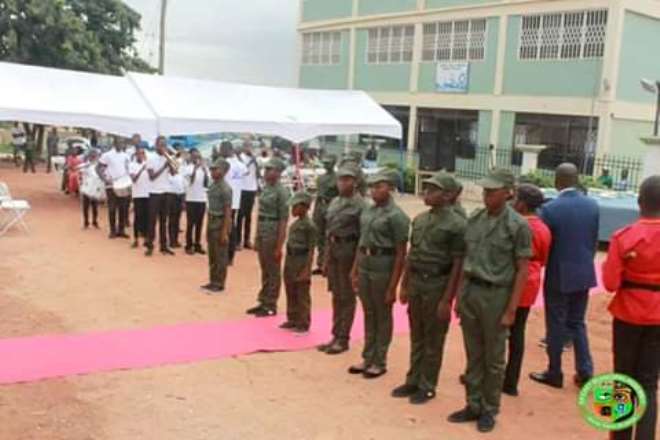 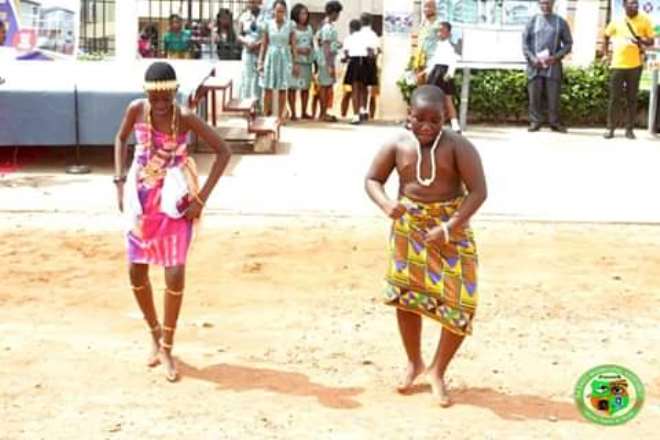 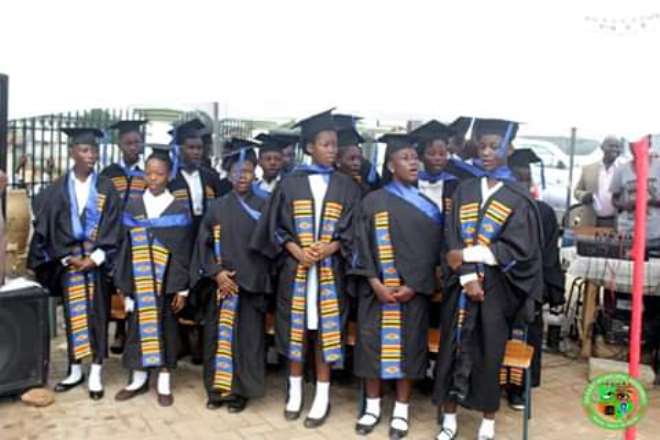 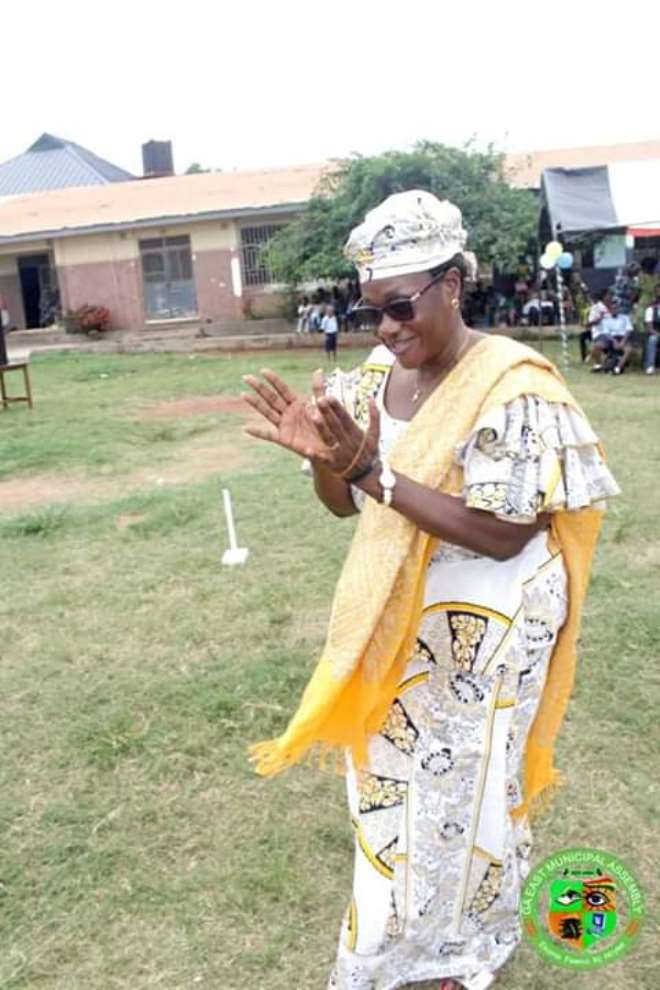 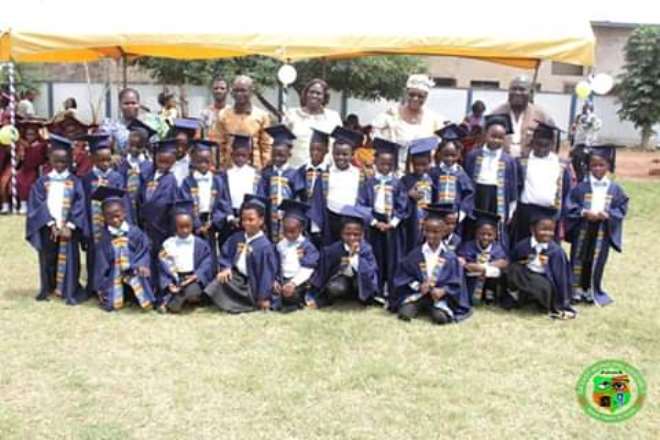 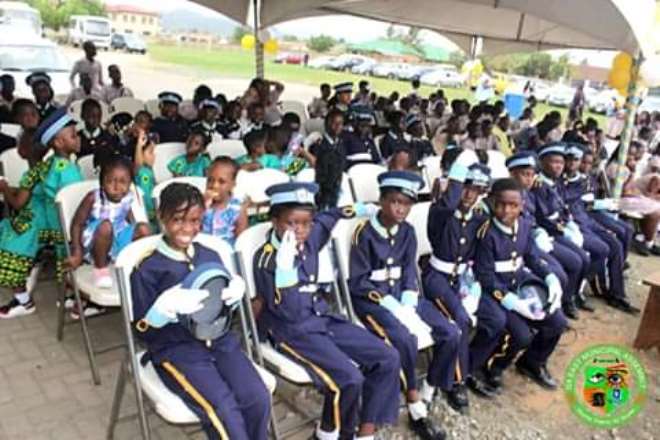 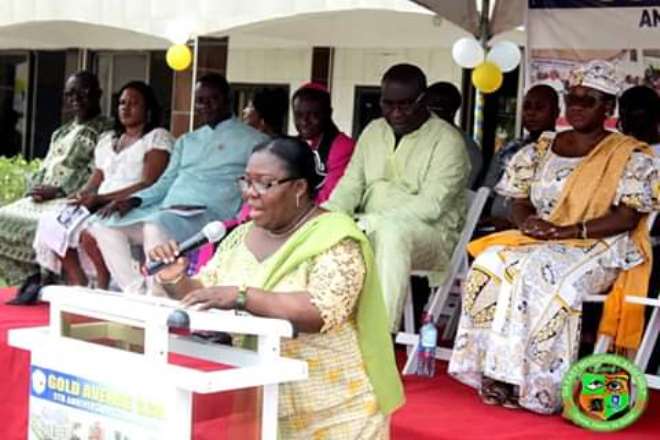 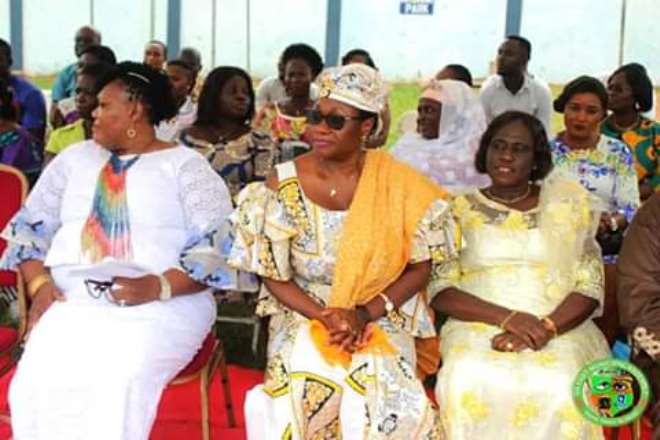 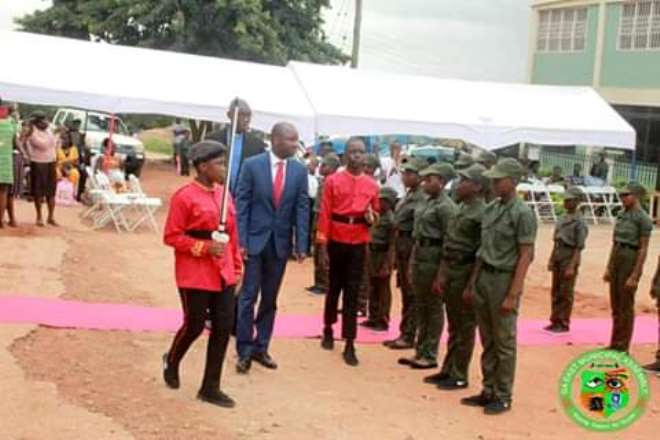 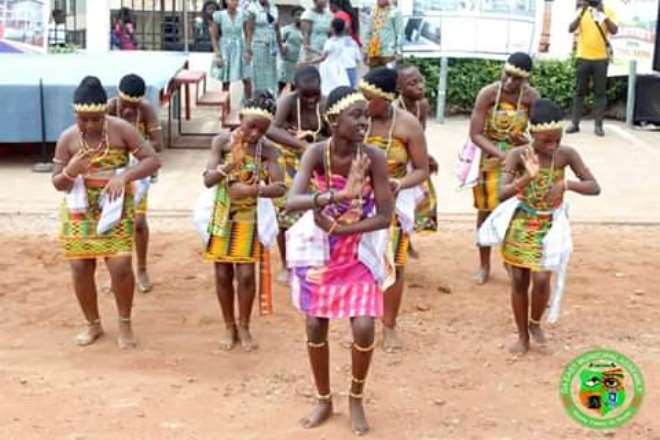 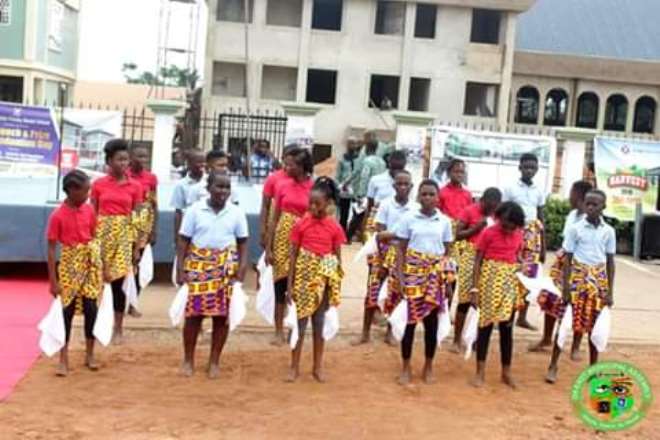