Accra’s Traffic Madness And How Not To Solve It 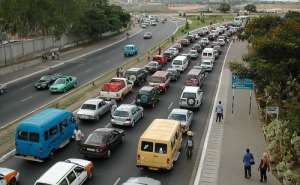 Accra is fast expanding. Each day, there is at least one new car on the road and one more person coming into the space. With the apparent lack of proper management of the city space, the result is overcrowding and unbearable traffic jams.

Every day, except for weekends, sometimes, no one gets to their workplace without traffic jams holding them back by a couple of minutes to over an hour.

It is worse in the evenings. From 3pm through to 10pm, thousands of people in Accra endure long periods of traffic and that has been the ritual. Effects on productivity

A senior lecturer at the Kwame Nkrumah University of Science and Technology (KNUST) School of Business, Dr Jonathan Annan in 2017 revealed that Ghana was losing millions of cedis worth of productive hours annually due to traffic congestion, estimating that road traffic congestion cost about 8.21% of Ghana’s GDP.

His statement was based on a jointly published study that looked at the road traffic congestion in cities and its impact on the economy.

It was therefore significant for me when President Akufo-Addo in delivering the 2018 State of the Nation Address in Parliament mentioned traffic jams and overcrowding as one of two challenges within our urban space that is making Accra “unattractive”.

The President said, “traffic jams and overcrowding are making our capital unattractive. There are certain inconveniences the people adjust to but traffic jams are not one of them. We are spending too much time stuck in traffic, it is unproductive, it is unhealthy and it's expensive. I fear that one of these days one more car will join the madness on the roads in Accra and our city will be in complete gridlock.”

His observation was spot on as he made the point to indicate his government’s commitment to improve the transportation system in the country.

To deal with overcrowding in Accra, he said “we have to improve upon the transportation system [across the country] so that no part of this country feels cut off, or can be deemed to be too far from the centre. That is one of the most effective ways to stop the unsustainable rush to Accra.”

He however failed to mention explicitly, plans to deal with the troubling traffic jams throughout Accra, except to say that “we have to build the roads to open up and link up the various parts of the country. Journey times between parts of the country have to be reduced.”

Indeed, building new roads and expanding existing ones have for a very long time, seems to be the first resort of successive governments in attempts to reduce traffic congestion.

The logic is, by building new roads and expanding existing ones, there can be more moving cars at any given time within a specific area.

While this sounds great, it can never be the solution to Accra's worsening traffic situation as a result of fast urbanization for a number of reasons, which include: Number of new cars vs. number/length of roads

The rate at which new cars are brought into the country and registered for use in Accra is extremely high.

There are certainly more new cars jumping onto the roads each week than those taken off.

Currently, there are more than 2 million cars in Ghana, with majority being in Accra.

A 2012 report estimated that about 605,700 registered vehicles were in Accra. 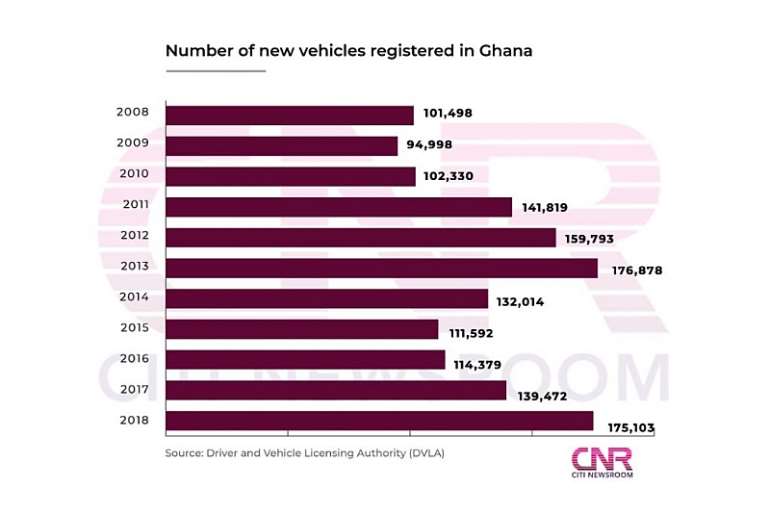 In 2018 alone, the DVLA registered over 84,500 motor vehicles including buses, with majority being used in Accra.

This means on average, about 7,000 new vehicles get onto the road every year.

These 7,000 new vehicles will averagely require 15 square meters each as space on the road and that translates into, 105,000 square meters. 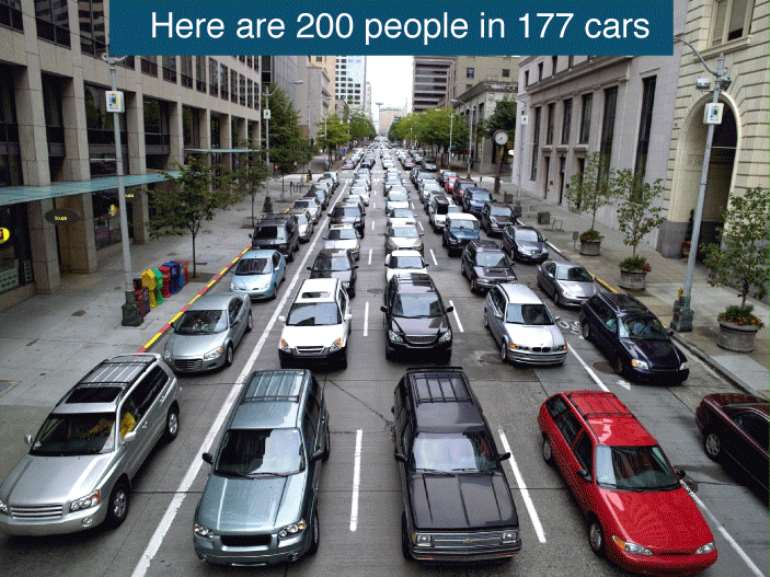 What therefore happens is, within few months to a year after a new road construction that was envisaged to ease traffic, the problem returns.

It is true the fact that a decision not to expand roads or build new ones will lead to worsened traffic jams but it is also the case that investing solely and heavily into road infrastructure in Accra will not give good value.

There are better alternatives.

The government has the opportunity to take a bold step towards adopting innovative ways to improve the country’s transportation system. Bus transport system

Having a massive state-led public bus transport program will significantly help reduce traffic on the road in Accra.

15 saloon cars on Accra’s roads will carry 75 passengers (five passengers each), and will consequently occupy about 255 square meters of the road.

However, one Marcopolo Viale BRT bus which has a holding capacity of 80 passengers (40 seated and 40 standing) will take just about 27 square meters which leaves enough room for vehicular mobility without congestion.

It is regrettable that successive governments have not been able to implement a single urban bus transport system that can be said to have significantly reduced traffic in Accra.

The Metro Mass Transit system and its original idea introduced in 2001 by President John Kufuor has been a monumental failure. The few buses that are still functioning are primarily operating outside the cities, often conveying passengers from the fringes of towns to market centers or into the city.

Despite the huge promises concerning the Aayalolo Bus Rapid Transit system that was introduced during the John Mahama administration, it can now be best described as a scam. 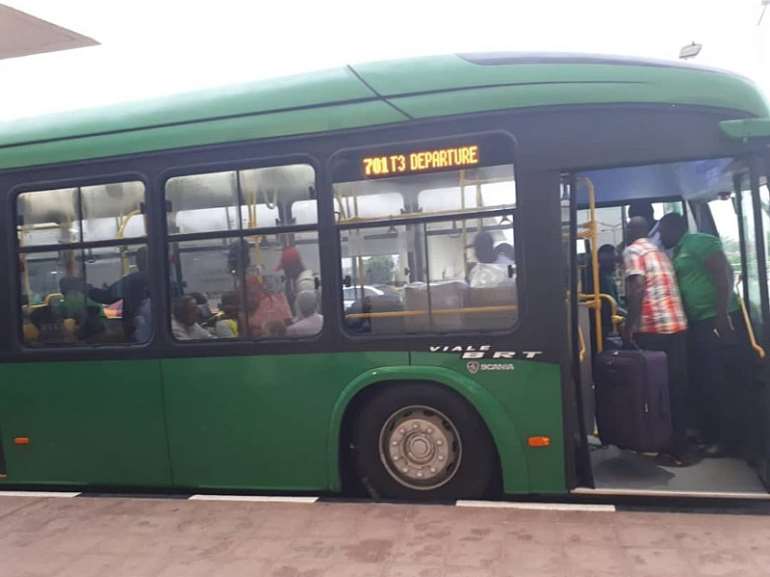 After being downgraded from a Bus Rapid Transport (BRT) system to a Quality Bus System (QBS), it has now been reduced to a regular commercial bus that is operating only during morning and evening rush hours.

There must be an intentional government plan to introduce an urban bus transit system that will make it a reasonable choice compared to driving in saloon cars or any personal private car for that matter.

It will be much more of a social good to also, with respect to the new system, get all rickety vehicles that threaten the safety of residents in the city off the road. Rail transport

In many other countries, rail is an integral part of the transportation infrastructure. This is because it has proven beyond doubt to be one of the safest,energy efficient, and cheapest ways to travel within cities and between cities.

If Ghana’s rail transport system is put back in shape in a manner that makes it friendly to use within the city, it will be able to take at least 20% of the over 80% of commuters that travel by road in Ghana.

The Akufo-Addo government has made many grand promises concerning the rail sector, basically committing to revamping it.

My limited understanding of what the government is currently doing gives me partial satisfaction. Indeed, connecting between major cities in different regions via rail is great thinking, however, in addressing the issue of traffic congestion in urban spaces such as Accra, I believe commitments must also be made towards developing an efficient urban rail transportation system in Accra to reduce the traffic jams on the road. 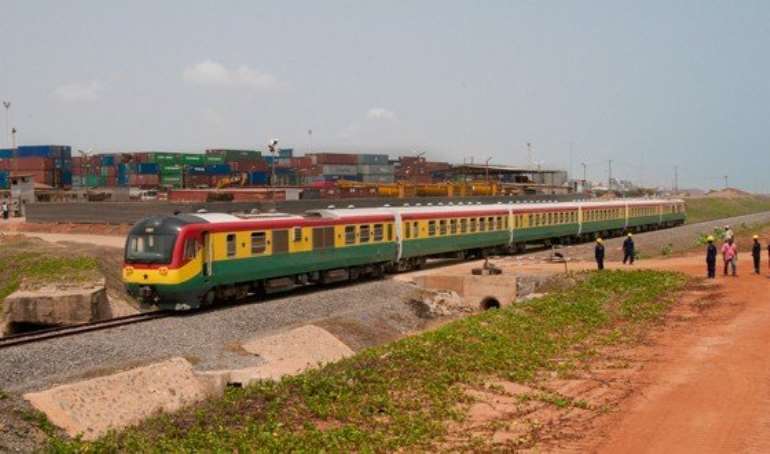 If the above proposals are considered, Ghana will be departing from the tradition of putting money into road projects that bring very little or no value, to implementing seemingly simple but big impact projects that will make commuting less cumbersome.

Doing them sooner will also save Ghana from experiencing the President Akufo-Addo’s worse fear, “that one of these days one more car will join the madness on the roads in Accra and our city will be in complete gridlock,” as expressed in his 2018 State of the Nation Address.