From rescue in the Med, to a migrant's life in Portugal 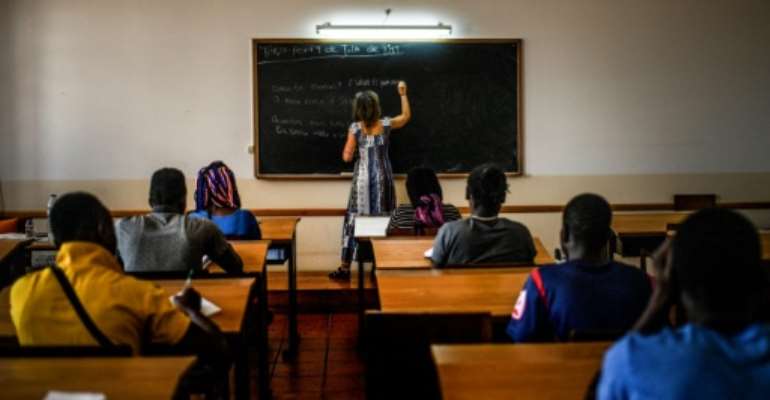 Fundao converted a former Catholic seminary into a refugee reception centre in 2017, offering itself as a model destination for integration while also moving to reverse the rural exodus. By PATRICIA DE MELO MOREIRA (AFP)

A year after the rescue vessel Aquarius plucked Deborah Osaretin from the Mediterranean's churning waters, she is building a new life as a refugee in Fundao, central Portugal.

The cheerful 21-year-old, who fled Nigeria in the face of continual attacks by the Islamic extremist group Boko Haram, prepares couscous in a modest apartment, paid for by city funds.

Portugal is an exception in Europe in that it faces a labour shortage and encourages immigration.

Osaretin has found work in a firm making watch parts in Fundao, a town of 28,000 inhabitants, some 250 kilometres (155 miles) northeast of Lisbon.

Her flatmate Augustina Sunday, also 21, works in a cherry orchard. 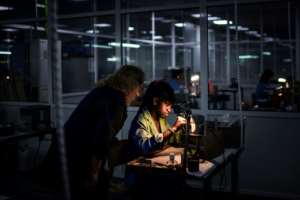 In June last year, the Aquarius was one of the first rescue vessels that the Italian government blocked as it closed the country's doors to NGOs picking up migrants from the Mediterranean.

After a week at sea, the boat docked in Spain and its 630 passengers were distributed across six countries, with Portugal taking in 19 -- all of whom wound up in Fundao.

Fundao converted a former Catholic seminary into a refugee reception centre in 2017, offering itself as a model destination for integration, while also moving to reverse the rural exodus.

The building at the foot of the Gardunha mountains is just minutes away from the small village of Donas, where the family of UN Secretary General Antonio Guterres, the former UN High Commissioner for Refugees, comes from.

The centre shelters some 30 refugees including those from the Aquarius, mostly from Nigeria, Senegal, Eritrea and Sudan. 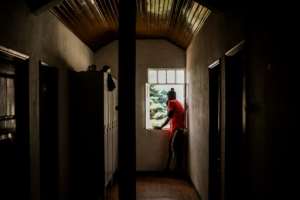 "We have moved beyond the first phase of mistrust to pride at receiving refugees."

Rosa Monteiro, secretary of state with responsibility for refugee affairs, says Portugal's "positive attitude towards migrants" stems from its own history of migration, most recently because of the 2008-09 financial crisis.

"The Portuguese have this facility to feel empathy with the new arrivals," Monteiro tells AFP.

Strive to keep them

Since 2015, almost 2,000 people, including children and the elderly, have arrived in Portugal as part of an EU refugee distribution programme.

Monteiro said that 43 percent of those of working age had found jobs in agriculture, restaurants, the clothing industry or construction. 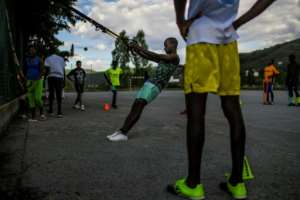 The others are still in training and resettlement programmes, or have left the country.

The government believes that nearly half of the refugees that Portugal has taken in have left the country, sometimes after only several weeks.

"The refugees we are losing often want to rejoin family members in other countries," says Monteiro.

"They may also leave for countries with a better economic outlook. To avoid that, we try to inform them about Portugal as much as possible."

Osaretin is enrolled in an 18-month European programme designed to foster the integration of new arrivals.

In six months she must give up the apartment and fend for herself without public assistance. 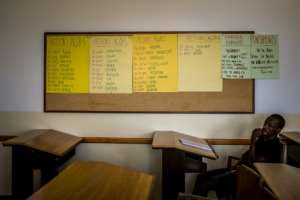 "To tell the truth, I am very happy as now I have a roof over my head, I am working, I eat well," she tells AFP.

"My goal is to make my life here, find a husband and have seven kids," she grins.

Osaretin's journey took her across deserts in Niger and Libya before she arrived on the Mediterranean coast, where she boarded a barely seaworthy vessel before being rescued by the Aquarius.

"Every day I think of the risks I took, when I had no strength left, no water... I wouldn't advise anyone to do what I did," she says.

'Just want to be free'

Another Fundao resident, 20-year-old Mory Camara, left Guinea in 2017 where he says he was persecuted for his Christian faith in his mainly Muslim village.

He made it to Libya, then tried to cross the Mediterranean and almost drowned when his vessel sank.

Having reached Portugal in March he intends to stay put, he says. 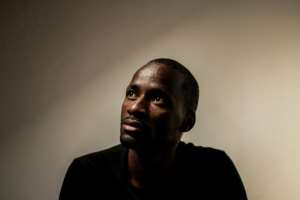 "Here, I am safe and free to go about my business. Those who risk getting to Europe like I did just want to be free," he says.

Camara, who would like to work in information technology, is taking language classes while looking for a job opening.

"Despite the language question, which is the most difficult, they are very motivated," she says.

"That's why we hope in the short term to have more communal space and extend our capacity to take people in."