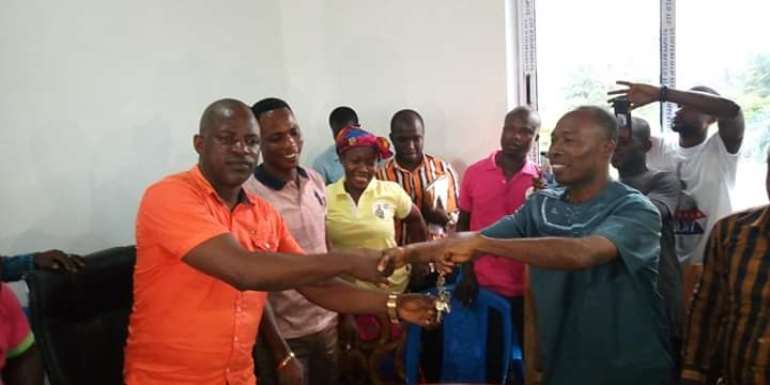 Mr. Joseph Apor Adjei popularly known as Boin who is aspiring to be a parliamentary candidate for the ruling New Patriotic Party (NPP) in the Ellembelle Constituency of the Western Region, has handed over a well-furnished office complex to the party.

Prior to the commissioning of this ultra-modern office, one of the classroom blocks of a school in the Constituency was used for meetings.

The office complex has a 17-seater conference room meant for meetings.

Additionally, he provided the office with 200 plastic chairs. He also donated HP laptop computer to the party to run their day-to-day activities.

Speaking at a short ceremony to officially hand over the new office at Aiyinasi on Tuesday, July 30, 2019, Mr. Apor Adjei disclosed that he was touched by the ideological underpinnings of the party to put up this edifice because of the situation the party was going through of having meetings at a certain school in the Constituency.

"I was touched to put up this edifice because I came to meet the party having meetings at Hassaniya Islamic Basic School and I became so sad and I said that this is not good for a party in power to have meetings in such a place. So from there, I sat down with my family and wife to do something for the party so that people will get feelings of the Elephant", he said.

He also revealed that he consulted his family and the family gave their blessings for him to put up this edifice for the party.

The business mogul who is the Chief Executive Officer (CEO) of Boin Microfinance Limited said the office complex would help the party to be united as one family and win the 2020 parliamentary elections for the first time in Ellembelle and increase the presidential votes.

"We saw that providing an ultra-modern office complex for the party will help the party to be united and also bring peace in the Constituency. Let me also say that when I got the idea of doing this I sat down with the Constituency Executive and they agreed with me to do that", he opined.

He, therefore, seized the opportunity to emphasize that the office complex was the property of the party and not his family, adding that no one could come and claim ownership of the office one day even if he was not alive.

"This office is a property of the Ellembelle NPP and not my family whether I am alive or not, it belongs to the party, I therefore hand over all the necessary documents to the Party's Chairman", he stressed.

Mr. Apor Adjei (Boin) urged the party members and the Executive to work hard to garner more votes for the party in the next general elections.

He also urged them to unite and eschew indiscipline.

“We cannot win an election with division among party members; unity is the key to victory,” he reaffirmed.

Receiving the keys, the Constituency Chairman of the party, Mr. Samuel Akainyah alias Chairman Atito, expressed appreciation to Mr. Apor Adjei for the new office and corroborated the earlier assertion that indeed the Constituency used to have its meetings in a classroom and in someone's building, which was not the best.

"Where we were having our meetings was not good and Mr. Boin came to see us that he wanted to get us a new office and God been so good he has been able to honour it and today is a memorable day", he said.

He continued "I will use this opportunity to thank him, his wife, his family and his team for their support given to him to put up this edifice for the party".

Chairman Atito asked God to bless him abundantly and charged the party members to pray always for him so that whatever he had spent, he would get it in abundance.

"We will pray hard for him so that God will help him to get whatever he has lost in abundance and I will also urge all NPP members to pray for him too", he emphasized.

The Chairman, therefore, seized the opportunity to appeal to other party members in the Constituency to emulate Mr. Apor Adjei and help the party in different ways based on their capacities

"I will appeal to other NPP members who have the Ellembelle NPP at heart to emulate from him and do same in a different capacity to help the party become attractive", he urged.

He concluded, "From today going, his name Joseph Apor Adjei (Boin) will be on this office forever, whether he is alive or not so that future generation will come and recognize him. It is our wish that he will do another great thing than this to the party".

On his part, the Managing Director of the Boin Microfinance Limited, Mr. Philip Homiah, said his boss had donated the office complex from his heart to support the activities of the party.

He also emphasized that the office complex forever belongs to the party until the party decides to vacate the place for a new one.

He disclosed to the gathering that the structure had a legal backing of which no family member or anyone, what so ever could claim ownership.

"My boss has built this office not because of votes he is seeking from the delegates and that's why we sent this structure to court for legal backing so whether he becomes a candidate for the NPP or not, the office will still remain Ellembelle NPP's asset", he opined.

The Constituency Secretary of the party, Mr. John Nwolley thanked the Aspirant for the kind gesture and said he was the Paul of their time.

He, therefore, promised to maintain the place to ensure it lasts longer in order to achieve its intended purpose.

The ceremony was colourful and attended by the Council of Elders of the party, some polling station executive, the general public, the media among others. 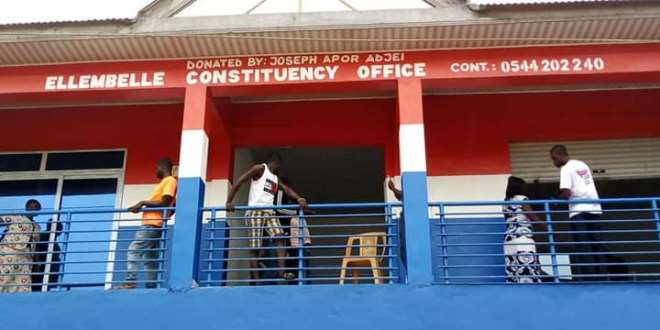 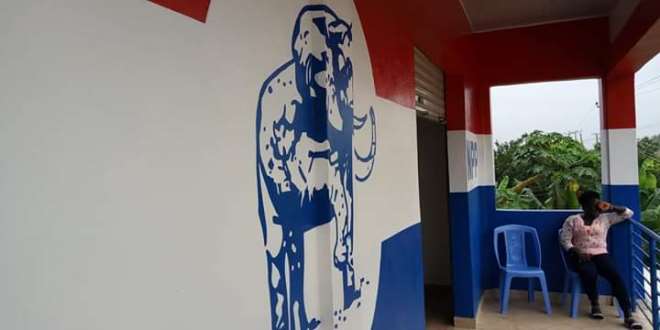 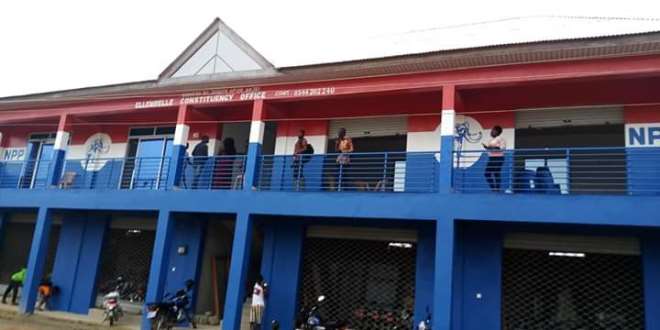 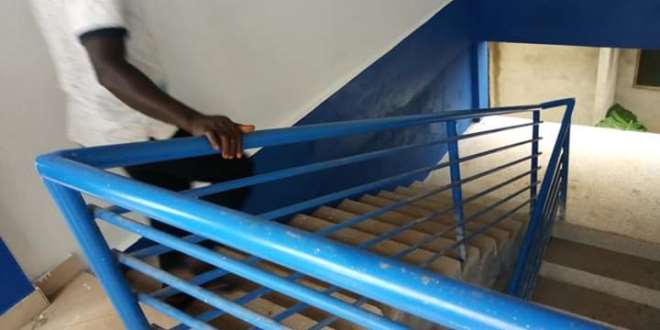 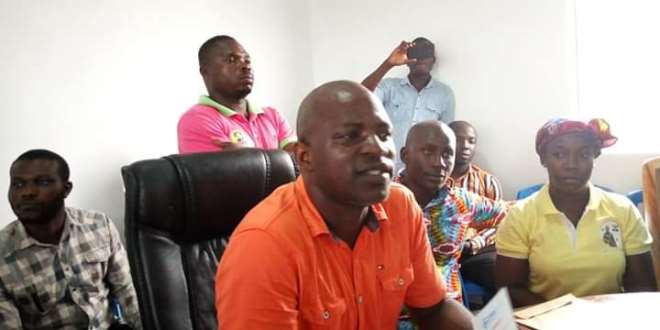 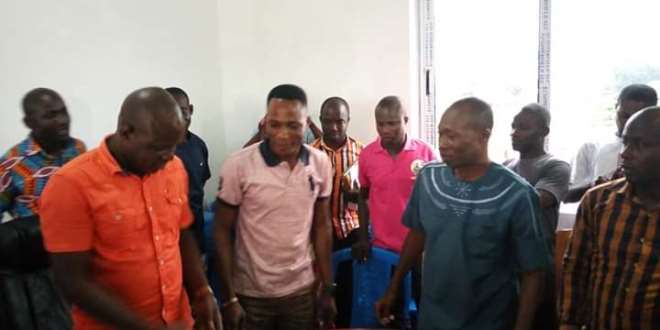 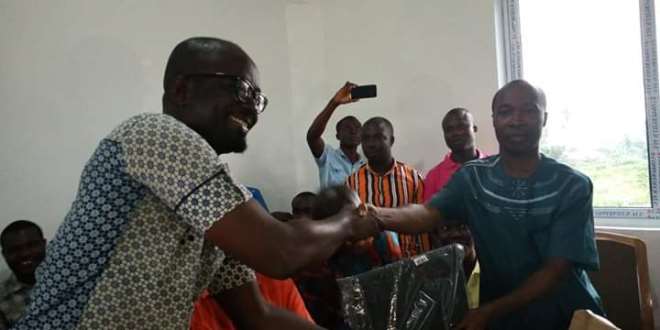 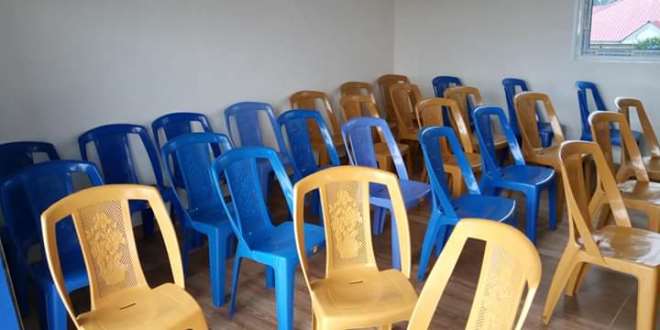 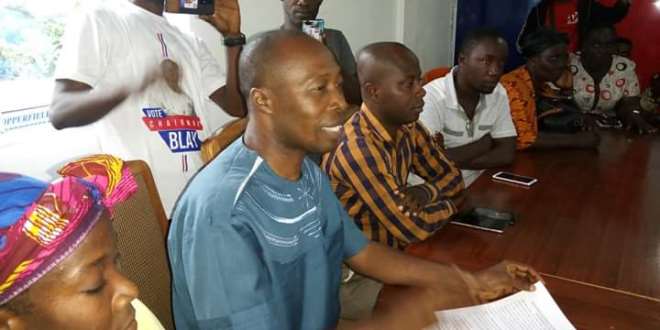 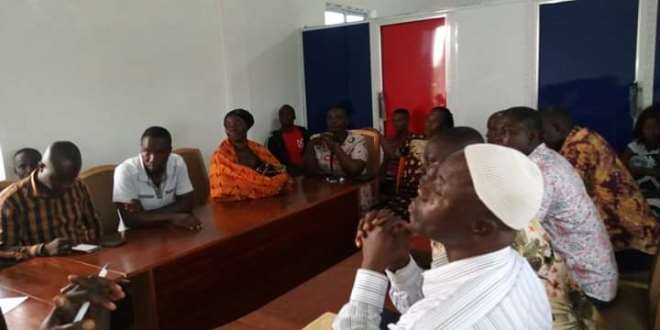 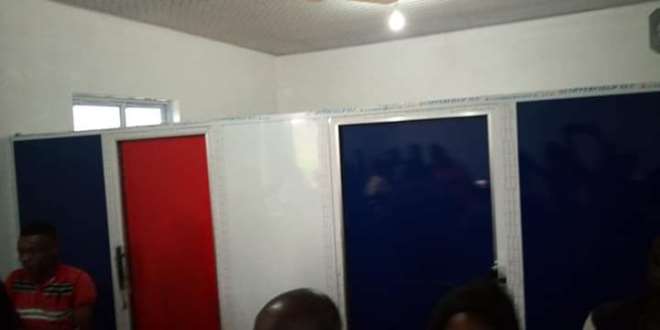 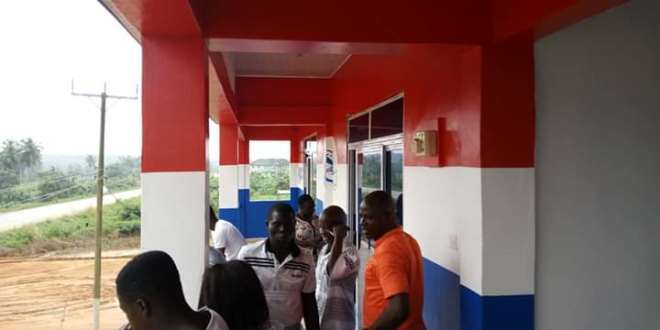