Zero carbon footprint as Thunberg takes campaign across the Atlantic 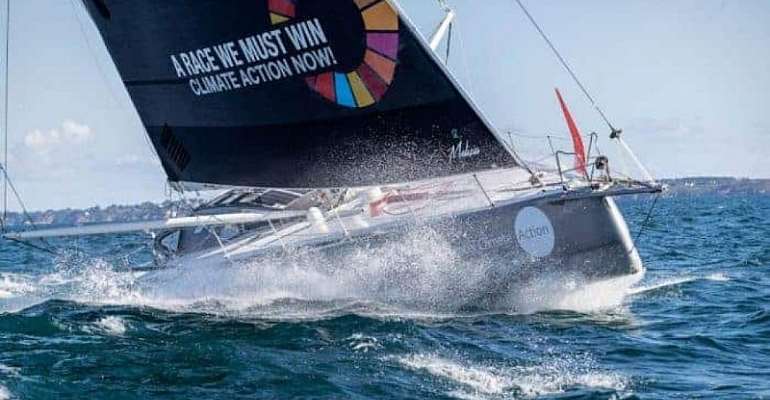 Staying true to her cause, Greta Thunberg, the Swedish teenage climate activist will cross the Atlantic aboard a bare bones racing boat to attend a climate action summit at the United Nations in New York.

In an effort to avoid travelling by air, 16-year old Thunberg will be aboard the Malizia II, a 60 foot racing yacht that is fitted with solar panels and underwater turbines that produce electricity on board to ensure its journey is zero-carbon.

The climate activist has inspired protesters all around the world with her warnings about global warming.

In New York, she plans to join large-scale climate demonstrations and speak at the UN climate action summit on September 23.

Aboard Malizia II
Boris Herrmann, the German skipper from the racing yacht confirmed that “this trip will be massively challenging for Greta and for all of us.”

The boat trip will take about two weeks aboard and be free of charge for Thunberg and her father who will be accompanying his daughter.

“Greta taking on this challenge of sailing across on a race boat with zero comfort really shows her commitment to the cause and how far she's willing to push herself” Hermann told Reuters.

The racing yacht that is not designed for luxury travel but rather has been stripped down to its minimum to be as light as possible.

Hermann first saw the teen activist at a demonstration in Hamburg where thousands of schoolchildren were in attendance. His girlfriend, a teacher, indicated that if ever Thunberg needed to travel somewhere that a train couldn't reach, he should offer to take her by boat.

His yacht is due to take part in the Fastnet race which begins in Cowes, UK on Saturday.

Route
The skipper said the team would try to map a route to avoid the roughest weather.

“We can make our route a big longer to sail around strong winds. That's not always possible so have discussed this. She's trying to mentally prepare for that and then we have to see how it goes”.

Herrmann added that Thunberg has to decide how quick she wants to go and if she is comfortable with the route or find another option if it looks too stressful.

The exact date of departure has not yet been set.