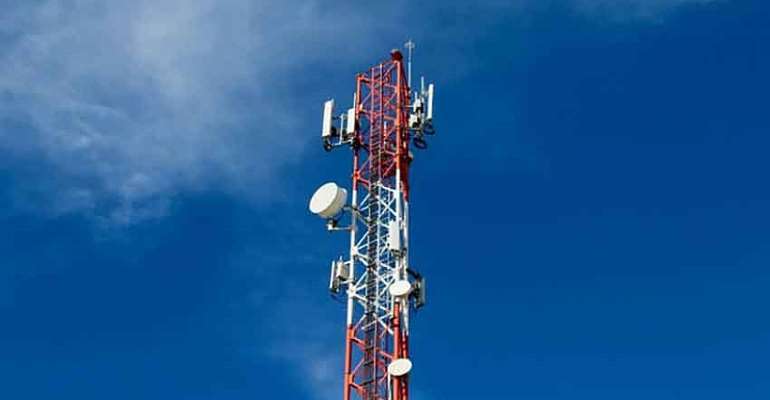 Introduction
Telecommunication has become a major drive for socio-economic growth, globally. The utilization of the opportunities that come with it has led to the proliferation of telecommunication masts (Masts).

Masts (also referred to as towers) are typically tall metal structures that support antennas for telecommunications and broadcasting for mobile phone, radio, television and radar.

The issue of mast location and the associated safety and health hazards is extremely imperative to be discussed and remedied to save lives and properties. There have been several discussions globally on the health implications of masts on people who live closer to them. These discussions originate from various epidemiologic and scientific studies by Scientists, Medical Professionals and International regulatory organizations.

The effects
People staying closer to masts may suffer from vibrations, noise pollution, generator fumes, ultraviolent rays and pollution of ground water as a result of oil spillage. Odunola, et al (2015), mentioned that, there is a significant relationship between residents’ health and distance to mast in Ogbomoso, Nigeria. He further mentioned that, it is interesting to note that the perceived impacts, particularly the physiological one is observed to be considerable and statistically significant.

There is also the danger of masts falling on people who stay closer to them. Santini, et al (2003), reported twenty-seven cases of fallen masts in France as a result of weather problems. As reported by the Daily Graphic on 29th May 2010, a mast collapsed on a high-tension pole carrying 33,000 volts at Mpintsim (Takoradi), depriving more than 33 communities of electricity. According to Biztech Africa, in 2016, a mast belonging to a bank collapsed in Lagos, injuring a trader and destroying neighbouring properties. In 2018, atlfmonline (https://www.atlfmonline.com/home/24-ghana/6732-western-region-collapsed-telecom-mast-kills-trader-in-takoradi.html) reported that, a collapsed mast led to the death of one person in Takoradi.

The World Health Organization (WHO) in 2006 stated that, there was no evidence to support the short or long-term adverse health effects of radio frequency (RF) signals produced from masts.

Contrary to this, the 2011 report of the International Agency for Research on Cancer (IARC); a specialized agency of WHO, classified cell phone and other types of RF and microwave radiation as having the potential to cause cancer in humans

Epidemiologic studies have shown that there are numerous health problems associated with the long-term exposure to masts; especially to those who stay very close to them.

Abdel, et al (2007), in their Northern Ireland studies observed that residents living in Dunanon districts within 1-5km service radius close to mast location suffered several cancer cases like lings, prostate, breast and lungs cancer. They also suffered ailments like leukemia, lymphoma and hematopoietic. Also in the study of Horst, et al (2004), Doctors from Naila (Germany) monitored 1000 residents who had lived in an area around two masts for a decade. In the last 5 years of the study, it was realized that people living within 400 meters of either tower had a newly diagnosed cancer rate which was three times more than those who lived further away. Cancers of the prostate, pancreas, bowel, skin melanoma, lung and blood cancer were all increased, with breast cancer topping the list.

In the study of Germann (2004), blood was drawn from 1018 persons before a mobile phone mast was erected. After 6 to 12 months of turning on the station, the new blood samples showed significant effects as a direct cause of pulsed electromagnetic field. In Kempten West (Germany), blood levels of serotonin and melatonin were measured both before and five months after the activation of a new cell site in 2007. The result showed significant unfavourable changes in hormones of almost all the 25 participants who lived within 300 meters (Weep News, 2008).

According to the Government of Ghana Guidelines for the Deployment of Communications Towers, “Some of these concerns particularly, with regard to health are not supported by existing scientific findings”. However, the report spells out requirements for siting towers; including structure, radiation emission and waste management, “to harmonise growth and development on one hand and public safety, perceived or otherwise on the other”

Conclusion
It is evident from the reviewed studies that, people who stay close to masts are at a higher risk of getting different kinds of cancer and other chronic ailments in both short and long terms.

Property owners need to be circumspect in leasing properties for such purposes. They should always think of the public good first. The health and safety of humans cannot be overemphasized.

Masts need to be properly and strongly sited to resist tensile, storms, vibration and other gravitational forces. They should also be sited within a reasonable radius from the activities of humans.

It is incumbent on Regulators to strengthen the requirements for erecting towers and ensure they are strictly applied, to safeguard properties and human lives.

Finally, Civil Society Organizations and Non-Governmental Organizations need to sensitize governments, regulators and the general public on the need to protect lives and properties from the risks associated with masts.

Odunola et al, (2015). Telecommunication Mast Location and its Health Implication for Residents in Ogbomoso, Nigeria. A paper submitted to the Department of Urban and Regional Planning, Ladoke Akintola University of Technology Ogbomoso Nigeria.