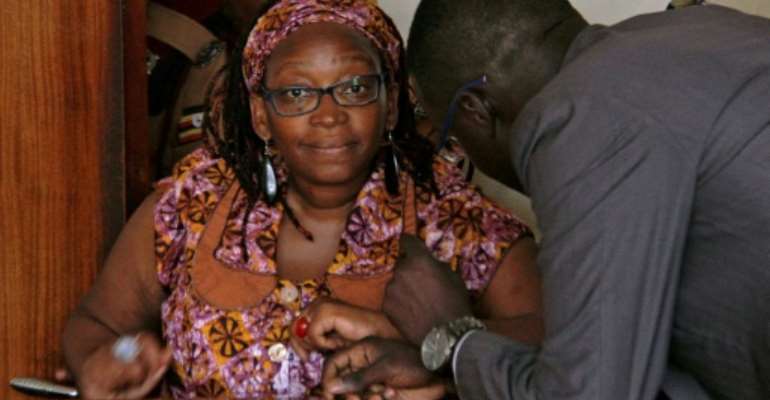 A prominent Ugandan activist jailed last year for insulting President Yoweri Museveni, was convicted of cyber harassment of the head of state on Thursday for which she could face a further three years in prison, her lawyer said.

However, a second charge of "offensive communication" was dropped, he added.

Nyanzi -- who was originally detained and tried in July 2017 for calling Museveni "a pair of buttocks" -- was arrested again in November 2018 and has since spent nine months in prison for what prosecutors described as a "brutish attack on the person of the President and his late mother".

Responding to her new conviction on Thursday, Semakadde said Nyanzi did not "agree with the ruling but we are waiting for the sentence to be handed down" on Friday.

"Without being challenged, the ruling means she will spend three more years in prison on top of nine months she has been in prison," Semakadde said.

Nevertheless, Nyanzi was "ready to face the consequences because she feels she is fighting a just cause," the lawyer added.

According to a local journalist who was present at the ruling, Nyanzi said she was "very disappointed at the verdict of offensive communication against Yoweri Museveni", who has been in power since 1986.

"I intended to annoy Yoweri Museveni. We are tired of his dictatorship", she was quoted as saying.

She has also hit out at the president's wife Janet Museveni, who is the country's education minister, accusing her of abandoning a campaign promise of free sanitary towels in schools.

A research associate at Kampala's prestigious Makerere University, Nyanzi holds a doctorate on sexuality in Africa.

In 2017, she told AFP that "so-called vulgar words are sometimes the best way to get your message across".

Public opinion in Nigeria is divided about her comments on Facebook, where she has more than 200,000 followers.