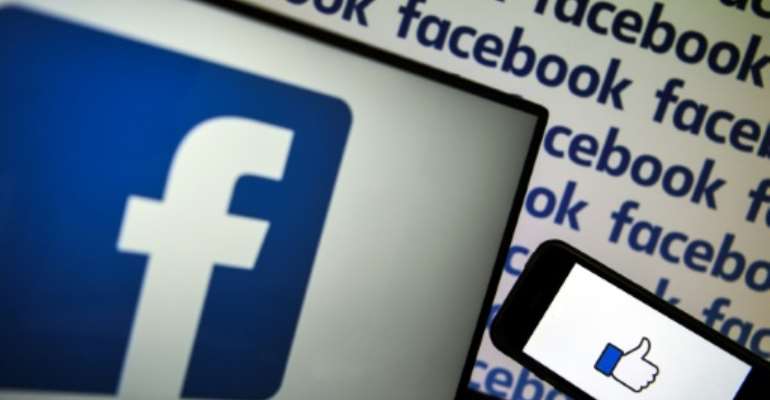 Facebook said it blocked accounts from Saudi Arabia and other countries in the region seeking to manipulate political conversation in the Arab-speaking world. By LOIC VENANCE (AFP/File)

Facebook on Thursday said it derailed a pair of shady online influence campaigns in the Arabic-speaking world including one linked to the Saudi Arabian government.

The campaigns appeared to be separate efforts, but both involved "coordinated inauthentic behavior" on Facebook and its Instagram image-centric social network, according to head of cybersecurity policy Nathaniel Gleicher.

Gleicher said that 217 Facebook accounts, 144 Facebook pages, five groups, and 31 Instagram accounts were removed due to their involvement in deceptive, coordinated behavior originating from Saudi Arabia and focused primarily on that country and North Africa.

Page administrators and account owners typically posted in Arabic about regional news and political issues, including on Crown Prince Mohammed bin Salman and the conflict in Yemen, according to Facebook.

"They also frequently shared criticism of neighboring countries including Iran, Qatar and Turkey, and called into question the credibility of Al-Jazeera news network and Amnesty International," Gleicher said .

Although the people behind the activity tied to conceal their identities, "our review found links to individuals associated with the government of Saudi Arabia," he added

Those involved in the campaign posed as local residents in targeted countries, using fake account identities and masqueraded as local news outlets.

The campaign spent approximately $108,000 in advertising, paid for in US and Saudi currency, according to Facebook.

A second influence campaign appeared to be coordinated from Egypt and the United Arab Emirates, and focused on countries in the Middle East as well as in northern and eastern Africa, according to Facebook.

The campaign spent about $167,000 spent on Facebook ads, paid for primarily in US dollars and Emirati dirhams.

People behind the network used compromised and fake accounts seeking to spread their content and comments to artificially increase engagement.

Those running pages and accounts posted about topics like fashion, animals, humor and crafts as well as about local news, politics, and elections.

The move marked the latest effort by the world's biggest social network to crack down on influence campaigns from fraudulent accounts seeking to manipulate conversation on Facebook.