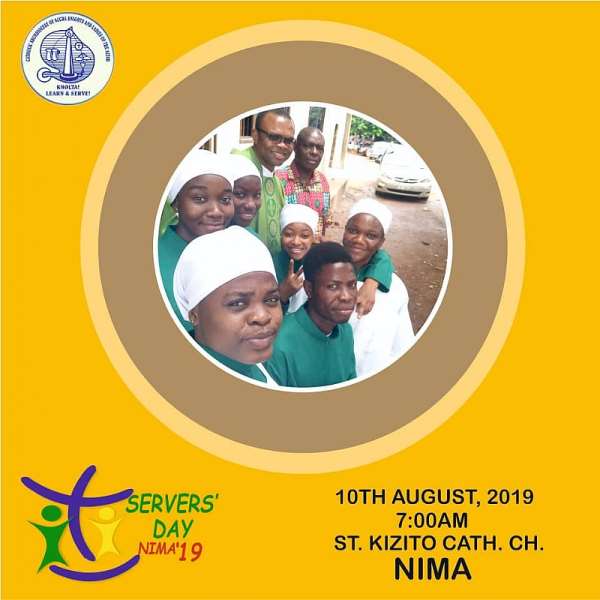 The Accra Archdiocese of the Roman Catholic Church in Ghana will on the 4th of August to 11th of August, 2019 hold their annual Servers' Week/Servers' Day Celebration at Parish/Church levels and Diocese level at St. Kizito Parish at Nima.

The servers week celebration started in the then Accra West Deanery and later marked as an Archdiocesan programme. This year marks the 23rd year of this great celebration of Mass Servers in the Archdiocese.

The Servers' Day comes forth on 10th August, 2019 at St. Kizito Parish, Nima in the Kpehe Deanery of the Archdiocese of Accra under the able leadership of Very Rev. Fr. Osmund Kudoloh (Youth and vocations director), Okyere Kwame Lawrence (ARCHDIOCESAN KNOLTA CHAIRMAN), the Kpehe Deanery Priestly Council and the planning committee under the theme: 'Our Call to Holiness in the Light of Guadete et Exsultate' (Mark 4)

It going to be attended by all the six deaneries in the Accra Archdiocese and the expected number of mass servers to attend is over 2000.