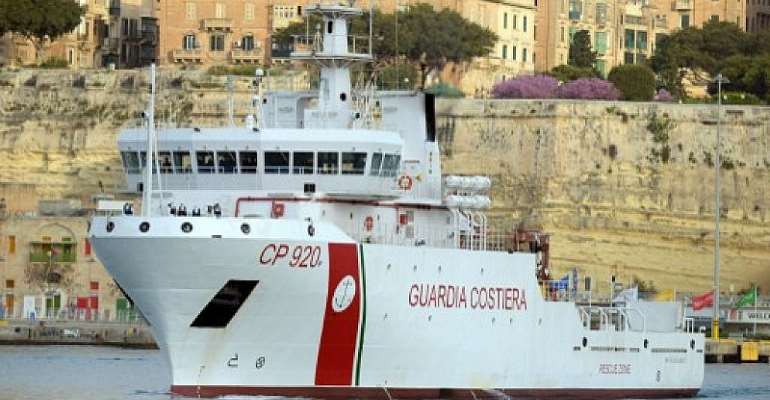 France is ready to take 30 of the 116 migrants stranded on the Gregoretti Italian coastguard ship after some EU states agreed to accept them. But it will only take “refugees, not economic migrants”.

Up until now Italy has taken a hard line against migrants rescued at sea being brought to Italy. Far-right Interior Minister Matteo Salvini says his country is bearing an unfair burden in the refugee crisis.

But on Wednesday Salvini allowed 116 rescued migrants to disembark from the Gregoretti coastguard ship after the EU Commission announced that France, Germany, Ireland, Luxembourg and Portugal had agreed to share responsibility for them.

By the end of Wednesday afternoon, the 116 male migrants Salvini had forced to remain on the boat docked in Sicily for five days had been allowed ashore.

The deal was spear-headed by French President Emmanuel Macron who last week said 14 EU members had approved a plan for the redistribution of refugees rescued in the Mediterranean, and eight states said they would actively take part in the process.

"A European solution has been found for the women and men stranded on the ship Gregoretti" Macron tweeted on Wednesday.

"They will disembark in Italy, then be welcomed in six countries, including France. Our country is true to its principles: responsibility, solidarity and European cooperation," the French president wrote.

Cherry-picking
In reality, the 116 on board are all men, since several had already been evacuated for medical attention, including a seven-month pregnant woman, her two children and her partner, as well as 15 minors.

France said it would take in 30 "refugees and not economic migrants" and is to send a team from its official refugee agency, Ofpra, to the hotspot of Pozzalo on the island of Sicily to identify the candidates. They are expected to benefit from a simplified procedure.

“This is cherry-picking,” says François Gemenne, a migration specialist at Sciences Po in Paris. “It's all rhetoric.”

And there's little likelihood the men will qualify for asylum in France, since most are West Africans who fled Libya.

“They're not Libyans, they seem to come from West Africa,” says Gemenne. “They've been stuck in Libya and are possibly victims of torture, rape, violence and who have tried to escape Libya by taking a boat.

“It is really unlikely that many of them will get refugee status,” he continues. “Most likely what will happen is that quite a lot of them will be either sent back to West Africa or be taken by other countries, namely the Italian church.”

According to the EU Commission, the majority of the 116 men will be taken care of by the Catholic Church. In August 2018, more than 150 people were stranded on the Italian coastguard ship Diciotti for over a week before an agreement between the church, Albania and Ireland allowed them to disembark.

“It is unthinkable that what should be the responsibility of governments to design and implement an asylum policy, has to be negotiated with a private organisation,” deplores Gemenne.

Trafficking
It is likely that the migrants in question paid traffickers to cross the Mediterranean to reach Italy. Critics of the deal to take them in say it will further encourage trafficking.

“Clearly it does,” admits Gemenne. “But the problem is the more you close off borders the more people will get stuck in Libya and this will only encourage traffickers and smugglers.”

A vicious circle that in his view can only be broken when a Europe-wide asylum policy is implemented.