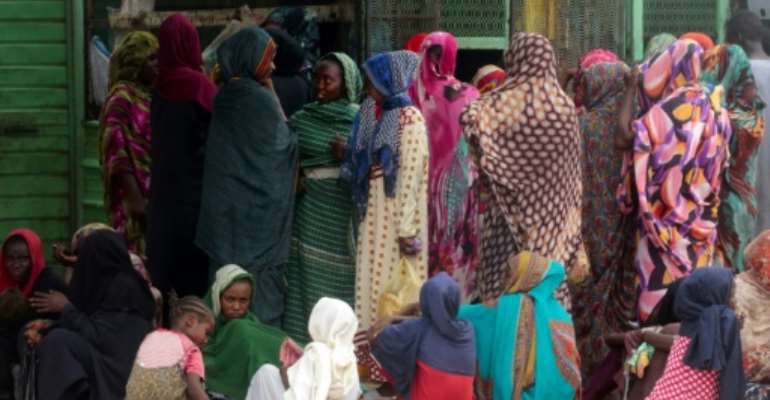 Women queue for hours outside a bakery in the Sudanese city of Al-Obeid where the chronic shortage of bread prompted a protest by schoolchildren in which five were shot dead. By ASHRAF SHAZLY (AFP)

Sudanese vegetable vendor Zain Mohamed is angry as he queues outside a bakery in the city of Al-Obeid, where five schoolchildren were shot dead while protesting against a shortage of bread.

"At a time when I should be selling vegetables, I'm here wasting hours in a queue to buy a loaf of bread," Mohamed told AFP, as he waited with dozens of other men and women in front of the bakery in downtown Al-Obeid.

Tragedy struck the city on Monday when six people, including five secondary school pupils, were shot dead at a rally against a growing shortage of bread and fuel in the city.

It was a sudden tripling of the price of bread in December that was the spark for the mushrooming protests that led to the toppling of longtime president Omar al-Bashir by the army in April.

Al-Obeid, the capital of North Kordofan state some 350 kilometres (220 miles) southwest of Khartoum, remained largely quiet during the long months of protests.

Bashir addressed loyalist rallies in the state just weeks before his ouster. 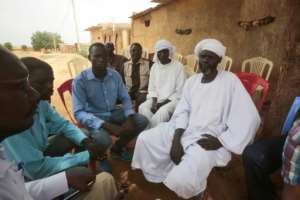 The father of one of the Sudanese schoolchildtren killed at Monday's protest against the shortage of bread and fuel receives condolences in front of the family home in the central city of Al-Obeid. By ASHRAF SHAZLY (AFP)

But Monday's deaths have left the town in shock, prompting the authorities to impose an indefinite night-time curfew.

Demonstrators accuse the feared paramilitaries of the Rapid Support Forces of shooting dead the protesters.

But despite the curfew, shops remain open late into the night and residents venture out, even by car, in search of bread and other scarce goods.

"Getting food has become a tough task," said Muwawi Saad, an employee at a private company.

"You have to wait for an hour or even more. Often you pass by one bakery and find that it is shut because there is no electricity."

Power cuts are frequent in Sudan including in the capital Khartoum as the authorities struggle to tackle a deepening economic crisis -- the driving force behind the uprising against Bashir.

For much of his three decades in power, Bashir was able to look to Al-Obeid for support but the city drew scant reward in terms of investment.

Many of its roads remain unpaved and heavy rains this week left huge pools of water for want of drainage.

In the downtown area, many houses are built of cement. In poorer neighbourhoods, mudbrick is still widespread.

"There has been no electricity in our house since this morning," said Babikir Awad, sitting on a chair in front of his single-storey home in the city centre.

"We have been suffering for months, but the situation has escalated in the past two weeks." 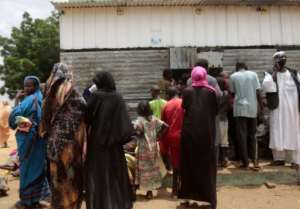 The purchasing power of ordinary people in Al-Obeid has been hit badly over the past decade and there is widespread anger that even basic goods like bread are now in desperately short supply. By ASHRAF SHAZLY (AFP)

"The main problem is that there is no steady supply of electricity," said bakery owner Mohamed al-Hassan.

"Having your own generator means increasing your costs and in turn exposing yourself to losses."

Residents are angry that the authorities have failed to resolve the bread shortage.

"The city has witnessed a complete deterioration in services," said Shadiya Othman.

"This has led to anger."