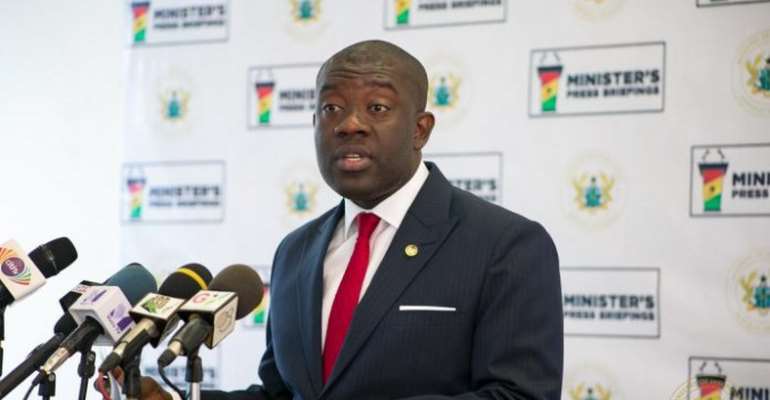 Ghana’s Minister for Information, Mr. Kojo Oppong Nkrumah has disclosed that the government will have no problem terminating its contract with Power Distribution Services (PDS) following the suspension of the concession agreement with the company.

The Ministry of Information announced on Tuesday evening noted that they have suspended the agreement with PDS with immediate effect following the detection of fundamental and material breaches of PDS' obligation in the provision of Payment Securities (Demand Guarantees) which was discovered upon “further due diligence.”

Speaking in an interview with Class FM on Wednesday morning, Mr. Kojo Oppong Nkrumah highlighted that, “The concessionaire met the condition precedent, prima facie, then, as part of continuous due diligence, which is ongoing, the Ghana side has had reasons to raise red flags about, particularly, payment guarantees that were submitted and, as a result of those red flags, it has proceeded to move to secure the interest and the assets of the state by suspending the concession agreement while a full-scale inquiry goes on”.

He insists that government will further probe the matter but will have no problem terminating the contract with PDS if the need be. According to the Information Minister, the government’s priority is to secure the interest of the state and they will not relent in their efforts to do so.

“At the end of that full-scale inquiry, if this agreement needs to be terminated, we’ll be informed about it accordingly. The most important thing is that right now, the most important step, which is to secure the interest of the state and the asset of the state, is what has been occasioned and it is our expectation that as that full-scale inquiry goes on, whatever the outcome is, all of us will be made aware”, he said

Meanwhile, ECG has taken full control of the operations of PDS to ensure that distribution, billing and connection services go on smoothly as the government continues their investigation into the mess.