BA MCE, DCEs Charge Journalists To Be Fair And Balance In Their Reportage 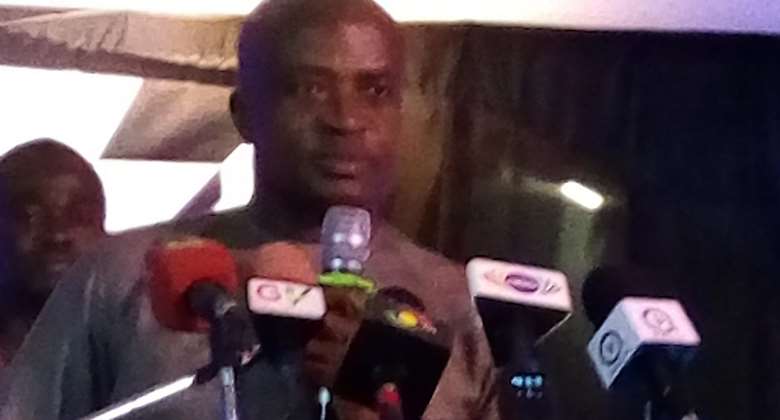 Municipal and District Chief Executives in the Bono and Ahafo Regions have called on Journalists to carry out fair reportage devoid of mischief, exaggeration, argument, half truth, palpable lies and falsehood.

He says the sationalism of news has the tendency of jeopardizing the security of the country.

The District Chief Executive for Sunyani West (Odumase) and Dean of M/DCEs Martin Obeng who made the call on behalf of all M/DCEs, urged Journalists not to sacrifice professionalism and integrity for selfish personal gains.

Journalists, he said, represented the voice of the voiceless in society and more importantly, set the day’s agenda for public discourse with the main aim of educating the masses and creating awareness in keeping the public up to speed with trending issues in the country and beyond, hence any attempt and desire to put financial gains ahead of their profession would cause information vulnerability at the expense of the public.

The M/DCEs also expressed concern about the Radio and Television panel discussions held on political issues in the country where political party communicators are always empanelled to discuss national issues of public concern, and the discussions end up in propaganda leaving the public much more confused and politically divided than ever.

They entreated the Media to re-strategize and streamline their programs for the optimum benefit of the citizenry rather than causing more damage than good to the public.

Mr. Martin Obeng asserted that there were number of issues that needed non-politically professional analysts and experts to discuss and provide possible solutions for good governance and development but were politicized by political actors as panelists.

The call was made at the 1st Bono and Ahafo GJA Awards Ceremony in Sunyani which saw traditional and religious authorities as well as Ministers of State, government officials and Media personalities, National GJA Executives including the President Dr. Affail Monney in attendance.

He, however, commended the Media for their watchdog role and development-driven programs that are aimed at improving the living conditions of the people.

We warned gov’t against reckless borrowing, wasteful spendin...
26 minutes ago