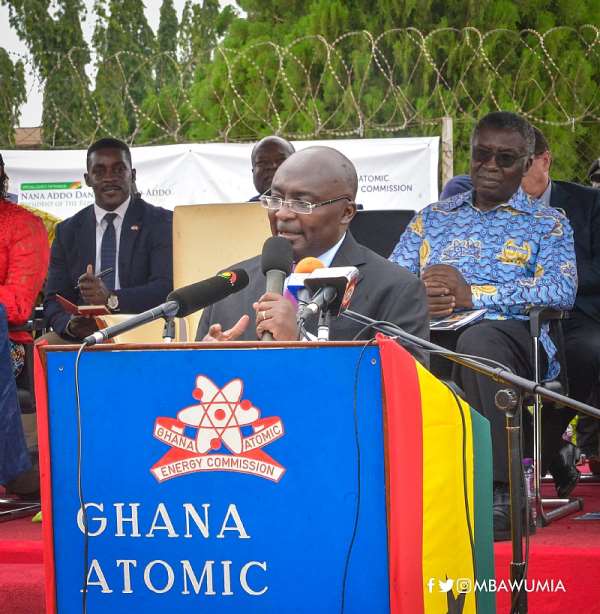 In August 2017, Ghana became the first country, outside China, to successfully complete the conversion of this reactor type, and the Ghana Atomic Energy Commission has been training scientists from other countries to convert theirs.

Speaking in Accra on Tuesday, 30th July, 2019, Vice President Bawumia indicated that Ghana is committed to global efforts to ensure the responsible use of nuclear technology, and would continue to uphold international treaties guiding their use.

“In this regard, Ghanaian scientists in collaboration with Scientists and Experts from the Argonne National Laboratory (ANL) and Idaho National Laboratory (INL) of the United States Department of Energy (US DoE), the International Atomic Energy Agency (IAEA) and China Institute of Atomic Energy, undertook the process of converting our high-enriched uranium fuel reactor to low-enriched uranium fuel one.

“By this feat, Ghana received an outstanding performance award from the National Nuclear Security Administration, Department of Energy of the United States of America (USA).”

The Vice President disclosed that Government, three months ago, released funding to support the site selection process for the establishment of a Nuclear Power Plant (NPP) to generate electricity.

“Cabinet has also approved the setting up of an Organisation to oversee the construction and Operation of Ghana's first Nuclear Power Plant (NPP) and believe it will also help our quest to achieve some of the sustainable development goals, specifically, Good Health and Well-being, as well as Quality Education, which will transform our world.”

The Vice President had high praise for the work in radiation medicine, cancer research, medical imaging, diagnostic molecular biology and nutrition undertaken by scientists at GAEC, which are having direct positive impacts on daily lives.

“I wish to congratulate the Ghana Atomic Energy Commission (GAEC) for its contribution to the development of the country through the application of nuclear science and technology in the areas such as Health, Agriculture and Industry. I am informed that it was through the efforts of the Commission that the two Radiotherapy Centres at Korle-Bu and Komfo Anokye Teaching Hospitals were established for the treatment of Cancer.

“I have also taken keen note of your research in irradiation, which would prolong the shelf life of such staples as yam, maize, and beans. This would go a long way to reduce post-harvest losses,” he added.

The Government of President Nana Addo Dankwa Akufo-Addo is committed to enhanced and accelerated scientific study, Vice President Bawumia assured, recalling that this was the first time in over 40 years that a President or his Vice had visited the facilities of GAEC and provided this quantum of support for scientific work at the nation’s sole nuclear research institution. 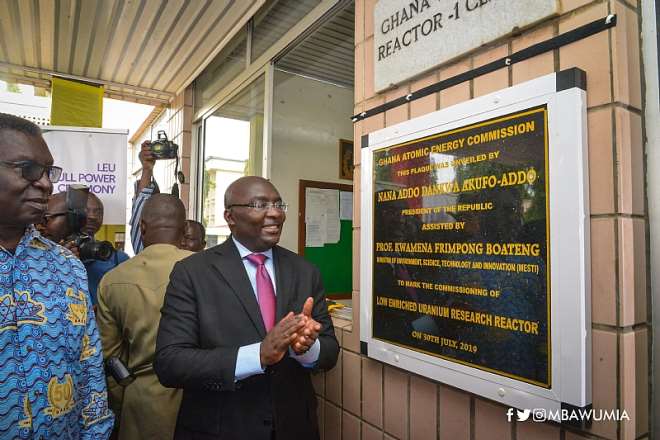 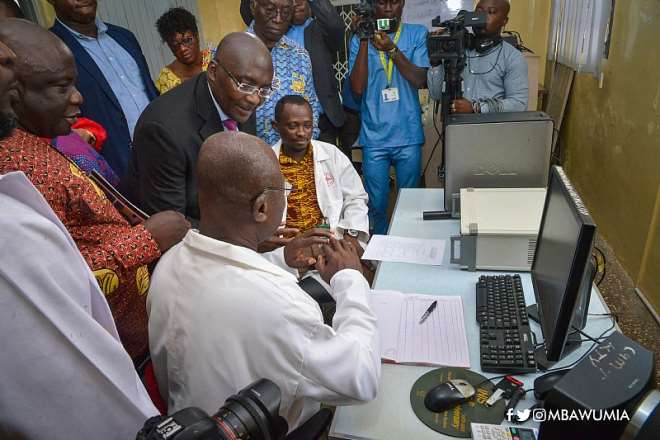 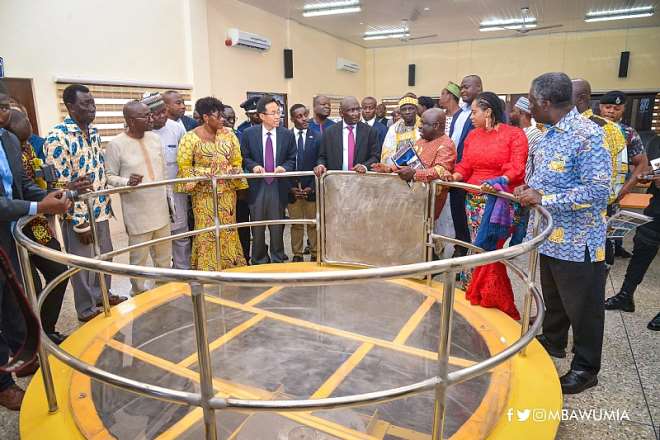 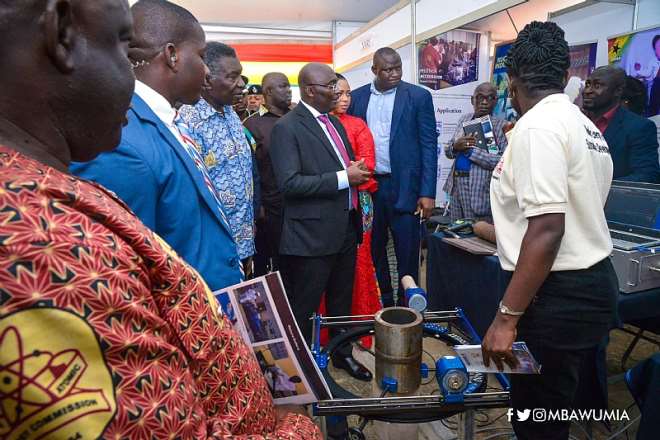 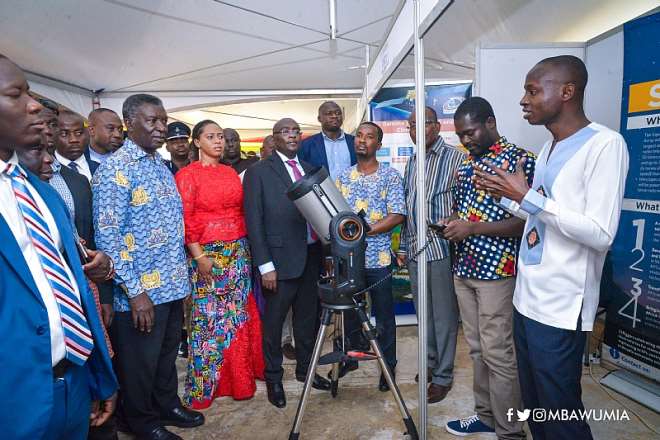 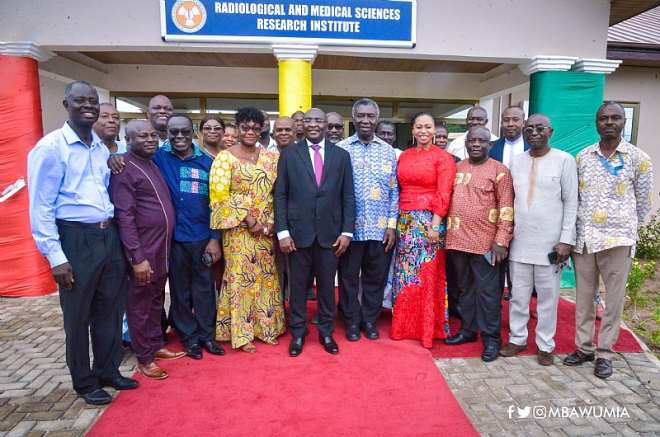