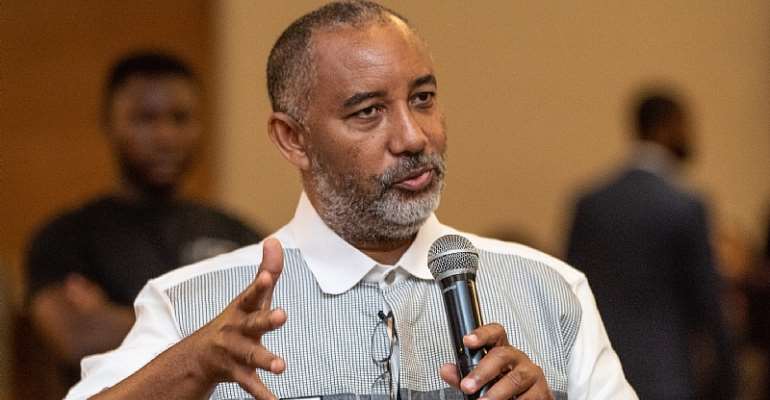 The Finance Minister in his supplementary budget submission to parliament made the claim that the government is going to renegotiate all take-or-pay power agreements to take-and-pay will scare away prospective investors not only in the power sector but even more in the development of any future gas Exploration and Production (E&P) field. This claim, if true, is not only ill-advised but also dangerous and a hinderance to potential investors in the energy sector of our economy.

First, if investors agree to take-and-pay agreements, government will have to provide even greater security support packages to make the financing of the development of these gas fields intended for Gas2Power possible.

Clearly, the approached being proposed by the Minister shows his team’s lack of experience in financing infrastructure projects.

An analogy is where a caterer agrees with a company to provide meals for 200 staff based on the demand forecast at the time.

She then gears up, enters into debt to buys equipment to provide 200 meals a day ; only to find out later that the company decides unilaterally, or for some other reason, to reduce the meals to 150 people.

There will be consequences for everyone involved - the off taker, the supplier, the supplier’s banks etc. How does the caterer pay for the debt with reduced revenue and reduced margins?

The view that the government can unilaterally renegotiate existing IPP agreements from one form to another is not only a joke; but it also shows the basic lack of understanding in how investors in the energy sector make Financial Investment Decisions (FIDs) in a country where the government is reluctant to guarantee investments in the sector. Certainly if the government is now willing to provide sovereign guarantee to investors investing in the sector, it can cajole the investors into take and pay agreements. But knowing the credit worthiness of this government, no sane investor will even take the bait of a sovereign guarantee from Ghana.

The financial institutions that financed these plants will not agree to a renegotiation unless government provides more support or guarantees in the form, possibly, of Standby Letters of Credit to provide comfort of default from the already bankrupt power sector.

Even on the taxation side, a take-or-Pay contract will have lower tariffs than a take-and-pay contract!

The issue I am raising here is with the Minister’s statement that has to do with him saying that he will renegotiate “ALL” IPP Power Purchase Agreements to make them take-and-pay from take-or-pay.

We should also not confuse the Put-Call Option Agreements (PCOA), with take-or-pay Agreements;

The take-or-pay on the other hand is more related to off takers payments for power received - ensuring debt service payment of the capital expenditure financed by the investor’s financial institution. It is a project financing requirement in the power sector (and in most infrastructure project).

Please note that both Bui and Sunon Asogli which were signed by the NPP government were take-or-pay Agreements.

If the IPP has paid off its initial capex then there is the need to renegotiate. The IPP needed a take-or-pay Agreement in order to secure the original capex financing.

If we send a message out to the power sector investor community that we would no longer be entering into take or pay agreements, as explicitly stated by the Finance Minister, it would be impossible for them to reach Financial Investment decision, nor raise the funding from the project finance banks.

Lastly, it was disingenuous of the finance minister to deceive the public with the amount of dependable (24/7) sustainable power generation capacity which is more in the neighbourhood of 3,500mW rather than the 4,593mW. But that is a topic for another day!