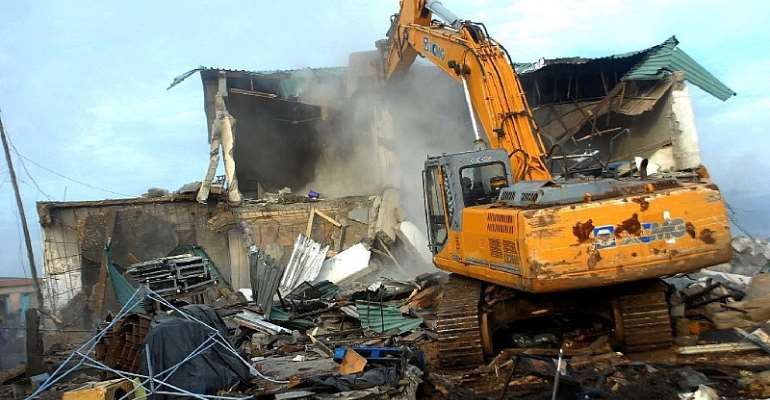 The Ayawaso North Municipal Assembly has pulled down several structures near the Maamobi General Hospital in Accra to pave way for the construction of it's office complex.

The structures served as homes and shops to some welders who lived in the area for decades.

According to sources, the assembly first gave an eviction notice as far back as February 11, 2019 but the occupants of the land refused to vacate the area.

The final warning on some of the structures for the occupants to vacate was on Sunday, July 28, 2019, but that was also not adhered to by the residents.

But some of the affected residents told Citi News that the assembly did not give them any eviction notice.

“We were not given notice. I returned from the Ministries and saw them ripping off my building. We are pleading with the government to come and settle us. We do not have any place to go,” a resident said.

” It was on Thursday. I was at work when I was called by the AMA to move,” another said.

Meanwhile, efforts to speak to the Municipal Chief Executive have yielded no results.