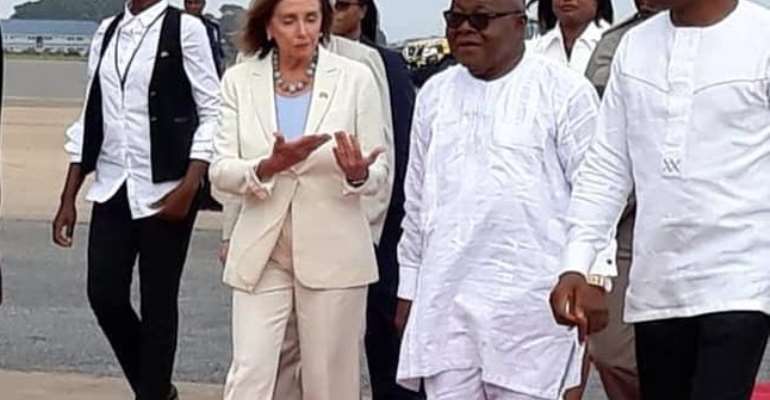 It’s a well known fact that the American society is deeply divided about what America is, stands for and is going. The divisions in the American society came to light after the stunning victory of President Trump in 2016 even though the divisions had existed much earlier. Issues such as trade, immigration, the second amendment, DACA, homosexuality, religion and abortion have been some of the major issues that have had Americans entrenched in various viewpoints.

Nancy Pelosi represents the viewpoint that is completely against the views and sentiments that paved way for the rise of Donald Trump. As such, Nancy Pelosi and her party have not been able to see eye-to-eye with the President of the United States on so many issues stagnating legislative achievements and further development of their country.

As it’s generally known in politics, compromise, tolerance and respect is needed for political leaders to work together for the good of the populace especially when they have different political affiliations and beliefs. While Donald Trump I am sure may have his own share of mistakes, I am concerned about the mistakes of Nancy Pelosi since she is in my country to address my parliament.

It’s always nice for Ghana to maintain a good relationship with other countries, especially the United States since they have been a good friend to Ghana and have supported and influenced us in many ways. So there is nothing wrong in treating Pelosi with great respect and welcoming her but we should do so with the understanding that she is not the president of the United States and does not officially speak for the US.

Moreover, I do not think she is a good example to have speaking in our parliament when she struggles to respect and accept her duly elected President. She is known to have openly called her President a racist as well as expressed her desire to see Trump in prison. In short, she is toxic. The Parliament of Ghana must be careful not to show any form of support to her should she try to disrespect her President. At the same time, we must by observing her, strengthen our resolve to improve on our democracy based on freedom, justice, respect and tolerance.

Ghana has already turned its back on President Trump and the United States when we decided to condemn the US for sending their own embassy to Jerusalem, which was welcomed by the Israeli people who at least, are fully in control of the city. That decision I believe was most unfortunate especially when we could have simply abstained from the vote.

Additionally, Ghana has had or is having diplomatic issues with the United States concerning deported Africans the US have identified as Ghanaians which the Ghana government had or is refusing to accept. It is clear that Ghana, in the Trump era is not on the same page with Trump policies which directly or indirectly concerns us.

As such bringing in a major political enemy of President Trump after that unfortunate UN vote and our diplomatic issues with the US to speak in our parliament can be a major disaster should Pelosi unleash scathing anti-Trump sentiments since it will suggest that Ghana is at odds with Trump. I think we should be more careful and pay more attention to the internal issues going on in the countries we admire so as not to become pawns in another country’s internal affairs.

At the end of the day, President Trump remains the leader of the United States and if Ghana really seeks a good relationship with America in the Trump era, then it is Trump we must seek to foster a better relationship with.

I haven’t said NPP is Majority in Parliament – Bagbin clarif...
54 minutes ago