Back to the Future: French inventor to re-attempt flyboard Channel crossing 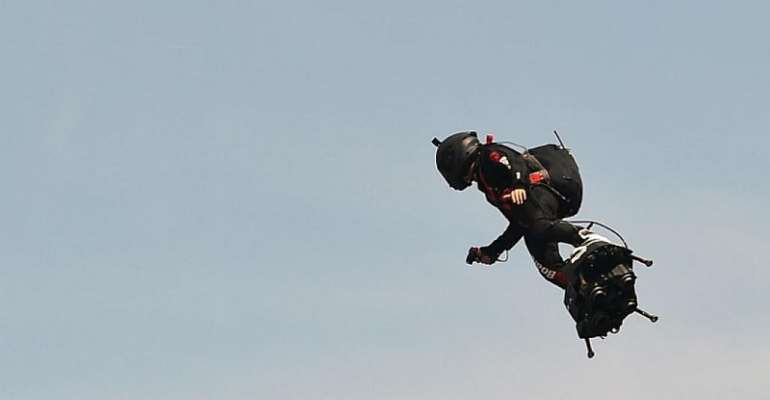 Daredevil French inventor Franky Zapata is to attempt a second crossing of the English Channel on his futuristic flyboard, a week after his first bid ended up in the water.

Zapata, 40, will make his new bid to fly from northern France to southern Britain later this week.

"He does not want to end in failure. He will try again either Friday, Saturday or Sunday, depending on the weather," his spokesman told French news agency AFP.

Zapata had to be fished out of the water in mid-Channel by rescuers during the bid last Thursday after falling into the busy shipping lane during a tricky refuelling manoeuvre.

His first attempt to cross La Manche, as it is called in France, provoked gasps of astonishment from onlookers and supporters as he took to the air, levitating skywards before soaring off into the distance.

"Franky is ready," said his spokesman, after Zapata spent all weekend in Marseille repairing the damaged flyboard.

Bastille Day display
Zapata made international headlines at the 14 July Bastille Day military parade when he soared across the Place de la Concorde in Paris in front of world leaders, including President Emmanuel Macron and German Chancellor Angela Merkel.

He flew above the dignitaries and onlookers gathered on the Champs-Elysées holding an assault rifle, in a nod to the French defence ministry's earlier comments that it was studying how the flyboard could be used by its troops.

Zapata's hovercraft is powered by five small jet engines that allow him to fly at up 190 kilometres an hour for around 10 minutes before he has to refuel.