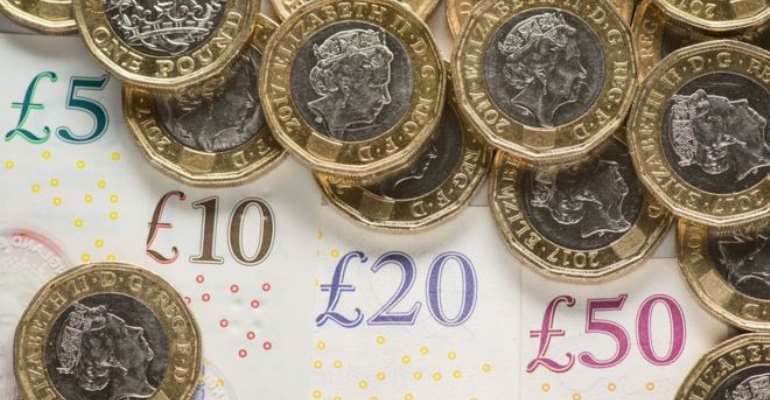 The pound has continued to fall on currency markets as the government insists that the UK is prepared to leave the EU without a deal.

Sterling fell in overnight trade in Asia to a two-year low of $1.2152 against the dollar.

The currency also lost ground against the euro, falling to €1.0912.

Under new Prime Minister Boris Johnson, the government has toughened its stance on a no-deal Brexit, which it has said is "now a very real prospect".

The pound - which was trading at about $1.50 against the dollar before the EU referendum in June 2016 - has dropped by 2.4% since Monday, when a spokeswoman for Downing Street said that the UK would not enter talks with Europe unless the so-called Irish backstop is scrapped.

She said that because the EU has said it is not willing to renegotiate on this point, "we must assume there will be a no-

It follows comments at the weekend by Michael Gove who wrote in the Sunday Times that the government is now "working on the assumption" of a no-deal Brexit,

Mr Johnson appeared to strike a slightly softer tone on Monday afternoon, when he said he would "hold out the hand" and "go the extra thousand miles" to strike a new Brexit deal.

However, it was not enough to stop the overnight slide in sterling.

Seema Shah, senior global investment strategist at Principal Global Investors, said: "If it looks like this juggernaut cannot be stopped, we do expect sterling to keep falling."

She said that the pound could drop as low as $1.18 against the dollar, but she added: "There is a widespread view that a no-deal Brexit will be stopped."

But Ms Shah warned if the UK does leave the EU on 31 October without a deal, the pound could fall through $1.18 "pretty quickly".

Laura Lambie, senior investment director for Investec Wealth & Investment, warned that the pound could fall further if the UK crashed out of the EU without a deal.

"I do think that investors are looking at a no-deal as a risk, not a certainty," she said. "That does mean that if we do come out of the EU without a deal, then sterling has further to fall." 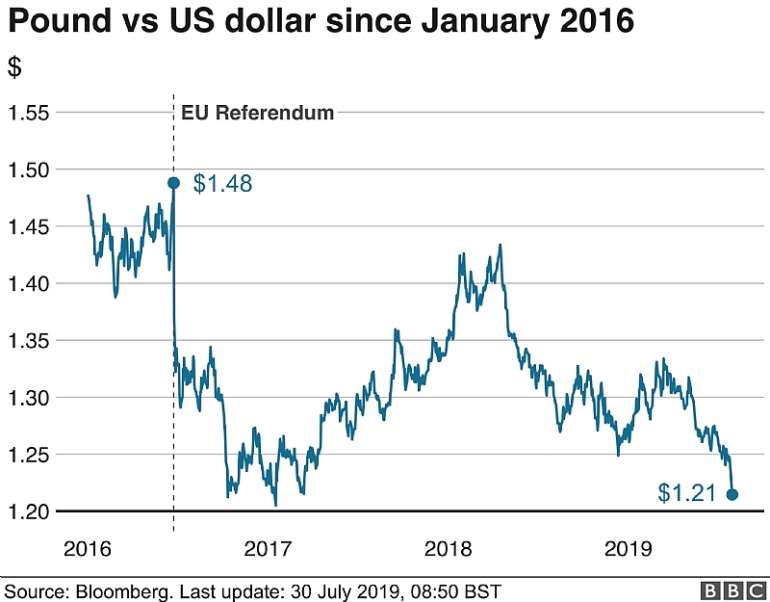