'I cheat because others cheat': Kenya struggles against doping 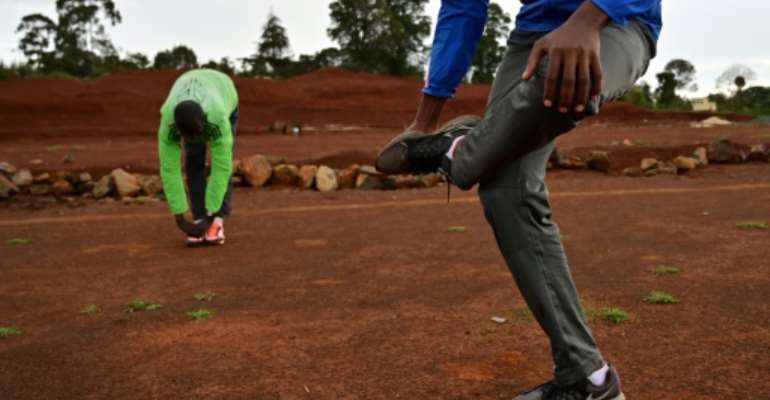 At first Alex did not want to dope. The Kenyan runner wanted to compete clean, earn an honest living, and lift his family out of poverty through grit and determination.

But his resolve crumbled as he realised he could not match his opponents, athletes he knew were doping and beating the system set up to catch drug cheats.

Soon, Alex was boosting his performance with erythropoietin (EPO), a substance banned by the world doping watchdog but poorly regulated in Kenya.

"I had to use it, in order to earn a living. You cannot compete with people already using and expect to earn something reasonable," said Alex, who spoke with AFP on condition of anonymity and asked that his name be changed.

"Sport today is not clean."

Kenyans are legendary marathoners, making up 38 of the world's top 100 runners in 2019. But the country's anti-doping authorities have struggled to stamp out a culture of drug use in its fabled athletic fraternity.

Alex trains in Iten, hallowed ground for aspiring Kenyan runners who dream of following their idols from the high plateau above the Rift Valley to the Olympic podium and record books.

But most do not make the big league.

Nearly a thousand Kenyans earn a living competing in marathons across the globe, according to the Athletics Integrity Unit, runners whose times -- though unnoteworthy at home -- would make them stars anywhere else.

They are not taking home the tens of thousands on offer at major marathons but pick up a few hundred, maybe the odd thousand, in second and third-tier races.

These prizes are fiercely coveted by the enormous pool of talented Kenyans. Placing anywhere high-up could support whole families for months, in a country where many live on little more than $1 a day.

It is among this class of competitor -- professional grade, but not elite -- that doping is most rampant and unchecked, athletes say.

"You don't have to be an elite athlete, be on the national team, go to the big races, to make money," said a pharmacist in Eldoret, a city near Iten, who sells EPO to runners for $20 (17 euros) a dose.

Kenya was forced to confront its doping problem in 2016 when a string of high-profile scandals almost saw the country blacklisted from the Olympic Games in Rio.

It scraped through, promising to stamp out cheating through tough new laws penalising users and dealers and a newly-established anti-doping agency (ADAK).

Drug tests jumped ten-fold in a matter of years.

A blood testing laboratory approved by the World Anti-Doping Authority (WADA) opened in Nairobi in 2018. For the first time, Kenya was able to create biological passports for about 40 of its top athletes. 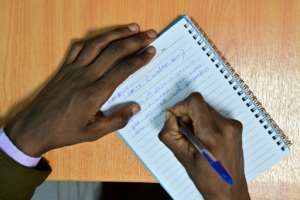 A pharmacist writes out a sample doping regimen. 'We do it for the money. In Kenya, you can do anything for money,' he said. By TONY KARUMBA (AFP)

Big names -- including Olympic gold medallists Jemima Sumgong and Asbel Kiprop -- were among the Kenyan stars to test positive in the years after the Rio scare.

But a whole class of international-grade runners, one step below the best, have gone virtually undetected.

These athletes are not subjected to regular testing by ADAK, which does not have the funds or manpower to monitor such a huge pool of runners.

"It is simple: we need to do more tests," ADAK head Japhter Rugut told AFP.

Many race organisers cannot afford to run comprehensive drug tests for all competitors, so eschew it altogether.

Tony, another athlete who admits to doping, opts to compete in these races where scrutiny is low or non-existent. If there is testing in place, he avoids placing in the top three to evade suspicion, he said.

Tony trains in a squad of 15 runners in Iten -- at least a quarter of whom are doping, he estimated.

"If people stop cheating, I'll stop. I cheat because others have cheated," said Tony, not his real name.

Alex, who started using EPO in 2017, said he had never been tested.

"In life, you have to take risks to win something reasonable," he said.

Rugut said it was difficult to test "thousands and thousands" of athletes, so ADAK was focusing on deterrence.

"If people think they can compete, and there is nobody to test them, they may be tempted," he said.

Efforts to curb the supply of doping substances have been hamstrung in Kenya by lax regulation and the absence of a scheme to trace the drugs back to suppliers, hospitals and pharmacies.

Spot inspections are also rare, if ever.

"There's no one there. There is no controlling body. It's pretty easy as long as you have a license," said the pharmacist in Eldoret, who declined to be named for fear of prosecution. 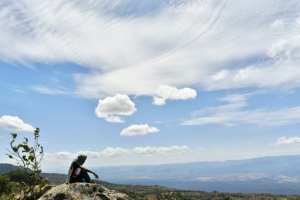 'I could die any time,' said confessed doper Tony. By TONY KARUMBA (AFP)

He admitted to selling EPO to athletes, without prescription, for years, legally importing the hormone from India used to treat patients with anaemia.

But his real customers are runners seeking to boost the amount of oxygen being carried by their blood.

In a September 2018 report, WADA described doping in Kenya as largely "opportunistic" and unsophisticated, listing EPO, corticosteroids and nandrolone as the drugs of choice.

But there can be serious consequences to doping.

The pharmacist said he was aware of the risks of misusing EPO -- heart attacks, stroke and high-blood pressure have been associated with its misuse -- but athletes did not care.

"They do it anyway, and they want it to exist," he said.

"We do it for the money. In Kenya, you can do anything for money."

Tony said he knew there were dangers "and I could die anytime".

"But I take the risk, because I have to take care of myself and my brothers and sisters."

Many athletes are convinced there is no point going clean, because the system is rigged from the top down.

"In Kenya, most people are corrupt. To get rid of doping or cheating in athletics, you have to fight corruption first," said Tony.