Bolga-Bawku Road: We Are Not Beggars- We Hold Our Calabash Asking For Our Fair Share Of The National "Kooko" 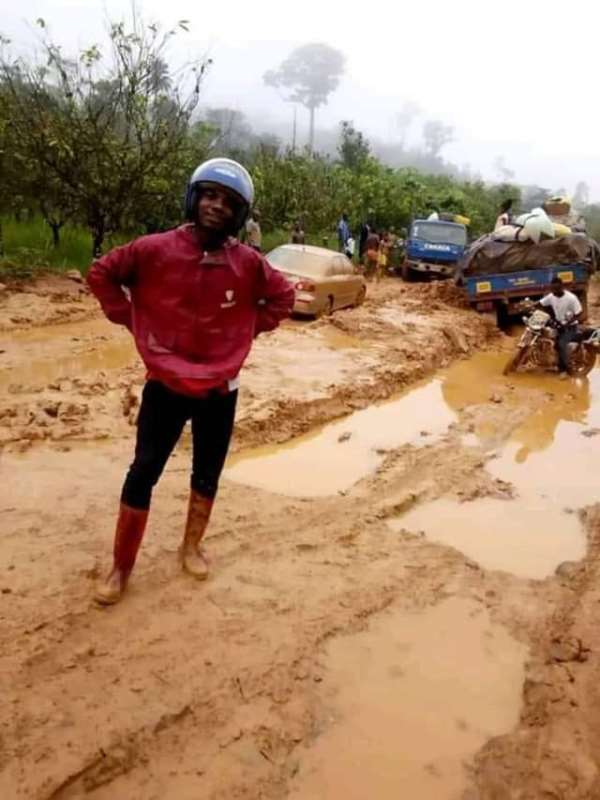 I don't know of any road in Ghana that has received any media publication or political dribbling like the Bolgatanga- Bawku road. The problem of this road dates back to 2008 and eleven years down the line, the situation is getting worse. Successive governments have strategically positioned themselves to score points, by simply awarding "pseudo- contracts", get heavy duty equipment to the road, and induce residents into excitement, score political points and evacuate all vehicles and equipment soon after elections.

In 2016, now former President Mahama cut the sod for the construction of the road, few months to the elections. That did not excite many of us, our skeptism had grown bigger, and we never will wish to be fooled. The contract was awarded to a Brazilian company Queiro Galvao, and they moved to site soon after they were charged to deliver in 910 days. The work began in earnest and continued even after a change in government. At long last what a relieve! we thought.

Fast forward to 2019 and the 910 days given to the contractor ends on January 7th, 2019. One-quarter of the work is only done. The work has ceased, the contractor has packed out, leaving nothing but traces of speculations, doubts and confusions. Politicians have begun positioning themselves to score points with their affiliate youth groups holding press conferences with accusations and counter-accusations to appease their paymasters.

As an average user of the road, and a non-apologetic apolitical citizen who is refusing to be a spectator, I am adding my voice to the many spurned voices to say, enough of the political gymnastics. We cannot be fooled. Good road is our entitlement and we will demand it. We are not beggars, we are tax paying citizens and simply asking that the Bolga- Bawku road be fixed.

Least I forget, the vice president is on record to have said during his Ramadan tour in 2018 that the road will be fixed soon, how soon we still don't know. Then in a similar tour in May, 2019 we are told work will continue in 3 months. It is time and now we have brought our empty calabash asking for our fair share of the national "kooko". Everyone is entitled to one ladle of "kooko" for a start, and no one has the right to receive two when another has not received one. And when all are served we shall still wait for more.

We in Bawku cannot be taken for granted. Sorry if I am a little harsh, I have tried to tone down, but unfortunately, I am writing this article while on the bumpy, and uneven surfaces of the road which is but a signature of government failure. I am keeping an eye on a pregnant woman sitting very close to me, she can't bear it any more. I pray the situation does not induce labour.

Apart from the bumpy and uneven surfaces that are well decorated with manholes, we are also at the mercy of robbers due to the diversions that leads into the thick ends of the forest. This is needlessly terrible. It is sad but that is what the everyday traveller goes through.

Whilst the worse is yet to happen, after several road traffic accidents, regular vehicle breakdown, robberies, deaths of patients on referral, induced labour that can only be attributed to the bad nature of the road, whilst the politicians prepare their beautiful hymns for 2020, and whilst a road that not only links commercial towns in Ghana but serves as an trans-ecowas express road for the transportation of goods into and out of Ghana, politicians should be reminded that we cannot be taken for granted. 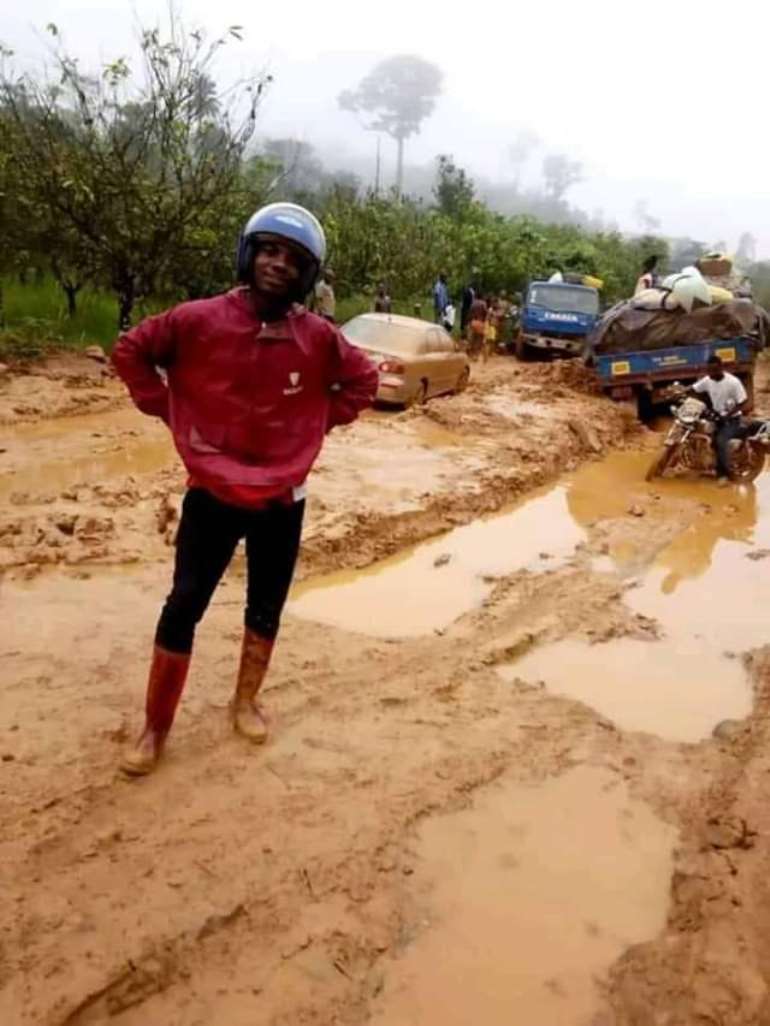 More Article
Modern Ghana Links
The election of Alban Bagbin as Speaker of Parliament is a re-replay of how the verdict of Ghanaians was stolen on 7th December 2020
South Africa failed to get its act together on vaccines: here's how
Cee Writes: Let's Talk About Reopening Properly
South African policies go some way to tackling poverty and inequality. But more is needed
Nigeria's State Houses of Assembly need a greater online presence
Making a hospital space feel psychologically safer helped South African health workers
Pasha 91: Blunders that left South Africa trailing in the vaccine stakes
Why rangers in the Congo's Virunga national park are under attack
No country is an island: collective approach to COVID-19 vaccines is the only way to go
Election Reports Quotes Dossiers
TOP STORIES

NPP may lose 2024 elections if Bawumia is imposed as flag be...
50 minutes ago