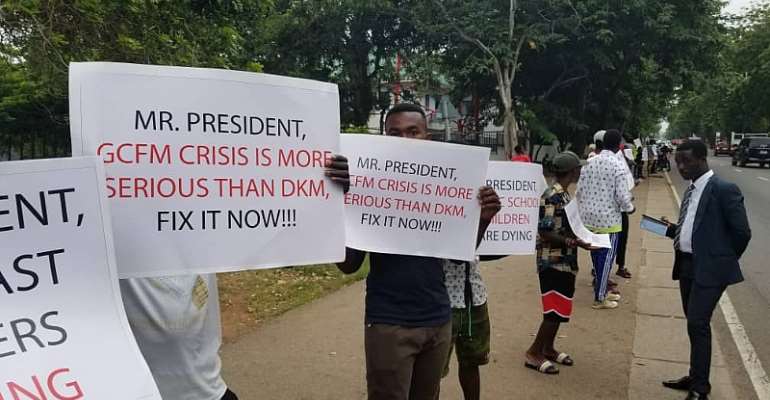 The upset customers of Gold Coast Fund Management lined the street opposite Parliament to demand action from the Finance Minister and President over their locked up funds.

Police have tried to ward them off saying they did not give prior notice but leaders of the group have ignored the warnings.

They say police are complicit in their troubles because they ignored their calls for Dr. Papa Kwasi Nduom’s arrest over alleged fraud. 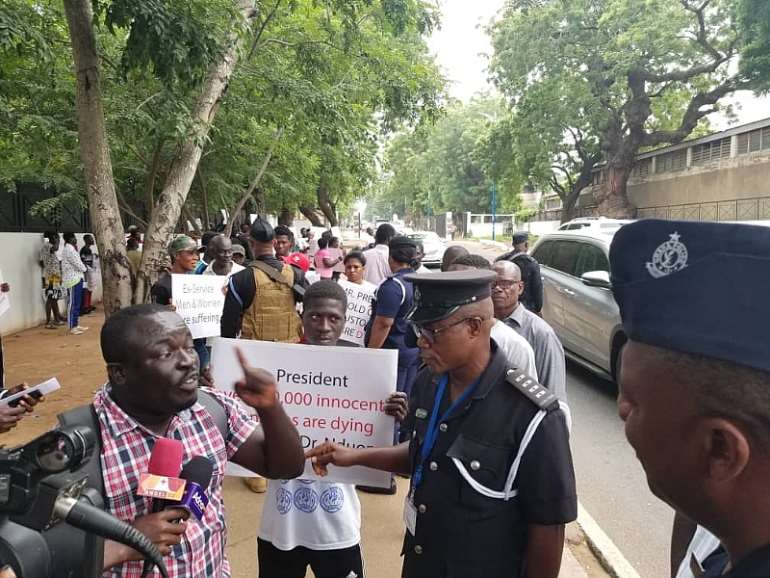 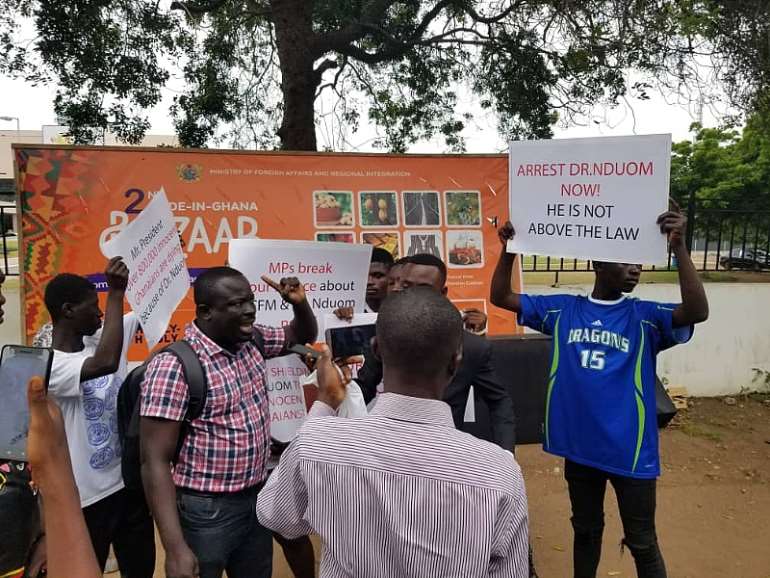 In May, more than 200 aggrieved customers of the Gold Coast Security Fund Management (GCFM) marched through the streets of the Ashanti Regional capital, Kumasi to push the management of the company to pay back their monies.

They said they will continue such protests until the company, which is owned by Dr. Papa Kwesi Nduom, founder of the Progressive People's Party (PPP), pays them their monies.

The customers who wore red bands amidst chants and heavy security marched through the streets with placards expressing their displeasure with the company.

Papa Kwesi Nduom, in a communique on the matter in April, suggested that the government's about GHC 2 billion debt to the company is partly responsible for the difficulties of the customers.

It is prudent to allow investments to run their course before calling them in. Many people will lose money if we were to redeem investments or sell assets before they gain full value. Investments with government agencies once they are legitimate, “do not go bad”. Otherwise, no investor, local or international will respect Ghanaian sovereign guarantee. This is why we have been working with quiet assertiveness with government agencies and private sector organizations to pay what is due to the Gold Coast. What we recover, we use to pay emergency needs and interest arrears of our clients.