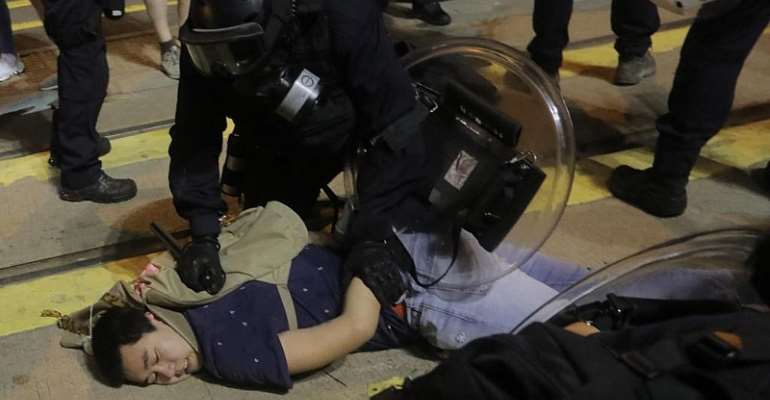 China's Hong Kong liaison body has scheduled a rare press conference to talk about the anti-extradition demonstrations in the Special Administrative Region, or SAR in the south of the country. This past weekend dozens of protestors were arrested.

The street protests against a new measure to allow extraditions from Hong Kong to China have been going on for weeks, since the start of June. They turned unusually violent.

These  demonstrations have been the biggest since the return of the former British Colony to China in 1997.

On Monday afternoon the Hong Kong and Macao Affairs Office is due to hold a press conference.

The United States Chamber of Commerce, Am Cham today called on Hong Kong's leaders to address the grievances and restore stability. Hong Kong is an international financial hub whose stock market opened down at the start of the week.

The Chinese authorities have suspended the extradition issue that triggered the protests. However, the demonstrators have broadened their call to protect and further democracy in Hong Kong before its 50 year SAR status expires in 2047.